Nalanda & Nava Vihara……Kanishka (ruled 78 – 102 CE) supported the Sarvas­tivada School of Hinayana. …Nava Vihara, the main monastery at Balkh, soon became the center of higher Buddhist study for all of Central Asia, comparable to Nalanda Monastery in central northern India. It emphasized study primarily of the Vaibhashika abhidharma and admitted only monks who had already composed texts on the topic. Since it housed a tooth relic of the Buddha, it was also one of the main centers of pilgrimage along the Silk Route from China to India."

Click Here to View the Recent Notes on Nava Vihara

"Nālandā was an ancient center of higher learning in Bihar, India. The site is located about 88 kilometres south east of Patna, and was a religious center of learning from the fifth century AD to 1197 AD. Nalanda flourished between the reign of the Śakrāditya (whose identity is uncertain and who might have been either Kumara Gupta I or Kumara Gupta II) and 1197 AD, supported by patronage from the Hindu Gupta rulers as well as Buddhist emperors like Harsha and later emperors from the Pala Empire…..The complex was built with red bricks and its ruins occupy an area of 14 hectares. (488 by 244 metres) At its peak, the university attracted scholars and students from as far away as Tibet, China, Greece, and Persia. Nalanda was ransacked and destroyed by a Turkish Muslim army under Bakhtiyar Khilji in 1193. The great library of Nalanda University was so vast that it is reported to have burned for three months after the invaders set fire to it, ransacked and destroyed the monasteries, and drove the monks from the site. In 2006, Singapore, China, India, Japan, and other nations, announced a proposed plan to restore and revive the ancient site as Nalanda International University."…..http://en.wikipedia.org/wiki/Nalanda 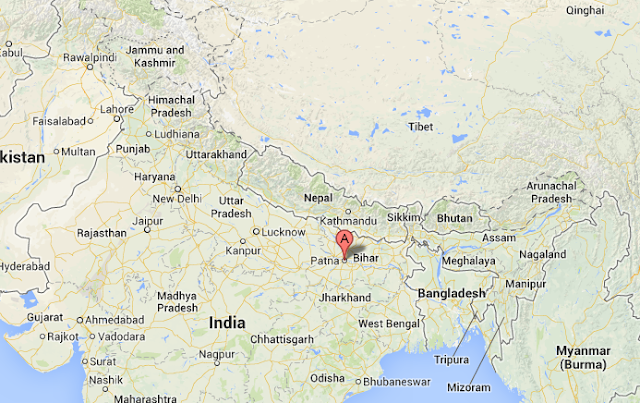 "Historical studies suggest that the University of Nalanda was established during the reign of a king called Śakrāditya, of the Gupta Dynasty (320 to 550 CE). Both Xuanzang and Prajñavarman cite him as the founder, as does a seal discovered at the site….. the history of Nalanda university "falls into two main divisions—first, one of growth, development and fruition from the sixth century to the ninth, when it was dominated by the liberal cultural traditions inherited from the Gupta age; the second, one of gradual decline and final dissolution from the ninth century to the thirteen—a period when the tantric developments of Buddhism became most pronounced in eastern India….When Yijing, Chinese Buddhist, visited Nalanda in 673–695, there were eight colleges, having as many as 300 rooms."……Sukumar Dutt (1962). Buddhist Monks And Monasteries of India: Their History And Contribution To Indian Culture. George Allen and Unwin Ltd, London. p. 344 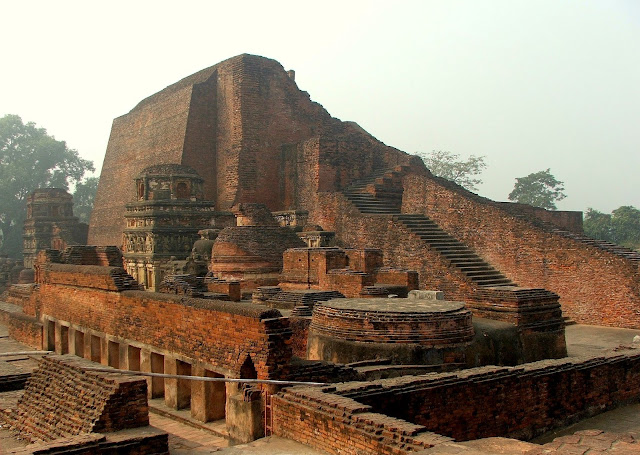 Destruction:……"Evidence in literature suggests that in 1193, the Nalanda University was sacked by Bakhtiyar Khilji, a Turk. The Persian historian Minhaj-i-Siraj, in his chronicle the Tabaqat-I-Nasiri, reported that thousands of monks were burned alive and thousands beheaded as Khilji tried his best to uproot Buddhism. The burning of the library continued for several months and "smoke from the burning manuscripts hung for days like a dark pall over the low hills."…. The library was destroyed in 1197–1203 during the Muslim invasion in which Bakhtiyar Khalji sacked it and set it to flames. According to Tibetan legend, the university and library were reportedly repaired shortly after by Muditabhadra, a Buddhist sage. Unfortunately, the library was again burned by Tirthaka mendicants (Tīrthaṅkars religious teaching form the basis for Jain canons.)….."…..In 1190s, Khilji was also responsible for the destruction of Nalanda University, which was an ancient Buddhist University in Bihar, India, nearby to the stronghold of Bihar. He apparently also massacred the students. The main Persian source for this explains Khilji attacked the fortress unaware that it was a University….. Tabaḳāt-i-nāsiri: a general history of the Muhammadan dynastics of Asia, including Hindustān... Bibliotheca Indica #78 1. Calcutta, India: Royal Asiatic Society of Bengal (printed by Gilbert & Rivington). 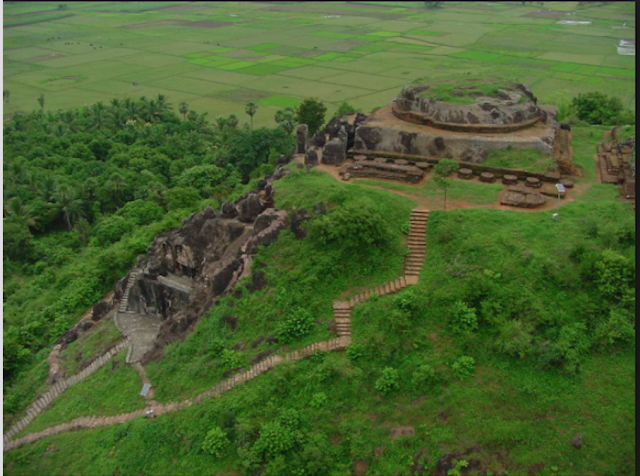 "The Nava Vihāra (Sanskrit: नवविहार "New Monastery", modern Nowbehār, Persian: نوبهار‎) were Buddhist monasteries close to the ancient city of Balkh in northern Afghanistan. The temples and monasteries of Nava Vihara are spread over a very large area about 20 kilometres (12 mi) south of Balkh above Chesme-ye Safā (Persian: چشمه صفا‎ "Clear Spring"), not far from the Koh e Alburz."

The last throne-holder of Nalanda, Shakyashribhadra, fled to Tibet in 1204 at the invitation of the Tibetan translator Tropu Lotsawa (Khro-phu Lo-tsa-ba Byams-pa dpal). In Tibet, he started an ordination lineage of the Mulasarvastivada lineage to complement the two existing ones. ….When the Tibetan translator Chag Lotsawa (Chag Lo-tsa-ba, 1197–1264) visited the site in 1235, he found it damaged and looted, with a 90-year-old teacher, Rahula Shribhadra, instructing a class of about 70 students. During Chag Lotsawa's time there an incursion by Turkic soldiers caused the remaining students to flee. Despite all this, "remnants of the debilitated Buddhist community continued to struggle on under scarce resources until c. 1400 when Chagalaraja was reportedly the last king to have patronized Nalanda."……http://en.wikipedia.org/wiki/Nalanda

"A vast amount of what came to comprise Tibetan Buddhism, both its Mahayana and Vajrayana traditions, stems from the late (9th–12th century) Nalanda teachers and traditions."….

"According to Hwui-Li, a Chinese visitor, Nālandā was held in contempt by some Sthaviras (Sthaviravāda … literally "Teaching Of The Elders", was one of the early Buddhist schools. It was one of the two main movements in early Buddhism that arose from the Great Schism in pre-sectarian Buddhism, the other being that of the Mahāsāṃghika school)….. for its emphasis on Mahayana philosophy. They reportedly chided King Harṣa for patronising Nalanda during one of his visits to Odisha, mocking the "sky-flower" philosophy taught there and suggesting that he might as well patronise a Kapalika temple…(The Kāpālika tradition was a non-Puranic, tantric form of Shaivism in India,whose members wrote the Bhairava Tantras, including the subdivision called the Kaula Tantras. These groups are generally known as Kāpālikas, the "skull-men," so called because, like the Lākula Pāsupata, they carried a skull-topped staff (khatvanga) and cranium begging bowl. )…..When this occurred, Harṣa notified the chancellor of Nālandā, who sent the monks Sāgaramati, Prajñāraśmi, Siṃharaśmi, and Xuanzang to refute the views of the monks from Odisha……Sukumar Dutt (1962). Buddhist Monks And Monasteries of India: Their History And Contribution To Indian Culture. George Allen and Unwin Ltd, London. p. 334.