"…..Pundarika, the first commentator upon the Kalachakra Tantra, distinguishes between.... "one ejaculation, which arises out of karma and serves to perpetuate the chain of rebirth, and another, which is subject to mental control ...” (Naropa, 1994, p. 20). An enlightened one can thus ejaculate as much as he wishes, under the condition that he not lose his awareness in so doing."…..http://www.trimondi.de/SDLE/Part-1-06.htm

"Ithyphallic…..ith·y·phal·lic …..Late Latin thyphallicus, from Greek thuphallikos, from thuphallos,
erect phallus : thus, straight + phallos, phallus; see bhel- in Indo-European roots.
1. Of or relating to the phallus carried in the ancient festival of Bacchus.
2. Having the penis erect. Used of graphic and sculptural representations. 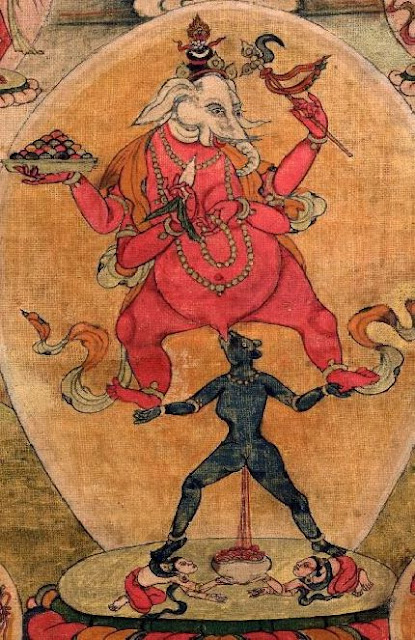 "Sexual imagery in Himalayan Buddhist art, ……There are five main examples of ithyphallic deities: Vajrabhairava, Yama Dharmaraja, Black Jambhala, Ganapati, and Mahadeva (Shiva). ….The aroused state depicts both literally and symbolically an intense desire and passion to accomplish a specific task. In the case of Black Jambhala and Ganapati, the focus is on gaining wealth; for the red forms of Ganapati and Mahadeva, it is wealth and power; and for the meditational deity Vajrabhairava and the special protector Yama Dharmaraja, the symbolism relates to the intensity of their wrathfulness in overcoming ego and obstacles to reaching enlightenment." ….http://www.tricycle.com/blog/himalayan-buddhist-art-101-controversial-art-part-3-ithyphallic-deities 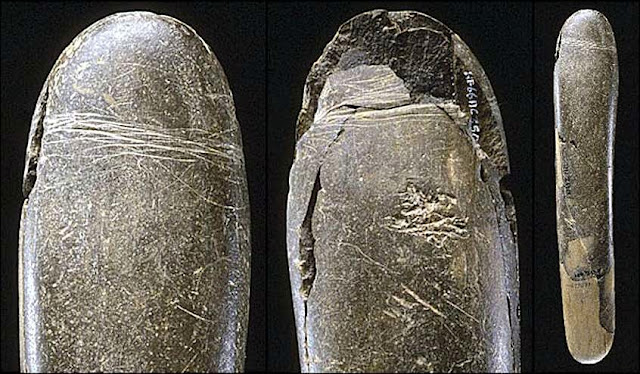 "The Hohle phallus, a 28,000-year-old siltstone phallus discovered in the Hohle Fels cave and first assembled in 2005, is among the oldest phallic representations known."…..

Phallus….."The term is a loanword from Latin phallus, itself borrowed from Greek φαλλός, which is ultimately a derivation from the Proto-Indo-European root *bʰel- "to inflate, swell". Compare with Old Norse (and modern Icelandic) boli "bull", Old English bulluc "bullock", Greek φαλλή "whale"….."….http://en.wikipedia.org/wiki/Phallus 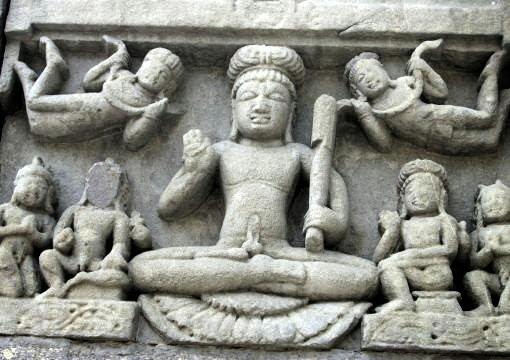 "The main temple in the temple complex at 'Jageshwar Mahadev' is dedicated to ‘Bal Jageshwar’, or the Child Shiva. There is also a temple dedicated to Vridh Jageshwar, or Old Shiva, situated on the higher slopes. According to tradition, Lord Shiva came to meditate here, and when the women of the village came to know of this, they immediately left their household chores to have his darshan. When the men of the village heard of this, they were infuriated and came to see who is this sadhu who has captivated their women. Seeing the commotion, Shiva took the form of a child...."...http://en.wikipedia.org/wiki/Jageshwar 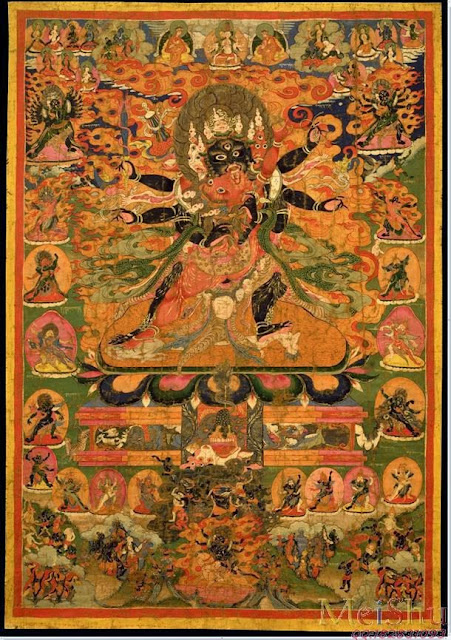 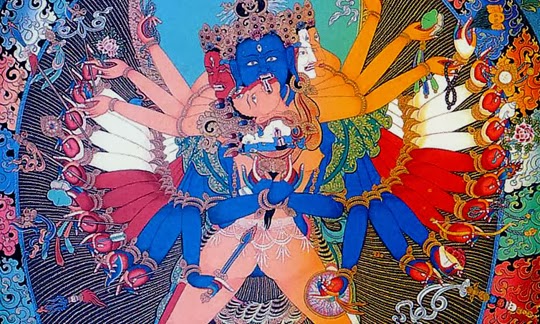 "Kalachakra….."This empty body of the sadhaka is then in the course of the initiation occupied by the deity or the lama respectively. Chögyam Trungpa has expressed this in unmistakable terms: “If we surrender our body to the guru we are surrendering our primal reference point. Our body becomes the possession of the lineage; it is not ours any more. ... I mean that surrendering our body, psychologically our dear life is turned over to someone else. We do not have our dear life to hold any more” (June Campbell, 1996, p. 161)…..The Kalachakra Tantra describes this process as an “act of swallowing” which the lama performs upon the initiand. In a central drama of the Time Tantra which is repeated several times, the oral destruction of the sadhaka is graphically demonstrated, even if the procedure does only take place in the imagination of the cult participants. The following scene is played out: the guru, as the Kalachakra deity, swallows the pupil once he has been melted down to the size of a droplet. As a drop the initiand then wanders through the body of his masters until he reaches the tip of his penis. From there the guru thrusts him out into the vagina and womb of Vishvamata, the wisdom consort of Kalachakra. Within Vishvamata’s body the pupil as drop is then dissolved into “nothingness”. The rebirth of the sadhaka as a Buddhist deity takes place only after this vaginal destruction. Since the androgyne vajra master simultaneously represents Kalachakra and Vishvamata within one individual and must be imagined by the adept as “father–mother” during the entire initiation process, he as man takes over all the sex-specific stages of the birth process — beginning with the ejaculation, then the conception, the pregnancy, up to the act of birth itself."….http://www.trimondi.de/SDLE/Part-1-06.htm

"…..the “white bodhicitta” and the “secret substance” are nothing other than the semen virile……sperm gnosis, which so decisively shapes not just the Kalachakra but rather all tantras. The same name, bodhicitta, is borne by both the male seed and the supreme mystic experience, that of the “clear light”. This already makes apparent how closely interlaced the semen virile and enlightenment are. The bodhicitta ("wisdom-mind”) is characterized by the feeling of “supreme bliss” and “absolute self-awareness”. A connection between both states of consciousness and the male sperm seems to be a necessity for the tantric, since, as we may read in the Hevajra Tantra, “without semen there would be no bliss and without bliss semen would not exist. Since semen and bliss are ineffective on their own they are mutually dependent and bliss arises from the union with the deity” (Farrow and Menon, 1992, p. 169)…..http://www.trimondi.de/SDLE/Part-1-06.htm