"The Tibetan astrological sciences can be classified into three categories: astronomy (skar-rtsis) and elemental astrology ('byung-rtsis) and divination and prediction purpose (gyang char). Both skar-rtsis and 'byung-rtsi are blends of Indian, Persian, Greece and Buddhist traditions. Tibetan 'byung-rtsis is the ancient art of calculation and elucidation of celestial phenomena. The Tibetan system of astronomy, skar-rtsis, is the study of cosmology. This system draws from the Kalachakra Tantra. Therefore, it is the very important for yogis to master dkar-rtsis for the practice Kalachakra Tantra."......The Central University of Tibetan Studies (CUTS) at Sarnath...http://www.cuts.ac.in 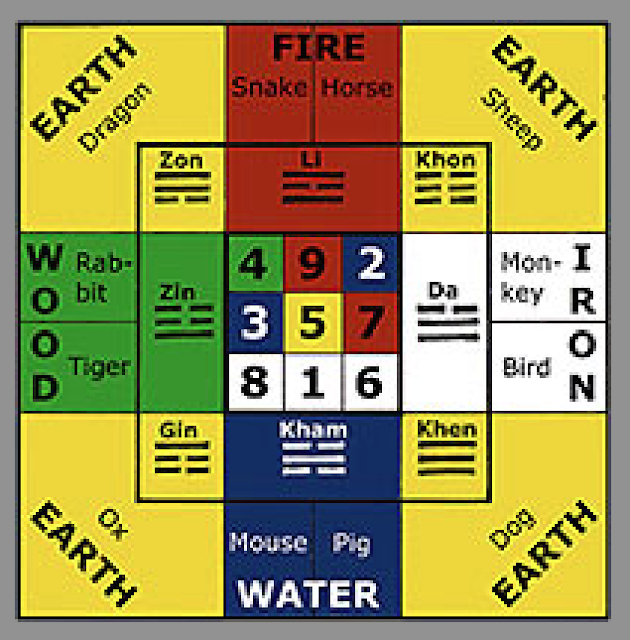 "Elemental Astrology - Byung rTsis.....The oldest type of Tibetan astrology, Byung-rTsis is also called Nagtsi, which means black calculation. Byung-rTsis has its origin in ancient Tibetan Bön culture and has Chinese influence, with its name coming from the black clothes that were common to the ancient Chinese people. Byung-rTsis is pronounced Jung-Tsi, and in some English texts called Jungtsi. This system has no mathematical calculations or planetary observation. Byung-rTsis is based upon the relationships of the five elements, twelve animal signs, nine magic Mewa square numbers and the eight Parkha trigrams. Each year has its own element and animal sign, and also each month, day and hour has its own element.".....http://www.tactus.dk/tacom/elemental1.htm 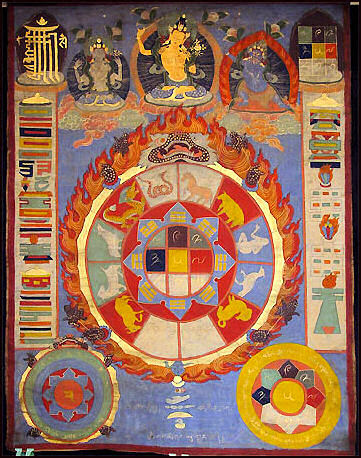 "Surviving Zoroastrian texts indicate that astrology was used by ancient Zoroastrians and their priests, the magi, primarily as a method of measuring historical and calendrical time. They developed an astrology of the world and used astrology as a means to date events in Aryan history. The magi also used astrology to predict cyclical events such as seasons and significant climatic changes that would cause community-wide changes.....the concept of the khvarenah. The khvarenah is a particular talent or set of talents and with which everyone is born and which a person can develop through free will and then employ for good or evil to the extent of her or his ability. When employed for good, a person manifests one’s meaning in life. The khvarenah is also the archetype of what a person can grow to if allowed to grow to the limit of her or his capacity in grace; it is a person's higher calling – that person’s potential meaning in life. A person needs to recognize her or his own khvarenah. Sometimes people find their khvarenah, sometimes easily and sometimes after some searching. Once found, it can be however be lost - a person can 'loose' herself or himself if a person's spirit and commitment are not strong enough and if she or he is easily distracted especially by base ambitions......The priests of Zoroastrianism, the magha or maga, were known to the Greeks as the magi (singular: magus). Plato (429–347 BCE)...".....http://zoroastrianastrology.blogspot.com/ 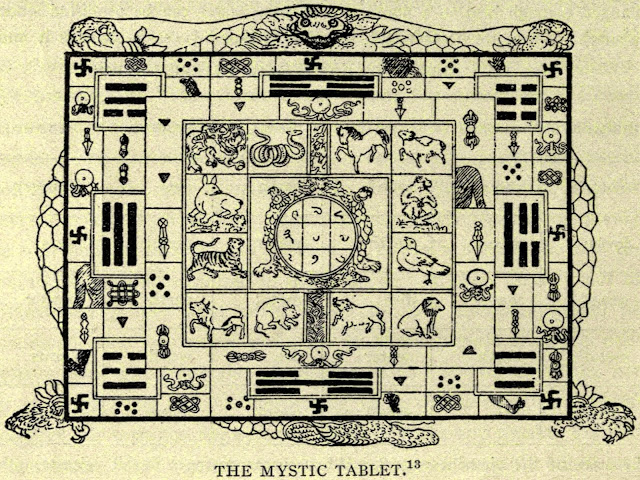 "The Lo Shu square on the back of a small turtle (in the center), surrounded by the signs of the Chinese zodiac and the Eight trigrams, all carried by a large turtle (which, presumably, stands for the Dragon horse that had earlier revealed the trigrams to Fu Xi). This example drawn by an anonymous Tibetan artist.".....Yoshio Mikami, The Development of Mathematics in China and Japan, 1913.....Click on the image to enlarge.

"Traditionally, the I Ching and its hexagrams were thought to pre-date recorded history, and based on traditional Chinese accounts, its origins trace back to the 3rd to the 2nd millennium BC..... the I Ching originated with the mythical Fu Xi (伏羲 Fú Xī). In this respect he is seen as an early culture hero, one of the earliest legendary rulers of China (traditional dates 2800 BC-2737 BC), reputed to have had the 8 trigrams (八卦 bā guà) revealed to him supernaturally......

"The earliest Chinese characters for yin and yang are found in inscriptions made on 'oracle bones' (skeletal remains of various animals used in ancient Chinese divination practices at least as early as the 14th century BCE). In these inscriptions, yin and yang simply are descriptions of natural phenomena such as weather conditions, especially the movement of the sun. There is sunlight during the day (yang) and a lack of sunlight at night (yin)....In Zoroastrianism, the metaphor of the duality of light and no-light is all pervasive. It is even used to develop an understanding of the divine for divine spiritual light is one that casts no shadow - the spiritual light is a-dui, not-dual.....The Yin-Yang concept was incorporated into Confucianism and Daoism (Taoism) around the 6th century BCE. Confucian* and Daoist texts make reference to a pre-existing book, the 'Zhouyi', which is another name for the Ye-Jing (sometimes Yijing) or I-Ching, the Book of Changes. Ye (I) means easy or simple as an adjective and change as a verb. Jing (Ching) means "canon", "great book", or "classic"......