"There is a dimension of surprise that we never thought of, we never expected. We never expected the sky to drop on our head."......The Blue Pancake........A teaching on maha ati by Chögyam Trungpa Rinpoche......http://www.shambhala.org/teachers/vctr/bluepancake.html

"It is as though we were building a city or a zoo, and suddenly the whole sky turned into a gigantic pancake and dropped on us. There is a new dimension of surprise that we never thought of, we never expected. We never expected the sky to drop on our head....The sky turns into a blue pancake and drops on our head-nobody believes that. But in maha ati experience, it actually does happen. There is a new dimension of shock. a new dimension of logic.......Our perspective becomes completely different...You have nowhere to go. It is a cosmic pancake that falls everywhere on the face of the earth. You cannot escape-that is the basic point. ...in ati we are talking about the sky collapsing onto us.".....Chögyam Trungpa Rinpoche......The Naropa Institute in 1974 and appears in Journey Without Goal, from Shambhala Publications.

"Buddhism has a number of schools, primarily divided into the hinayana, mahayana and vajrayana traditions, and squabbling goes on among all of them. They all speak the language of totality, and every one of them claims to have the answer. The hinayanists may say that they have the answer because they know reality. The mahayanists may say that the bodhisattva is the best person that we could ever find in the world. Tantric practitioners may say that the most fantastic person is the powerful and crazy yogi who is unconquerable and who has achieved siddhis and magical powers of all kinds. Let them believe what they want......" ....Chögyam Trungpa Rinpoche......http://www.shambhala.org/teachers/vctr/bluepancake.html

"Practice means that everything you do, you act from Blue Sky Mind. You don't run off with your delusions when they arise. Seeing them as clouds, you begin to understand that which stays and that which goes. This Blue Sky Mind observes all of these passing conditions and sees them all clearly, but it isn't any one of those states itself....Blue Sky Mind, this unstainable consciousness, Buddha nature. Through practice you develop the strength to not identify with the things that come up and begin to prefer the spaciousness of your unstainable consciousness. The more time you spend as Blue Sky, the less you will want to spend time as clouds. To the extent that you spend time in this birthless mind, in the mind that hasn't taken the hard form of opinion, likes, and dislikes, to that extent you can have a flexible, expansive, and open mind.....You keep returning to Blue Sky Mind and as you spend more and more time there, eventually that becomes your place of residence. At this point it feels like a true turn-around has occurred, one with entirely different quality of being..".....http://www.dailyzen.com/zen/zen_reading35.asp

Tengri (Old Turkic: ; Modern Turkish: Tanrı; Proto-Turkic *teŋri / *taŋrɨ; Tngri; Modern Mongolian: Тэнгэр, Tenger), is one of the names for the primary chief deity in the religion of the early Turkic (Xiongnu, Hunnic, Bulgar) and Mongolic (Xianbei) peoples. Worship of Tengri is sometimes referred to as Tengrism. The core beings in Tengrism are Sky-Father (Tengri/Tenger Etseg) and Mother Earth (Eje/Gazar Eej). It involved shamanism, animism, totemism and ancestor worship......The Mongolian Great Khans of the 13th century ideologically based their power on a mandate from Tengri himself, and began their declarations with the words "by the will of Eternal [Blue] Heaven......The Turko-Mongolic concept of a sky god has an analogy in the Daoist coinage of 靝 (with 青 "blue" and 氣 "qi", i.e., "blue heaven") and Confucian concept of Tian Li.".....http://en.wikipedia.org/wiki/Tengri

"The Turkic sky god Tengri is strikingly similar to the Indo-European sky god, Dyeus, and the structure of the reconstructed Proto-Indo-European religion is closer to that of the early Turks than to the religion of any people of Near Eastern or Mediterranean antiquity."...Mircea Eliade, John C. Holt, Patterns in comparative religion, 1958, p. 94.

"Dyēus Phytēr is the god of the day-lit sky and the chief god of the Indo-European pantheon. The name survives in Greek Zeus with a vocative form Zeu pater; Latin Jūpiter (from the archaic Latin Iovis pater; Diēspiter), Sanskrit Dyáus Pitā, and Illyrian Dei-pátrous."....http://en.wikipedia.org/wiki/Proto-Indo-European_religion 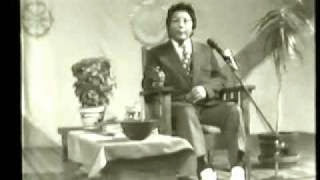 This teaching was adapted from Chögyam Trungpa Rinpoche's lectures on tantra at The Naropa Institute in 1974 and appears in Journey Without Goal, from Shambhala Publications......From The Essential Chögyam Trungpa, edited by Carolyn Gimian......© 1999 by Diana J. Mukpo.......Excerpted in the Shambhala Sun, September 1998, Halifax, www.shambhalasun.com