"Those who have been fearless in their search and fearless in their proclamation belong to the lineage of master warriors, whatever their religion, philosophy, or creed...They are the fathers and mothers of Shambhala." (Trungpa: 1984..pg 179) 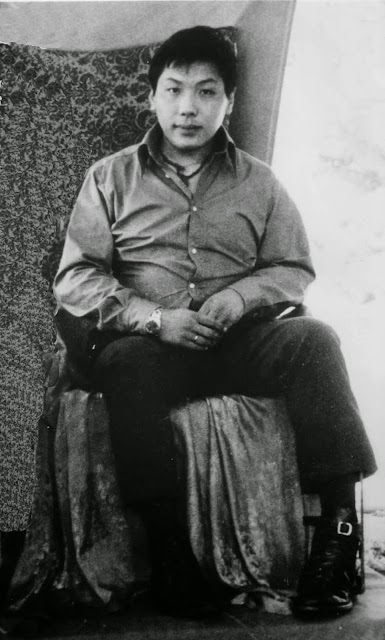 "The term spiritual warrior is used in Buddhism for one who combats the universal enemy: self-ignorance (avidya), the ultimate source of suffering according to Buddhist philosophy. Different from other paths, which focus on individual salvation, the spiritual warrior's only complete and right practice is that which compassionately helps other beings with wisdom. This is the Bodhisattva ideal (the "Buddha-in-waiting"), the spiritual warrior who resolves to attain buddhahood in order to liberate others......The Shakyans maybe considered a warrior-dominated republican federation, called the "sangha", with an aristocratic democratic tradition comparable to the Greeks......http://en.wikipedia.org/wiki/Spiritual_warrior

"Warrior-ship here does not refer to making war on others. Aggression is the source of our problems, not the solution. Here the word “warrior” is taken from the Tibetan “pawo,” which literally means, “one who is brave.” ... "And now here is my secret, a very simple secret: It is only with the heart that one can see rightly, what is essential is invisible to the eye." Chogyam Trungpa..."Shambhala: Sacred Path of the Warrior" by Chogyam Trungpa, Shambhala, March 12, 1988, ISBN 0-87773-264-7

Pawo (Wylie: dpa' bo; literally "brave guy") is translated "hero" or "warrior". Depending on context, it can refer to the ideal of a Vajrayana practitioner; to living people (where it is sometimes used as an honorific or part of a name); to legendary or mythical figures from the past; or to purely spiritual beings........"Pawo" translates the Sanskrit terms daka and vira, with similar meaning.......Pawos are typically described in consort with khandros, their feminine counterparts.......The tülku Nenang Pawo is often known simply as Pawo Rinpoche.........The concept plays a central role in Chögyam Trungpa's Shambhala terma, where "pawo" is translated "warrior"......http://en.wikipedia.org/wiki/Pawo

"Pawo (dPa’ bo) (Tibetan): daka or vira (Sanskrit)......Pamo (dPa’ mo) (Tibetan). In Tibetan Buddhism the terms khandro or khandroma (mKha’ ’gro or mKha’ ’gro ma) (Tibetan) are frequently encountered in relation to women – this is the wisdom quality of women. The method quality is pamo. Khandro refers to the elements manifesting as female sky-dancing figures, surrounding either an awareness image (yidam) or an historical religious figure. They are designated as female because the central figure is usually male. Khandro is actually the contracted form of two words: ‘khandroma’ and ‘khandropa’. The enlightened woman can manifest as either khandroma or pamo, and the enlightened man can manifest as either pawo or khandropa. The pawo is the male warrior and the pamo is the female warrior. The term khandro or dakini (Sanskrit) is used to express phenomena manifesting symbolically as the female and male aspects of the five elements."....http://www.spacious-passion.org/shared/text/s/spacious_passion_ch_08_spacious_01_authenticity_eng.php

".....shamanism continues to be practiced in Tibet in its archaic form and such a practitioner is generally known as a Pawo (dpa'-bo) or Lhapa.....This social function is clearly distinguished from that of the Lama or priest. A Lama is usually, although not always, a monk, whether he is nowadays a Buddhist or a Bonpo. In general, a Lama relates to the higher divine reality as a supplicant, communicating with that dimension through the medium of prayer, meditation, and the performing of offering rituals called pujas. In addition, there exists another kind of practitioner, the Ngakpa (sngags-pa) or Tantric magician and exorcist. Whereas the Lama or priest prays and petitions the higher spiritual order, the Tantrika or magician, by virtue of his magical power and his mastery of mantras, or spells and invocations, commands the spirits to obey his will and to do his bidding. The Pawo or shaman, on the other hand, is characterized by ecstasy, the entering into an altered state of consciousness, in order to have direct personal contact with the spirit world. But in Tibet, the methods of these three types of practitioners of healing-- the Pawo or shaman, the Ngakpa or magician, and Lama or priest-- are not necessarily exclusive. ......They may be either Buddhist or Bonpo in terms of their religion, although nowadays the majority of Ngakpas belong to the Nyingmapa school. Moreover, the most Pawo shamans in Tibet, although their shamanic techniques are of a different origin, now identify themselves as Buddhists in terms of their religious affiliation..".....http://vajranatha.com/articles/traditions/bonpo.html?showall=1

" The Avestan society was broadly divided into three groups: priests, herdsmen, and warriors; for the latter the Gaθas used nar "man" hence "warrior," while the Younger Avesta gave raθaeštar > raθaešta "in chariot standing" hence "charioteer/mounted warrior" and by generalization "warrior" Each clan provided a number of warriors, indicating its social standing; hence, "troops of warriors" were among the most cherished boons Iranians asked from their gods. Blood-related warriors stood together under the banner (drafša) of the chief of the clan, so that the armed tribe was at the same time the tribal army . Regional lords led the army (spāδa), arrayed its ranks, prayed to Mithra for victory, and went to battle (hamarana) fully prepared.".....http://www.cais-soas.com/CAIS/Military/avestan_army

“In the process of burning out these confusions, we discover enlightenment. If the process were otherwise, the awakened state of mind would be a product dependent upon cause and effect and therefore liable to dissolution. Anything which is created must, sooner or later, die. If enlightenment were created in such a way, there would always be a possibility of ego reasserting itself, causing a return to the confused state. Enlightenment is permanent because we have not produced it; we have merely discovered it.” (Trungpa: 1984.)