"Kanishka (Kanishka the Great), (Sanskrit: कनिष्क, Bactrian language: Κανηϸκι, Middle Chinese: 迦腻色伽 (Ka-ni-sak-ka > New Chinese: Jianisejia)) was a Turushka (or Turko-Tatar) emperor of the Kushan dynasty (127–151) who ruled an empire extending from Turfan in the Tarim Basin to Pataliputra on the Gangetic plain and famous for his military, political, and spiritual achievements. His main capital was at Purushpura (Peshawar in present-day Khyber Pakhtunkhwa, Pakistan) with regional capitals at the location of present-day Bagram in Afghanistan and Mathura in India. 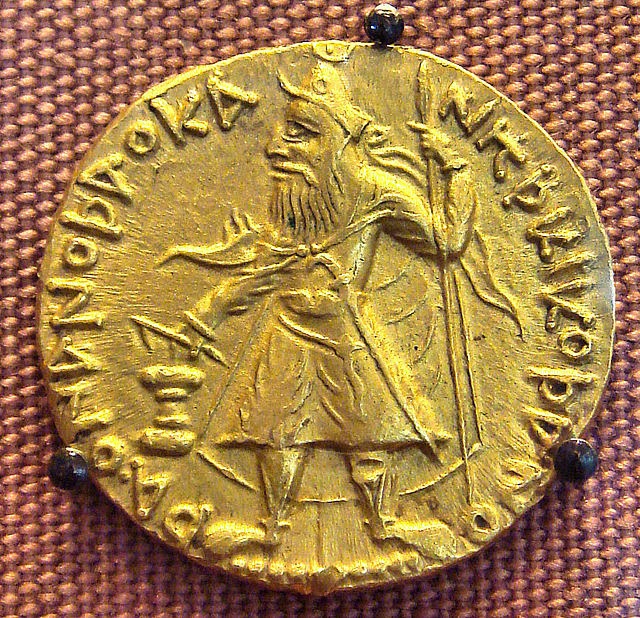 Gold coin of Kanishka. British Museum.
Coronation Chinese records of Yueh-chi show coronation as 78 AD
Titles King of Kings, the Great Saviour, the Son of God, the Shah, the Kushan 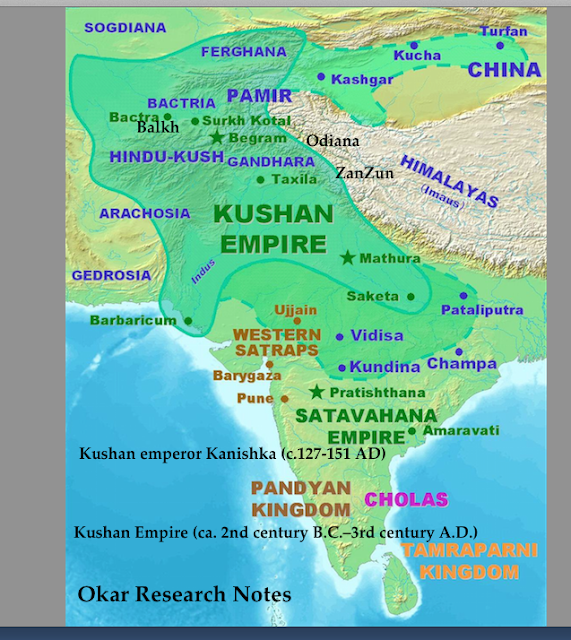 'The Fourth Buddhist Council (Sarvastivada tradition) is said to have been convened by the Kushan emperor Kanishka (r. 127-151 CE), perhaps in 78 CE in Kashmir (Od-i-ana). The Fourth Council of Kashmir is not recognized as authoritative in Theravada; reports of this council can be found in scriptures which were kept in the Mahayana tradition. The Mahayana tradition based some of its scriptures on (refutations of) the Sarvastivadin Abhidharma texts, which were systematized at this council....King Kanishka gathered 500 monks headed by Vasumitra, (Sarvāstivāda school of Buddhism who flourished in the 2nd century ce. A native of Gandhāra.he presided over the Council of Kaniṣka )........partly, it seems, to compile extensive commentaries on the (Sarvastivadin) Abhidharma."......http://en.wikipedia.org/wiki/Fourth_Buddhist_council 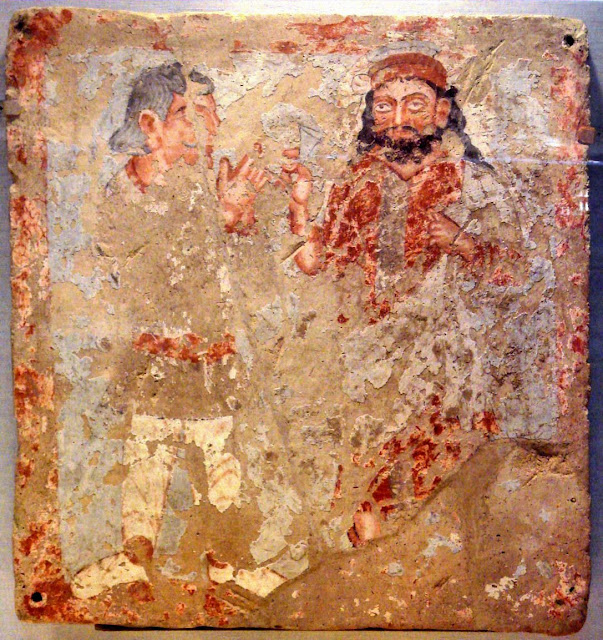 "..... it was also around this time that a significant change was made in the language of the Sarvāstivādin canon, by converting an earlier Prakrit version into Sanskrit. Although this change was probably effected without significant loss of integrity to the canon, this event was of particular significance since Sanskrit was the official holy language of Brahmanism in India, and was also being used by other thinkers (regardless of their specific religious or philosophical allegiance), thus enabling a far wider audience to gain access to Buddhist ideas and practices. For this reason, all major (Sarvastivad and Mahayana) Buddhist scholars in India thereafter wrote their commentaries and treatises in Sanskrit."......http://en.wikipedia.org/wiki/Fourth_Buddhist_council

"....By the time of the Fourth Buddhist councils, Buddhism had long since splintered into different schools. The Theravada had a Fourth Buddhist Council in the first century BCE in Tambapanni, i.e. Sri Lanka...... the Mahavihara Priests who were Theravadians were once attacked at the Mahavihara Premises killing many and driving away the others. The temple was destroyed and in its place a Mahayana Temple was built....."

"Some scholars also speculate that the Prajnaparamita Sutras were written in response to Abhidharma's ultrarealism.".......Skilton, Andrew. A Concise History of Buddhism. 2004. p.94 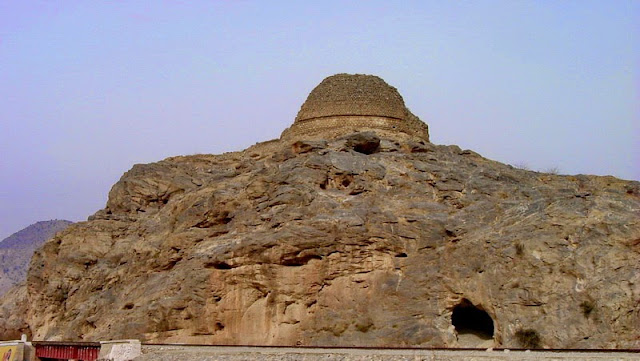 "Kanishka's greatest contribution to Buddhist architecture was the Kanishka stupa at Peshawar, Pakistan. Archaeologists who rediscovered the base of it in 1908–1909 ascertained that this stupa had a diameter of 286 feet (87 metres). Reports of Chinese pilgrims such as Xuan Zang indicate that its height was 600 to 700 (Chinese) "feet" (= roughly 180–210 metres or 591–689 ft.) and was covered with jewels. Certainly this immense multi-storied building ranks among the wonders of the ancient world."....http://en.wikipedia.org/wiki/Kanishka