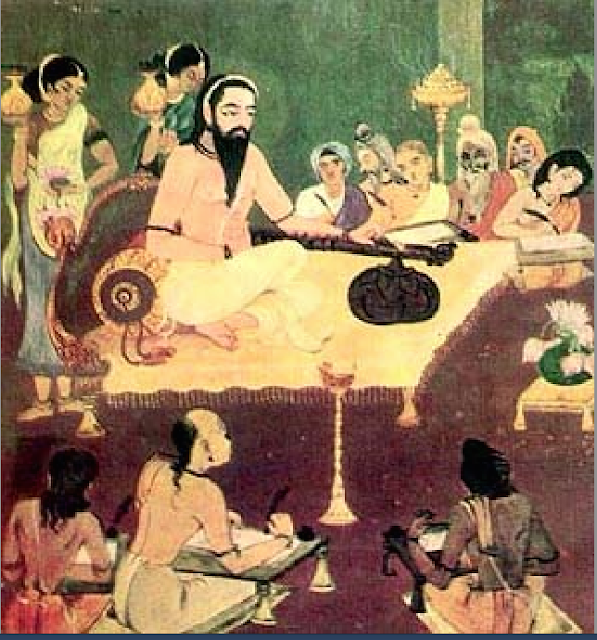 Acharya Abhinavagupta....(c. 950 – 1020 AD was one of Kashmir's greatest philosophers, mystics and aestheticians.He was also considered an important musician, poet, dramatist, exegete, theologian, and logician – a polymathic personality who exercised strong influences on Indian culture. Abhinavagupta was strongly influenced by Buddhist logic....He was born in the Valley of Kashmir in a family of scholars and mystics and studied all the schools of philosophy and art of his time under the guidance of as many as fifteen (or more) teachers and gurus. In his long life he completed over 35 works, the largest and most famous of which is Tantrāloka, an encyclopaedic treatise on all the philosophical and practical aspects of Trika and Kaula (known today as Kashmir Shaivism)."

"The Kāpālika tradition was a non-Puranic, tantric form of Shaivism, whose members wrote the Bhairava Tantras, including the subdivision called the Kaula Tantras. These groups are generally known as Kāpālikas, the "skull-men," so called because, like the Lākula Pāsupata, they carried a skull-topped staff (khatvanga) and cranium begging bowl. Unlike the respectable Brahmin householder of the Shaiva Siddhanta, the Kāpālika ascetic imitated his ferocious deity, and covered himself in the ashes from the cremation ground, and propitated his gods with the impure substances of blood, meat (Note: including charnel ground human flesh), alcohol, and sexual fluids from intercourse unconstrained by caste restrictions. The Kāpālikas thus flaunted impurity rules and went against Vedic injunctions. The aim was power through evoking deities, especially goddesses."....Flood, Gavin. 2003. The Blackwell Companion to Hinduism. Malden: Blackwell. pg. 212

"The practice of Yoga and Tantra was common to the Vajrayana Buddhism and (the Kapalika, Kaula and other) Shaiva cults. Natha cult was the result of the fusion of the two streams of rival cults, based on the common factor of Tantric yoga. Occult sexual practices and experiments were integral part of the Vajrayana and Kapalika Tantra philosophies."....http://tulu-research.blogspot.com/2008/01/80-macchendra-goraka-and-pingala.html

"Kapalika and Buddhism.....Beer (2003: p. 102) relates how the symbolism of the khatvanga that entered esoteric Buddhism was a direct borrowing from the Shaivite kapalikas who frequented places of austerity such as charnel grounds as a form of left-hand path (Sanskrit: vamamarga) spiritual practice (Sanskrit: sadhana): The form of the Buddhist khatvanga derived from the emblematic staff of the early Indian Shaivite yogins, known as kapalikas or 'skull-bearers'. The kapalikas were originally miscreants who had been sentenced to a twelve-year term of penance for the crime of inadvertently killing a Brahmin. The penitent was prescribed to dwell in a forest hut, at a desolate crossroads, in a charnel ground, or under a tree; to live by begging; to practice austerities; and to wear a loin-cloth of hemp, dog, or donkey-skin. They also had to carry the emblems of a human skull as an alms-bowl, and the skull of the Brahmin they had slain mounted upon a wooden staff as a banner. These Hindu kapalika ascetics soon evolved into an extreme outcast sect of the 'left-hand' tantric path (Skt. vamamarg) of shakti or goddess worship. The early Buddhist tantric yogins and yoginis adopted the same goddess or dakini attributes of the kapalikas. These attributes consisted of; bone ornaments, an animal skin loincloth, marks of human ash, a skull-cup, damaru, flaying knife, thighbone trumpet, and the skull-topped tantric staff or khatvanga."....Beer, Robert (2003). The handbook of Tibetan Buddhist symbols. Serindia Publications. ISBN 1-932476-03-2

"Kalamukha or Kālāmukha (from the Sanskrit black-face) refers to a member of a medieval Shaivite sect noted for its asceticism. Scholars have commonly been associated the Kalamukhas with the Kāpālikas, or skull-bearers, another group of ascetics who undertook ascetic practices common to both Buddhist and Hindu Tantra. Like the Kapalikas, the Kalamukhas are often described as employing disturbing imagery of death and even cannibalism in their rituals. More recent scholarship on the Kalamukhas suggests they may not have had as much in common with the Kapalikas as has typically been thought; while the Kapalikas embraced horrific imagery, the Kalamukhas seem to have been a less extreme, favouring instead a temple-based approach."....http://en.wikipedia.org/wiki/Kalamukha 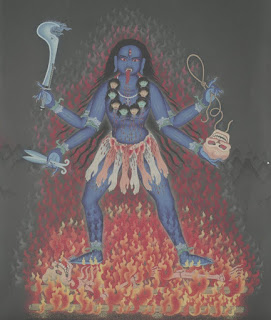 "Kashmir Shaivism arose during the eighth or ninth century CE. in Kashmir and made significant strides, both philosophical and theological, until the end of the twelfth century CE."....

"The Vigyan Bhairav Tantra (Sanskrit: विज्ञान भैरव तन्त्र, Vijñāna Bhairava Tantra) is a key text of the Trika school of Kashmir Shaivism. Cast as a discourse between the god Shiva and his consort Devi or Shakti, it briefly presents 112 meditation methods or centering techniques (dharanas). These include several variants of breath awareness, concentration on various centers in the body, non-dual awareness, chanting, imagination and visualization and contemplation through each of the sense organs." 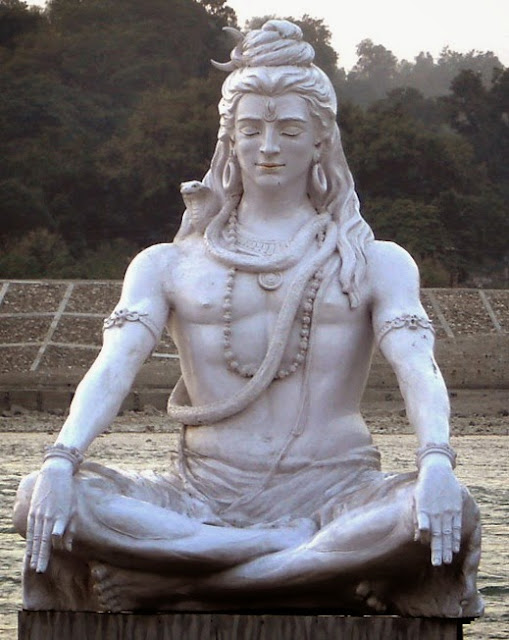 Shiva or Siva....Lord SHIVA Shiwa ... Siva (Shiva, Shiwa) as the main deity of Mt Kailas....According to Hinduism, Lord Shiva, the destroyer of ignorance and illusion, resides at the summit of a legendary mountain named Kailās, where he sits in a state of perpetual meditation along with his wife Pārvatī.... The 360 Werma Deities dwell in Mt Kailas.