"Egyptian civilization coalesced around 3150 BC (according to conventional Egyptian chronology) with the political unification of Upper and Lower Egypt under the first pharaoh....c. 3150 BC beginning of the reign of Narmer, first pharaoh to unify Ancient Egypt and founder of the 1st Dynasty....Narmer was probably the successor to the Protodynastic pharaohs Scorpion and/or Ka.....mainstream Egyptological consensus identifies Narmer with the First Dynasty pharaoh Menes."....Edwards, IES (1971), "The early dynastic period in Egypt", The Cambridge Ancient History

"The Pamir Mountains near Balkh have been known since the earliest times, when first caravans went to ancient Egypt, bringing sky-colored lapis lazuli to the country. We are very limited on information about that time. But one thing is clear; the country was on the Great Silk Route for a long time. And huge ruins of old fortresses still remain silent about that time///Sar-i Sang lapis lazuli mine, probably dating from proto-historic times. It consists of one old disused shaft and two new shafts. This was the main source of lapis lazuli in the ancient world, with lapis from here occurring in such famous archaeological discoveries as the Royal Treasure of Ur (founded circa 3800 BC) and the Tomb of Tutankhamun (1323 BC)....." 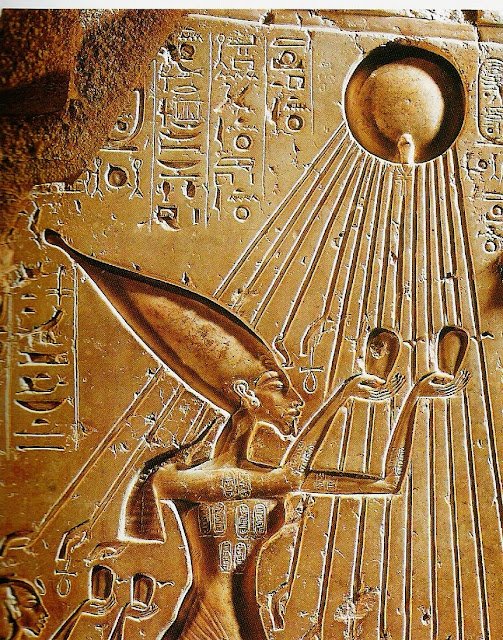 "The Tale of Sinuhe is considered one of the finest works of Ancient Egyptian literature. It is a narrative set in the aftermath of the death of Pharaoh Amenemhat I, founder of the 12th dynasty of Egypt, in the early 20th century BC. It is likely that it was composed only shortly after this date, albeit the earliest extant manuscript is from the reign of Amenemhat III, ca. 1800 BC.".....http://en.wikipedia.org/wiki/Story_of_Sinuhe 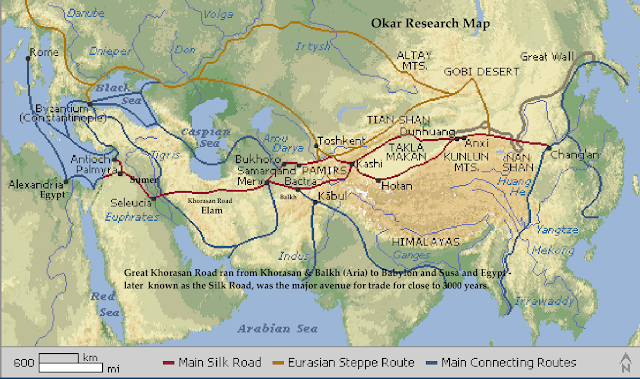 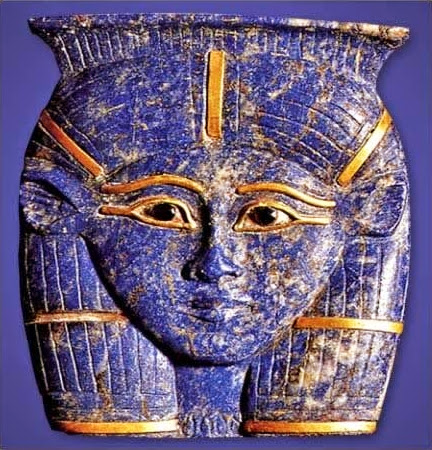 Egyptian goddess Hathor as Lapis Lazuli....Top quality lapis lazuli comes from Afghanistan where it has been mined for centuries. 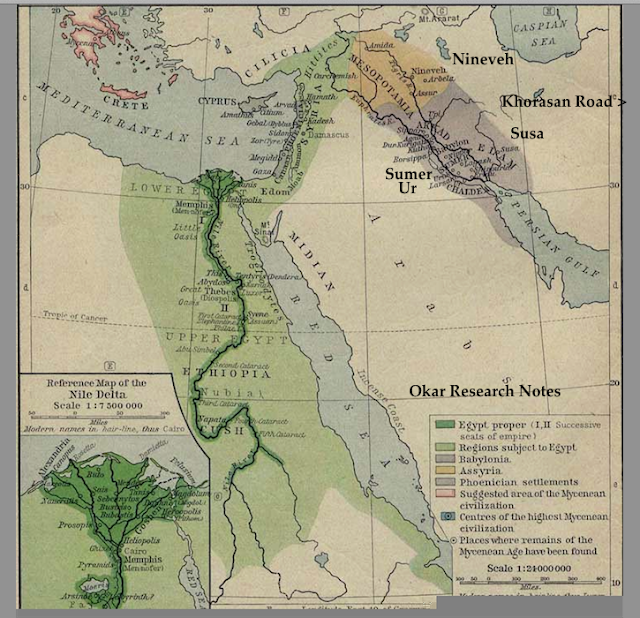 "Egyptian mythology parallels much of Vedic and Hindu mythology because both cultures observed the same long series of cosmic events. In addition it provides more graphic images than do the Indian myths.....Just as the Vedic myth, Egyptian myth describes land in the heavens surrounded by water. This was the planet priori-Mars, in geosynchronous orbit over the Transhimalayas. It was characterized as having earth, sky and the mysterious Duat. It comprised Nut the watery one, the solid portion, Geb and the deity which was thought to keep it from falling to Earth, Shu. The Duat was probably the portion of priori-Mars which was ‘stationary’ over the Transhimalayas to the east of Egypt, was also referred to as ‘Horus Am Akhet’, or ‘Horus on the horizon.’ This was also the Egyptian name for the Sphinx (the Greek name) which faces the east toward its location."....Mythology - Egyptian.....by John Ackerman....http://www.firmament-chaos.com/mythology_egyptian.html