"Royal Tombs of Ur..... ca 2550 BCE......A site near the modern day city of Al-Nasiriya in southern Iraq. Known locally as Tell al-Muqayyar, this site has also been recognized as the capital city of ancient Sumeria called Ur....Ur was likely first settled during the Ubaid period near the end of the 6th millennium BC. Over time a true city grew, until about 2500 BC, by which time the city was one of the transportation centers of the Sumerian civilization. In this, its heyday, Ur was an important harbor at the head of the Persian Gulf. Because of Ur's extensive trade contacts, the rulers of Ur had access to the wealth of Arabia, India, Iran, and Afghanistan." ...http://archaeology.about.com/cs/museums/a/urexhibit.htm

"Sixteen tombs of Ur's elite, rulers buried with about eighty attendants. These tombs held what are some of the world's greatest treasures of the past: a golden dagger encrusted with lapis lazuli; a statue of a ram in a thicket; a lyre decorated with a bull's head; a crown of golden leaves and rosettes belonging to the Lady Puabi." 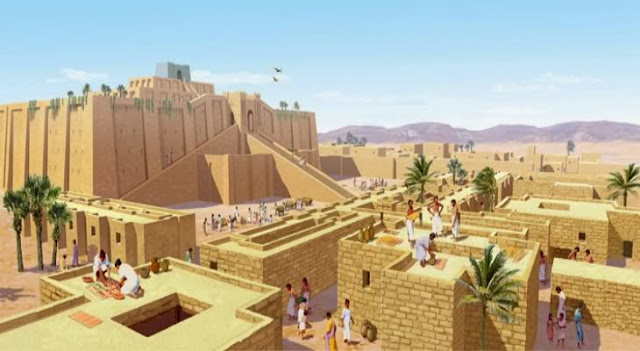 The city of UR dates from the Ubaid period circa 3800 BC, and is recorded in written history as a City State from the 26th century BC, its first recorded king being Mesh-Ane-pada. The city's patron deity was Nanna (in Akkadian Sin), the Sumerian and Akkadian (Assyrian-Babylonian) moon god, and the name of the city is in origin derived from the god's name.....The site is marked by the ruins of the Ziggurat of Ur, which contained the shrine of Nanna, excavated in the 1930s. The temple was built in the 21st century BC......

"These tombs, which date to the Early Dynastic IIIa period (approximately in the 25th or 24th century BC), contained immense amounts of luxury items made out of precious metals, and semi-precious stones all of which would have had to been imported from long distances (Iran, Afghanistan, India, Asia Minor, the Persian Gulf).This up to then unparalleled wealth is a testimony of Ur's economic importance during the Early Bronze Age.....Aruz, J. (ed.) 2003. Art of the First Cities. The Third Millennium B.C. from the Mediterranean to the Indus, The Metropolitan Museum of Art, New York

"According to one estimate, Ur was one of the largest cities in the world from c. 2030 to 1980 BC. Its population was approximately 65,000 people..... the area was struck by drought conditions from 2200-2000 BC. The population dropped by 93%. Ur was sacked twice by nomads during this time. At the end of this drought use of the Sumerian language died out.....Tertius Chandler's compilation of the population of cities throughout history, Four Thousand Years of Urban Growth: An Historical Census 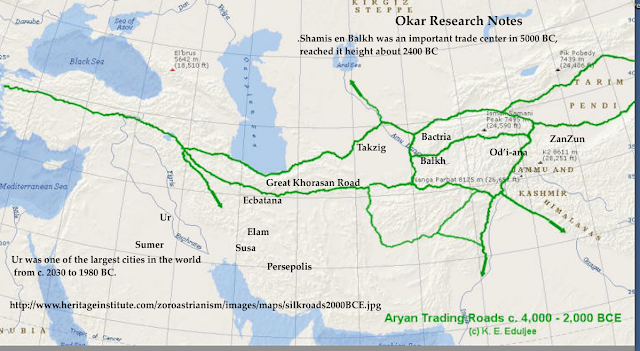 The Royal City of Ur was on the trade road that was later called the Great Khorasan Road to Balkh. 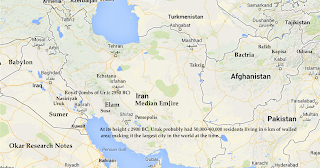