Achaeans......The inhabitants of Achaea. The Greeks generally. (Historically of unknown origin they appeared in the Peloponnese in the 12th and 13th centuries BC, and became the ruling class circa 1250.)....The Achaeans were among the earliest Greek-speaking inhabitants of Greece, being established there well before the 12th century bc. Some scholars identify them with the Mycenaeans of the 14th-13th centuries bc. 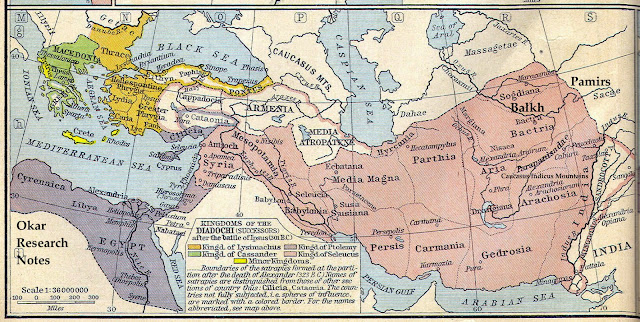 " 2250 BC .....Achaeans come to Greece......About this year, as we may believe, first Hellenic tribes who were calling themselves Achaeans reached Greece. At that time the country was inhabited by non-Indo-European peoples which could be relative to the ancient population of Crete and Asia Minor. Greeks called them sometimes Pelasgians, or Lelegs, or Carians (an analogy with later inhabitants of Asia). Hellenes could come to the peninsula via Balkans, but it is more likely that they first appeared on the islands in the Aegean Sea, and then on the continent. This, together with some historical materials (very ancient Greek names and settlements in Asia, like Milet or the name of Ahhiyawa) proves their way led from Asia to Europe across the Aegean Sea.".....http://indoeuro.bizland.com/project/chron/chron1.html

Greeks and the Pamir Mountains...."Some Greek sources claim that the Greeks (Achaeans) departed from the lowest points of the mountain to Greece and so did the late Dorians....The Dorians (Greek: Δωριεῖς, Dōrieis, singular Δωριεύς, Dōrieus) were one of the four major Greek ethnē into which the Greeks, or Hellenes, of the ancient period considered themselves divided (along with the Aeolians, Achaeans and Ionians)"....http://en.wikipedia.org/wiki/Pamir_Mountains#Greeks_and_the_Pamir_Mountains

"The easterly extension of the Russian steppes north of the Caspian-Aral Sea in Turkestan, as far as the foothills of the Pamirs, was occupied by the Sace or Massagetae, who were akin to the Cimmerians and Persians. In 538 B.C. these Persians had become sufficiently numerous to overthrow their rulers, and under the leadership of the great Cyrus they organized the Persian Empire." 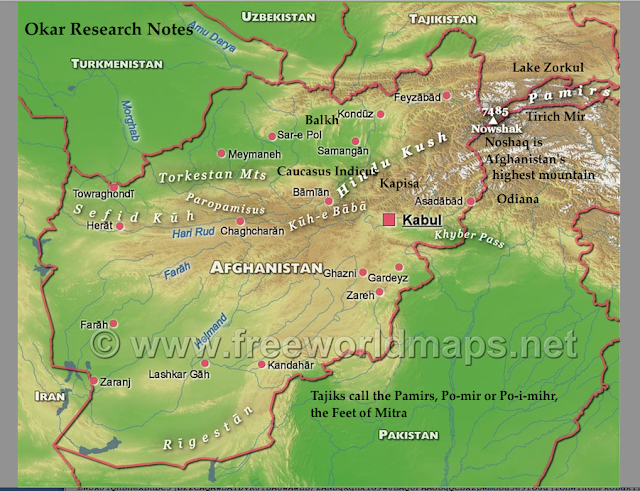 Original map is found by clicking on the blue text here:

September 2016.....Hello.....I am the cartographer who created a number of maps you are using on your website. Although I appreciate that you like my maps enough to share them, I require that uses of my maps be accompanied by an appropriate link back to the source page on my website. Uncredited uses like those on your website are a source of downstream infringements that can become a problem, and adding a simple credit helps prevent these.

The images in question are these:
balkhandshambhala.blogspot.com/2013/04/achaemenid-persians-achaeans.html

My original work is here:
http://www.freeworldmaps.net/asia/afghanistan/map.html

I would appreciate it if you could add a credit as a link back to my source page
http://www.freeworldmaps.net/asia/afghanistan/map.html

FreeWorldMaps.net .... has been created by and are the property of Daniel Feher, certified cartographer (MSc, Cartography).