The word adobe has existed for around 4,000 years, with relatively little change in either pronunciation or meaning. The word can be traced from the Middle Egyptian (c. 2000 BC) word dj-b-t "mud [i.e., sun-dried] brick." As Middle Egyptian evolved into Late Egyptian, Demotic, and finally Coptic (c. 600 BC), dj-b-t became tobe "[mud] brick." This was borrowed into Arabic as al-tub (الطّوب al "the" + tub "brick") "[mud] brick," which was assimilated into Old Spanish as adobe [aˈdobe], still with the meaning "mud brick." English borrowed the word from Spanish in the early 18th century. 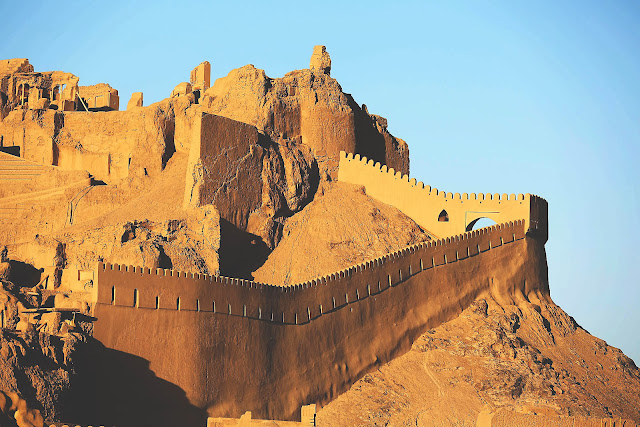 "One of the largest structures ever made from adobe (bricks) was the Bam Citadel.......The Arg-é Bam (ارگ بم in Persian, "Bam citadel") was the largest adobe building in the world, located in Bam, a city in the Kermān Province of southeastern Iran. It is listed by UNESCO as part of the World Heritage Site "Bam and its Cultural Landscape". The origin of this enormous citadel on the Silk Road can be traced back to the Achaemenid period (6th to 4th centuries BC) and even beyond. The heyday of the citadel was from the 7th to 11th centuries, being at the crossroads of important trade routes and known for the production of silk and cotton garments."....https://en.wikipedia.org/wiki/Bam_Citadel

"Balkh was old long before Alexander’s raid, and its history of 2500 years records more than a score of conquerors. The Arabs, impressed by Balkh’s wealth and antiquity, called it Umm-al-belad, the mother of cities. When the Silk Road was the chief artery of commerce between East and West, Balkh was second to none......A large and prosperous city of mud brick some three square miles in area, it held perhaps 200,000 persons. It was surrounded by mud-brick walls pierced by seven gates."......http://depts.washington.edu/silkroad/cities/afghanistan/balkh.html 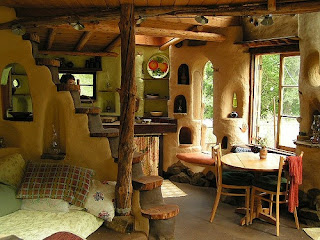 "Adobe is made of four ingredients--dirt, sand, straw and water--the exact proportions of which depend on the sunshine and soil available, Sanchez said. The ingredients are not much different than those found in a red brick......Red bricks are just dirt too, except they are fired in a kiln," Sanchez said. "Adobe is sun-dried....let them cure for at least 30 days before using them......Adobe bricks need to breathe," he said. "If you cover them with plaster it traps the moisture inside and condensation occurs, which you don't want. People often think by putting plaster over adobe they are saving it, but actually they're making it worse.".......http://articles.latimes.com/1990-09-11/local/me-336_1_san-juan-capistrano

"The Great Temple of the Aten was constructed mostly of mud-brick and was located in the city of el-Amarna, Egypt, and was the main temple for the worship of the god Aten during the reign of Akhenaten (c. 1353-1336 BCE]....Akhenaten built the city along the east bank of the Nile River, setting up workshops, palaces, suburbs and temples. The Great Temple of the Aten was located just north of the Central City and, as the largest temple dedicated to the Aten, was where Akhenaten fully established the proper cult and worship of the sun-disk.".....http://en.wikipedia.org/wiki/Great_Temple_of_the_Aten

"Balkh....A couple of nondescript mounds probably mark the site of the adobe Buddhist/Zoroastrian temple that Xuanzang described as being “lustrous with precious gems”. A small brick mosque, decorated with carved stucco survives from early Islamic times, but we failed to find it. What we had come to see is the walls, battered and weather-beaten but still sixty feet high in places, that enclose the Bala Hissar, the High Fort. The ramparts were built in Timurid times (14/15th centuries) upon foundations that likely go back to the Kushans and possibly further. They enclose a roughly circular field almost a mile across, that probably corresponds to the central city of medieval Balkh. Now there is only dry scrub and low mounds of debris; here and there potsherds and broken bricks seem to call for attention. There is nothing much to see; but I have never forgotten what it felt like, up there on those worn stumps of wall, gazing out over nothingness.".......http://depts.washington.edu/silkroad/cities/afghanistan/balkh.html