"New Mexico DNA Project......Aguilar - Q: Native-American origin. The Q lineage is the lineage that links Asia and the Americas. This lineage is found in North and Central Asian populations as well as native Americans. This lineage is believed to have originated in Central Asia and migrated through the Altai/Baikal region of northern Eurasia into the Americas."....http://www.familytreedna.com/public/newmexicodna/default.aspx?section=results

"Haplogroup Q-M242.....Possible time of origin 17,000 to 22,000 years ago.....Possible place of origin Central Asia......In human population genetics, haplogroups define the major lineages of direct paternal (male) lines back to a shared common ancestor in Africa. Haplogroup Q-M242 is a Y-chromosome DNA haplogroup......Several branches of haplogroup Q-M242 are part of the pre-Columbian male lineages in the predominant Y-chromosome haplogroup in indigenous peoples of the Americas. They were part of groups who migrated from Asia into the Americas by crossing the Bering Strait......Starting the Paleo-Indians period, a migration to the Americas across the Bering Strait (Beringia), between 45,000 BCE–12,000 BCE (47,000 – 14,000 years ago).....by a small population carrying the Q-M242 mutation took place....."......http://en.wikipedia.org/wiki/Paleo-Indians 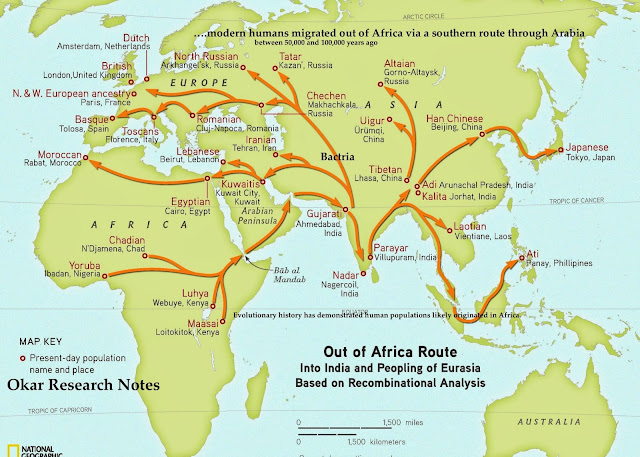 Aragon - Q1a3a: Native-American origin. This lineage is strictly associated with Native-American populations. This haplogroup is defined by the presence of the M3 mutation (also known as SY103). This mutation occurred on the Q lineage 8-12 thousand years ago as the migration into the Americas was underway. There is some debate as to on which side of the Bering Strait this mutation occurred, but it definitely happened in the ancestors of the Native-American peoples....http://www.familytreedna.com/public/newmexicodna/default.aspx?section=results

"Regarding the Asian ancestry of American Indians, the high frequency and haplotype diversity of haplogroup P-M45* in southern/central Siberia has led to the proposal of this region as the region of origin for the initial male migration to the Americas (Karafet et al. 1999; Santos et al. 1999; Lell et al. 2002). Consistent with this scenario, the limited microsatellite data available show that Q-M242 chromosomes related to haplotype 13-12-24-10-14-13 (in which the M3 mutation presumably occurred; are found in central Asia, including Mongolia, and in the Tuvan population (Seielstad et al. 2003)."......http://www.ncbi.nlm.nih.gov/pmc/articles/PMC1180678/