Proto-Indo-Iranian religion means the religion of the Indo-Iranian peoples prior to the earliest Vedic (Indo-Aryan) and Zoroastrian (Iranic) scriptures. These share a common inheritance of concepts including the universal force *rta (Vedic rta, Avestan asha).... 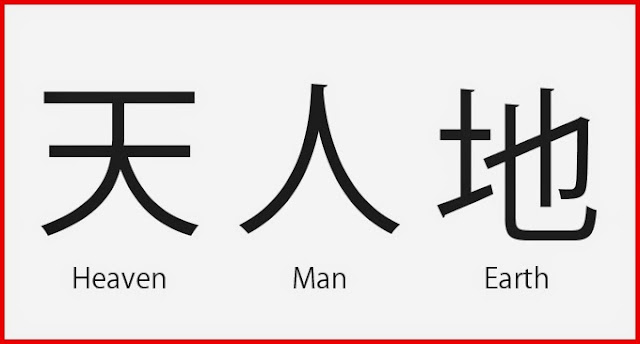 "In the Vedic religion, Ṛta (Sanskrit ऋतं ṛtaṃ "that which is properly joined; order, rule; truth") is the principle of natural order which regulates and coordinates the operation of the universe and everything within it."...Holdrege, Barbara A. (2004). "Dharma" in: Mittal, S. & Thursby, G. (Eds.) New York: Routledge. ISBN 0-415-21527-7.

In the hymns of the Vedas, Ṛta is described as that which is ultimately responsible for the proper functioning of the natural, moral and sacrificial orders. Conceptually, it is closely allied to the injunctions and ordinances thought to uphold it, collectively referred to as Dharma, and the action of the individual in relation to those ordinances, referred to as Karma - two terms which eventually eclipsed Ṛta in importance as signifying natural, religious and moral order in later Hinduism. Sanskrit scholar Maurice Bloomfield referred to Ṛta as "one of the most important religious conceptions of the Rig Veda", going on to note that, "from the point of view of the history of religious ideas we may, in fact we must, begin the history of Hindu religion at least with the history of this conception".....http://en.wikipedia.org/wiki/Ṛtá

In an essay entitled “Heaven, Earth, and Man,” based on one of Chogyam Trungpa’s dharma art workshops, he emphasizes what he called “art in everyday life.” The cool, peaceful expression of unconditional beauty offers us the possibility of being able to relax enough to perceive the phenomenal world and our own senses properly. The dynamic of heaven, earth, and man (an ancient hierarchy of the cosmos) is basic to any artistic endeavor—painting, building a city, or designing an airplane—as well as to perceiving the art that surrounds us. During the twenty-year period of his teachings in the West, calligraphy was a primary means of this type of expression

"Avestan Aša.....Indo-Iranian inheritance. By reconstructing on the basis of the Avesta (esp. the Gāθās of Zarathustra) and the Vedas (esp. Rigveda) inherited formulas (phrases, figures of speech) it is possible to recover fragments of the religion and poetry of the common Indo-Iranian period (about 2000 B.C.) otherwise not directly attested. The most important formulas containing *ṛtá are the following (for the complete material see B. Schlerath, Awesta-Wörterbuch, Vorarbeiten II, Wiesbaden, 1968, pp. 168-82): *ṛtám man- “to think (of) truth” (Y. 31.19 and Rigveda); *ṛtám vaźh- “to drive the truth” (Y. 46.4 and Rigveda): The religious poet drives the true words of his hymn as the charioteer the horses; the metaphors of Indo-Iranian poetry are taken from the world of warriors. From that we can conclude that there were in that period no classes like those attested later in the Avesta and the Veda. ) *ṛtásya path “the path of the truth” (Y. 51.13 and Rigveda): The hymn goes on that path to the gods; (4) *ṛtā sak- “to follow (= to be in alliance with) truth” (Y. 34.2 and Rigveda): The poet follows the truth as a follower a feudal lord. Sak- is a social technical term (cf. *sakhi “companion”). Compare also śárdhān ṛtaśya (Rigveda 8.7.21) “troops of truth” and the Av. personnal name aṧasarəδa- “combatant of truth;” (5) *ṛtā van- “to win with the help of truth” (Y. 53.5 and Rigveda; (6) *ṛtām dhar- “to uphold the truth” (Y. 43.1 and Rigveda; (7) *ṛtām yaź- “to venerate the truth” (Y. 51.20, Yasna Haptaŋhāiti, and Rigveda); (8) *ṛtām sap- “to serve truth” (Y. 31.22 and Rigveda); (9) *ṛtām vasu “good truth.”......http://www.iranicaonline.org/articles/asa-means-truth-in-avestan

"Heaven, Earth and Man: "can be seen literally as the sky above, the earth below, and human beings standing or sitting between the two":
Heaven, "the realm of the gods, the most sacred space."
Earth, "symbolizing practicality and receptivity, the ground that supports and promotes life."
Man, "living in harmony with heaven and earth." (pg 129-130) "First, you must trust in yourself. The you can also trust in the earth of gravity of the situation, and because of that, you can uplift yourself." (pg 78)".......http://www.glossary.shambhala.org/#HE