"The Puranas (Sanskrit: पुराण purāṇa, "of ancient times") are ancient texts eulogizing various deities through divine stories. Puranas may also be described as a genre of important Hindu religious texts alongside some Jain and Buddhist religious texts, notably consisting of narratives of the history of the universe from creation to destruction, genealogies of kings, heroes, sages, and demigods, and descriptions of Hindu cosmology, philosophy, and geography....."......http://www.sacred-texts.com/hin/index.htm#puranas 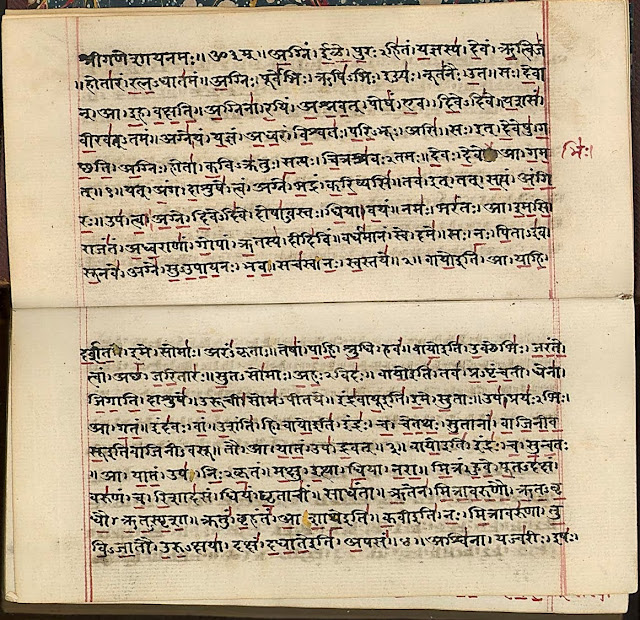 "Buddhist scholar John R. Newman explains:.. . so far no one seems to have examined the Sanskrit Kalachakra texts. The Buddhist myth of the Kalkis of Shambhala derives from the Hindu Kalki of Shambhala myths contained in the Mahabharata and the Puranas. The Vimalaprabha even refers to the Kalkipuranam, probably the latest of the Upapuranas."....Newman, John L. "A Brief History of the Kalachakra," Wheel of Time: The Kalachakra in Context. Snow Lion: 1985. ISBN 1559390018, pg 84

"The Kalacakra, or "Wheel of Time," was the last major product of Indian Vajrayana Buddhism. All late Vajrayana Buddhism is syncretic - it takes elements from non-Buddhist religious traditions and assimilates them to a Buddhist context. However, in the Kalacakra tantra syncretism is unusually obvious and is even self-conscious—the tantra makes little effort to disguise its borrowings from the Śaiva, Vaisnava, and Jaina traditions. The basic structure of the Kalacakra system is itself non-Buddhist: the Kalacakra uses the ancient idea of the homology of the macrocosm and the microcosm as the foundation of its soteriology."...John Newman......https://collab.itc.virginia.edu/access//newmanbriefhistorykalachakra

"Vyasa, the narrator of the Mahabharata, is traditionally considered the compiler of the Puranas. However, the earliest written versions date from the time of the Gupta Empire (third-fifth century CE) and much material may be dated, through historical references and other means, to this period and the succeeding centuries."....

"The Puranas also lay emphasis on keeping a record of genealogies, as the Vayu Purana says, "to preserve the genealogies of gods, sages and glorious kings and the traditions of great men."...... In Arrian's Indica, Megasthenes is quoted as stating that the Indians counted from "Dionysos" (Shiva) to "Sandracottus" (Chandragupta Maurya....Grandfather of Ashoka) "a hundred and fifty-three kings over six thousand and forty-three years."The list of kings in Kalhana's Rajatarangini goes back to the 19th century BCE."..... Pliny: Naturalis Historia 6:59; Arrian: Indica 9:9

"Kalapa (Sanskrit) A place mentioned in the Vayu-Purana, said to be on the northern side of the Himalayas.... The Matsay-Purana has it that from Kalapa (spelled Katapa) in due course will issue forth the Kalki-avatara."....the Vishnu Purana (4.24) states that there are two persons who have been patiently waiting for thousands of years for the descent of Lord Kalki. Devapi of the race of Puru and brother of King Shantanu, and Maru, a descendant of King Ikshvaku..... they have lived through the yugas in a village named Kalapa, hidden from normal vision. Then at the instruction of Lord Kalki they will return to the society to become great kings and establish kingdoms centered around the sanatana dharma.".....http://www.salagram.net/kalki.html

"It is stated in Matsya Purana, Chapter 272, that ten Moryas would reign over India, and would be succeeded by Shoongas, and that Shata Dhanva will be the first of these ten Maureyas (or Moryas).......In Vishnu Purâna (Book IV, Chapter 4) it is stated that there was in the Soorya Dynasty a king called “Maru, who, through the power of devotion (Yoga), is still living in the village called Kalapa,” ..... who “in a future age, will be the restorer of the Kshatriya race in the solar dynasty,”..... In Purâna, Book IV, Chapter 24, it is stated that “upon the cessation of the race of Nanda, the Mauryas* will possess the earth, for Kautilya will place Chandragupta on the throne.” ..... “The Vâyu Purâna seems to declare that he [Maru] will re-establish the Kshatriyas in the nineteenth coming yuga.” (Vol. III, p. 325.) In Chapter VI, Book III of Vishnu Purâna, a Rishi called Koothumi is mentioned.....".......http://www.sacred-texts.com/hin/index.htm#puranas

"... 'I have not yet visited the excellent village of Kalapa.' (Kalapagrama is the place where Maru and Devapi, the last kings of the dynasties of the sun and the moon, await the beginning of the next Satya-yuga. At that time, they will re-establish their dynasties.)"....Narada crossed the snow-clad Himalayas, traversing the path through the sky, until he came to that great jewel of a village, Kalapa, on the other side of the mountains. Kalapa extended for one hundred yojanas and it was seen to be full of all varieties of trees. The village was surrounded by hundreds of hermitages of the sages and all of the animals in the forests were devoid of animosity toward one another. All the residents of the village were engaged in rendering service to the sages as they performed sacrifices. The sound of "svaha" never ceased in Kalapagrama.After arriving at Kalapa, Narada Muni entered an ashram of brahmanas who were engaged in lively debate, the more intelligent ones refuting the statements of the others......Narada travelled through the sky and reached Mahi-sagara-sangama.Arjuna inquired,Where is the village, Kalapa?"Narada Muni explained, "The snowy Himalayas extend for one hundred yojanas and beyond them is Kalapagrama. Kalapagrama also extends for one hundred yojanas and beyond that is a vast desert."By his power of austerity, Narada Muni placed the twenty-six thousand brahmanas from Kalapa on the tip of his staff, in minute forms. After arriving at Mahi-sagara-sangama, Narada Muni placed the brahmanas on the shore, where the river Mahi meets the ocean. They then bathed in the sangam and performed their religious duties. At that time, the sage, Kapila, arrived there and it is he who established an ashram for the brahmanas of Kalapa.When Arjuna wanted to hear more from Narada Muni, the sage among the demigods related the following history: Long ago, there was a king named Indradyumna, who was worthy of honor and was always respectful to others. It may be possible to count the grains of sand in the Ganga, the drops of rain in a storm, or the stars in the sky but not King Indradyumna's meritorious deeds. In fact, as a result of his pious acts, Maharaja Indradyumna attained the abode of Brahma without relinquishing his mortal body.One day, at the end of one hundred kalpas, when Indradyumna approached Lord Brahma at the time of rendering service, the grandsire of the universe said, "O excellent king, you must return to earth immediately. Do not remain here for even a moment....."....http://nitaaiveda.com/All_Scriptures_By_Acharyas/Puranas/Skanda_Purana/Skanda_Puran.htm

"Kalachakra and the VAJRA CASTE....The purpose of the Vajra Caste was not force everyone to convert to Buddhism but for people to re-discover the purity of their own traditions. The Kalachakra empowerment is given to anyone who wishes to participate. No one is asked to give up their own religion. The Kalachakra, open to all who wish to participate, has the power to benefit all beings on this planet."...https://collab.itc.virginia.edu/access//newmanbriefhistorykalachakra