".....the Druidic elite was divided into three parts: the Bards (lyric poets, musicians), Vates (diviners and seers) and the Druids (priests, philosophers, theologians). Druids were especially gifted at poetry, rhetoric, philosophy, and all verbal skills."

"A hereditary caste of professional poets in Proto-Indo-European society has been reconstructed by comparison of the position of poets in medieval Ireland and in ancient India in particular."......[Martin Litchfield West, Indo-European poetry and myth, Oxford University Press, 2007, ISBN 978-0-19-928075-9, p. 30.]

"The Epic of King Gesar (/ˈɡɛzər/ or /ˈɡɛsər/; Standard Tibetan: གེ་སར་རྒྱལ་པོ, Ge-sar rGyal-po, "King Gesar"; Mongolian: Гэсэр Хаан, Geser Khan, "King Geser"), also spelled Geser (especially in Mongolian contexts) or Kesar (/ˈkɛzər/ or /ˈkɛsər/), is an epic cycle, recorded variously in poetry and prose, chantfable being the style of traditional performance, and is sung widely throughout Central Asia. Some 100 bards of this epic (sgrung: lit."tale") are still active today in the Gesar belt of China, Tibetan, Mongolian, Buryat, and Tu singers maintain the oral tradition and the epic has attracted intense scholarly curiosity as one of the few oral epic traditions to survive as a performing art. Besides stories conserved by such Chinese minorities such as the Bai, Naxi, the Pumi, Lisu, and the Yugur peoples, versions of the epic are also recorded among the Burushaski-speaking Burusho of Hunza and Gilgit, the Kalmyk and Ladakhi peoples, in Baltistan, in Sikkim, Bhutan, Nepal, and among various Tibeto-Burmese, Turkish, and Tunghus tribes. The first printed version was a Mongolian text published in Beijing in 1716."......https://en.wikipedia.org/wiki/Epic_of_King_Gesar 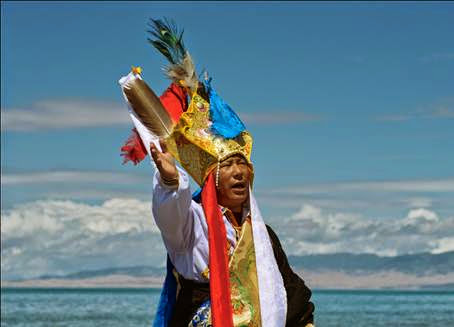 "Kathak.......Originating from north Indian states, In ancient Indian temples brahmin priests(pandits) used to narrate the stories of gods and goddesses through dance, they were known as (kathakar)) and the dance came to be known as "kathak". Kathak traces its origins to the nomadic bards of ancient northern India, known as Kathaks, or storytellers. Its form today contains traces of temple and ritual dances, and the influence of the bhakti movement. From the 16th century onwards it absorbed certain features of Persian dance and Central Asian dance which were imported by the royal courts of the Mughal era."......Massey, Reginald (1999). India's kathak dance, past present, future. New Delhi: Abhinav Publications. pp. 15–33. ISBN 978-81-7017-374-8. 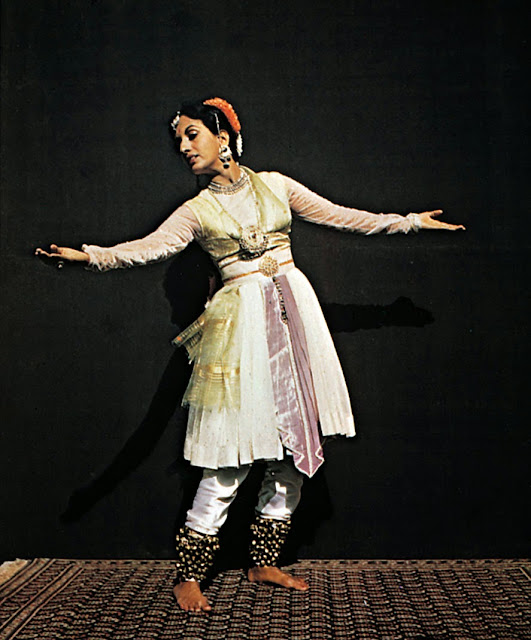 "In medieval Gaelic and British culture a bard was a professional poet, employed by a patron, such as a monarch or nobleman, to commemorate the patron's ancestors and to praise the patron's own activities.....William Shakespeare is known as the Bard or the Bard of Avon..... In other Indo-European societies, the same function was fulfilled by skalds, rhapsodes, minstrels and scops, among others.."....https://en.wikipedia.org/wiki/Bards

"The Indo-Europeans, speakers of the prehistoric parent language from which most European and some Asiatic languages are descended, most probably lived on the Eurasian steppes some five or six thousand years ago. Martin West investigates their traditional mythologies, religions, and poetries, and points to elements of common heritage....identifying elements of ancient, Indo-European heritage in the Greek material. Topics covered include the status of poets and poetry in Indo-European societies; meter, style, and diction; gods and other supernatural beings, from Father Sky and Mother Earth to the Sun-god and his beautiful daughter, the Thunder-god and other elemental deities, and earthly orders such as Nymphs and Elves; the forms of hymns, prayers, and incantations; conceptions about the world, its origin, mankind, death, and fate; the ideology of fame and of immortalization through poetry; the typology of the king and the hero; the hero as warrior, and the conventions of battle narrative.".....[Martin Litchfield West, Indo-European poetry and myth, Oxford University Press, 2007]

"...name Druid is composed of two Celtic word roots which have parallels in Sanskrit. Indeed, the root vid for knowledge, which also emerges in the Sanskrit word Veda, demonstrates the similarity. The Celtic root dru which means 'immersion' also appears in Sanskrit. So a Druid was one 'immersed in knowledge.'....Meet the Brahmins of ancient Europe, the high caste of Celtic society by Peter Berresford Ellis

"The Theory of Common Origins.......There are at least five theories currently mooted that attempt to explain the extraordinary connections and resemblances that can be found between European and Indian languages and culture. The most widely held theory, based on linguistic, archaeological and genetic evidence is the Kurgan hypothesis, which suggests that the Indo-European peoples migrated west to Europe and south-east to India from the Pontic-Caspian steppe, which comprises the vast steppelands stretching from north of the Black Sea as far as the east of the Caspian Sea, from central Ukraine across the Southern and Volga Federal Districts of Russia to western Kazakhstan. Some linguists and archeologists, however, favour the Anatolian hypothesis, which suggests the Indo-Europeans originated in Asia Minor (now Turkey) and there are other, less favoured theories that suggest Armenia or India (the Harappan Theory) were the source-lands, or that the similarities can be explained by looking further back, to our common origins in Africa.".......http://www.druidry.org

"Around 4000 B.C.E. ("Before the Common Era") the tribes that spoke Proto-Indo-European began to migrate away from their original homeland, which was probably the territory around the northwest shores of the Black Sea. Some went southeast and founded the Armenian, Iranian and Indic cultures. Others went south to Anatolia and Palestine, and became known as Hittites and Mitanni. Those who went southwest to the Balkans became Thracians and Greeks. Others who went west and north established the Celtic, Slavic, Germanic, and Baltic cultures.....by the time of the Roman Empire, nearly every language spoken in Europe (except Basque, Lappish and Finnish) was a member of the Western branch of Indo- European......the Western Indo- European cultures seem to have been built on the same fundamental social pattern as that with which we are familiar in Vedic India: clergy, warriors, and providers (farmers, craftspeople, traders, herders, etc.) In fact, it appears that a close to exact correspondence can be made between the religious, political and social functions originally performed by a Latin flamen, a Celtic draoi, or a Vedic brahman."....http://www.adf.org/articles/identity/ieclergy.html

"During the Middle Ages, Alexander the Great’s deeds — both real & legendary — inspired bardic poetry and song across the world, both East and West. The renowned Boston Camerata joins forces with the Turkish-American ensemble Dünya for a programme that offers illustrations from his fabled history....narration of the Alexander Story comes from Arrianos, Plutarch, Alexandre de Paris, Thomas of Kent, Iskendername, Seyahatname, The Septuagint and The Holy Koran.".....http://www.earlymusic.bc.ca

Email ThisBlogThis!Share to TwitterShare to FacebookShare to Pinterest
Labels: Poetry