The Sumerian Tablets....."The earliest record of the Sumerian creation myth and flood myth is found on a single fragmentary tablet excavated in Nippur, sometimes called the Eridu Genesis. It is written in the Sumerian language and dated c 1800-1600 BC during the first Babylonian dynasty, where the language of writing and administration was still Sumerian."

"The Kabbalah (for some) is traced back to Sumer and the Eridu Genesis story that was found on the Sumerian Tablets which dates back to 1800 BC. This is the oldest ‘religious text’ known to man. It was translated and published only in 1914 by Arno Poebel.The Patriarch Abraham received the Kabbalah about 1700 BC....Abraham was supposedly initiated into Kabbalistic mysticism by Melchizedek (14th chapter of the Book of Genesis....the king of Salem, and priest of El Elyon ("God most high")." 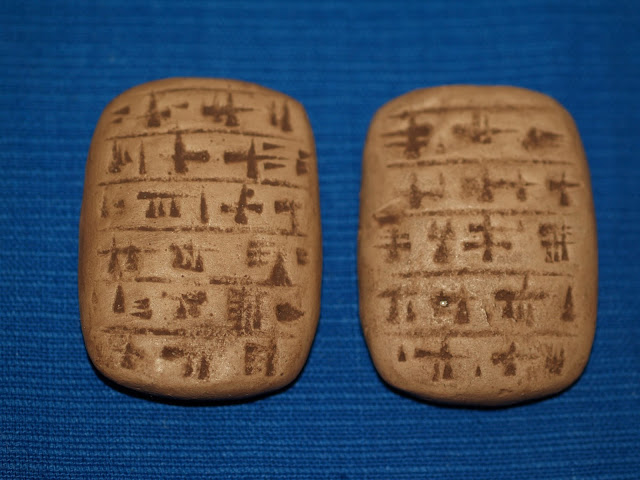 "The original homeland of the Sumerians is unknown. It is believed that they came from the east ......Sumer (from Akkadian Šumeru; "land of the civilized kings" or "native land" was an ancient civilization and historical region in southern Mesopotamia, modern Iraq, during the Chalcolithic and Early Bronze Age. Although the earliest historical records in the region do not go back much further than ca. 2900 BC, modern historians have asserted that Sumer was first settled between ca. 4500 and 4000 BC by a non-Semitic people who may or may not have spoken the Sumerian language...Sumer was conquered by the Semitic-speaking kings of the Akkadian Empire around 2270 BC, but Sumerian continued as a sacred language..... The Sumerians referred to themselves as ùĝ saĝ gíg-ga, phonetically uŋ saŋ giga, literally meaning "the black-headed people"

Mukpo...."In this text, a man from the Phywa is asking a man from the Dmu to rule the land of the black-headed men...".(SHENRAB’S ANCESTORS AND FAMILY MEMBERS: WHERE DO THEY COME FROM?....Kalsang Norbu Gurung)

"Godin Tepe was a Sumerian settlement first inhabited c. 5000 BCE which comprised a village and a fortress. It became an important stop along the Great Khorasan Road trade route with Balkh to the East"....http://www.ancient.eu.com/Godin_Tepe/

"Where the tablet picks up, the gods An, Enlil, Enki and Ninhursanga create the 'black-headed people' and create comfortable conditions for the animals to live and procreate. Then kingship descends from heaven and the first cities are founded: Eridu, Bad-tibira, Larsa, Sippar, and Shuruppak.....After a missing section in the tablet, we learn that the gods have decided not to save mankind from an impending flood. Zi-ud-sura, the king and gudug priest, learns of this. In the later Akkadian version, Ea, or Enki in Sumerian, the god of the waters, warns the hero (Atra-hasis in this case) and gives him instructions for the ark. This is missing in the Sumerian fragment, but a mention of Enki taking counsel with himself suggests that this is Enki's role in the Sumerian version as well. ....When the tablet resumes it is describing the flood. A terrible storm rocks the huge boat for seven days and seven nights, then Utu (the Sun god) appears and Zi-ud-sura creates an opening in the boat, prostrates himself, and sacrifices oxen and sheep...... After another break the text resumes: the flood is apparently over, the animals disembark and Zi-ud-sura prostrates himself before An (sky-god) and Enlil (chief of the gods), who give him eternal life and take him to dwell in Dilmun for "preserving the animals and the seed of mankind". The remainder of the poem is lost."

Two flood myths with many similarities to the Sumerian story are the Utnapishtim episode in the Epic of Gilgamesh and the Genesis flood narrative found in the Bible. The ancient Greeks have two very similar floods legends they are the Deucalion and The great Flood in Metamorphoses by the Roman poet Ovid. 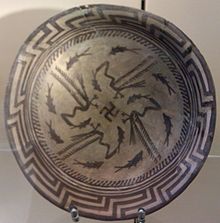 'The Samarra Plate....c.5000 BC.....The site of Samarra lies about 60 miles north of modern Bhagdad. Although more common in Inian art, the ancient symbol of the Swatiska can be found in ancient Mesopotamia (modern Iraq). Here it gives direcion to the swirling arrangement of fish and birds on this decorated plate.'

Sumer and the Eridu Genesis story that was found on the Sumerian Tablets which dates back to 1800BC. 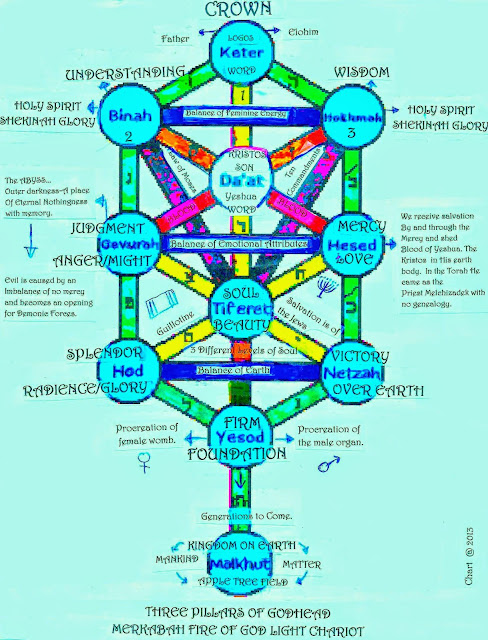 " Abraham was a resident of the city of Ur in Mesopotamia....Ur (Sumerian: Urim; Akkadian: Uru; Arabic: أور‎) was an important Sumerian city-state in ancient Mesopotamia located at the site of modern Tell el-Muqayyar......Abraham was the tenth generation from Noah through Shem and was born 352 years after the Deluge, in 2018 B.C.E."