"Unlike Mohammed's recitation of the Koran, the Gathas of Zarathushtra are not "channeled" - that is, the Gathas are regarded as the inspired composition of a poet-prophet rather than a text dictated by a heavenly being. Zarathushtra was inspired by God, through the Bounteous Immortals of Vohu Manah, Asha, and the others - but he was not a passive recipient of the divine wisdom. In accordance with Zoroastrian philosophy, he reached God through his own effort simultaneously with God's communication to him.".............http://www.pyracantha.com/Z/zardusht.html

"Islam’s holy text is the Quran (or Koran), which means the “Recital” or “Reading.” In essence, the Quran is a channeled work, transmitted from God through Mohammed......Mohammed’s first revelation occurred when he was 40 years old in 610 A.D. He then began recording verses which, over time, became the Quran.....Ever since the Quran was revealed, fourteen centuries ago, no one has been able to produce a single chapter like the chapters of the Quran in their beauty, eloquence, splendor, wise legislation, true information, true prophecy, and other perfect attributes. Also, note that the smallest chapter in the Quran (Chapter 108) is only ten words."...http://en.wikipedia.org/wiki/Quran

"The Book of Revelation, often known as Revelation, Apocalypse, is the final book of the New Testament and occupies a central part in Christian eschatology. Written in Koine Greek, its title is derived from the first word of the text, apokalypsis, meaning "unveiling" or "revelation". The author of the work identifies himself in the text as "John" and says that he was on Patmos, an island in the Aegean, when he "heard a great voice" instructing him to write the book. This John is traditionally supposed to be John the Apostle, although recent scholarship has suggested other possibilities including a putative figure given the name John of Patmos. Most modern scholars believe it was written around 95 AD, with some believing it dates from around 70 AD....According to early tradition this book was composed near the end of Domitian's reign, around the year 95 AD.....http://en.wikipedia.org/wiki/Book_of_Revelation

Paiute Indian prophet Wovoka & The Ghost Dance .....message was taken to the differing tribes and they were instructed by Wovoka to dance the "Ghost Dance" in harmony and in unison making no distinction between the tribes or the people.....Wovoka had a prophetic vision during the solar eclipse on January 1, 1889.... that he was a messenger for the Indian people to tell them that the Messiah was in the world. Wovoka said the Messiah had come to the earth and that the Indian people were to get ready for the age promised to them for thousands of years that was about to be born. Wovoka saw the future and saw a world where all the people would live together in peace and harmony and the Indian people would be able to live and be happy once again, not like they were at the present time; being herded into numerous reservations, having their land stolen from them and made to take government handouts to feed their families. Wovoka had them dance the Ghost Dance to begin to bring the different tribes together. Tribes that had been enemies and warring against one another were brought together in one common faith of the coming of this great age of peace that the Messiah was to bring.".....http://en.wikipedia.org/wiki/Wovoka

".......In Australian Aboriginal mythology, The Dreaming or Altjeringa (also called the Dreamtime) is a sacred 'once upon a time' in which ancestral Totemic Spirit Beings formed The Creation.....Fred Alan Wolf opens chapter nine of The Dreaming Universe (1994) entitled The Dreamtime with a quote from The Last Wave, a film by Peter Weir: Aboriginals believe in two forms of time; two parallel streams of activity. One is the daily objective activity, the other is an infinite spiritual cycle called the "dreamtime", more real than reality itself. Whatever happens in the dreamtime establishes the values, symbols, and laws of Aboriginal society. It was believed that some people of unusual spiritual powers had contact with the dreamtime.."....http://en.wikipedia.org/wiki/Fred_Alan_Wolf

"Terma (Tibetan: གཏེར་མ་, Wylie: gter ma; "hidden treasure") are key Tibetan Buddhist and Bön teachings, which the tradition holds were originally esoterically hidden by various adepts for future discovery at auspicious times by other adepts, known as tertöns.....Tradition holds that terma may be a physical object such as a text or ritual implement that is buried in the ground (or earth), hidden in a rock or crystal, secreted in a herb, or a tree, hidden in a lake (or water), or hidden in the sky (space). Though a literal understanding of terma is "hidden treasure", and sometimes objects are hidden away, the teachings associated should be understood as being 'concealed within the mind of the guru', that is, the true place of concealment is in the terton's mindstream. If the concealed or encoded teaching or object is a text, it is often written in dakini script: a non-human type of code or writing."....http://en.wikipedia.org/wiki/Terma_(religion)

"During Karma Senge Rinpoche's first visit to the West in 2003, the Shambhala community learned that Trungpa Rinpoche had discovered a number of terma teachings during his early life in Tibet. Gradually, through Karma Senge Rinpoche's successive visits, we have come to understand that not only was Trungpa Rinpoche a tertön in his youth, but he was a major tertön, the discoverer of several complete cycles of precious and unusual ati treasure teachings."........http://www.chronicleproject.com/stories_81.html

"Bön terma.....A terma tradition also exists in the Bön religion. Most Bön termas were hidden during the period of decline under King Trisong Deutsen, and rediscovered around the 11th century. Teachings were hidden by masters such as Lishu Tagring and Drenpa Namkha, often inside Buddhist temples as in Samye and Lhodrak.....The Three Treasures of Everlasting Bon.....For the Bonpo, the Gankyil denotes the three principal 'terma' (Tibetan) or "treasure" cycles of Everlasting Bon, the 'Northern Treasure' (Wylie: byang gter), the 'Central Treasure' (Wylie: dbus gter), and the 'Southern Treasure' (Wylie: lho gter).The Northern Treasure is compiled from texts revealed in Zhangzhung and northern Tibet, the Southern Treasure from texts revealed in Bhutan and the southern area of Tibet, and the Central Treasure from texts revealed in central Tibet close to Samye Monastery.....'A Cavern of Treasures' (Tibetan: མཛོད་ཕུག, Wylie: mdzod phug) is a terma uncovered by 'Shenchen Luga' (Tibetan: གཤེན་ཆེན་ཀླུ་དགའ, Wylie: gshen chen klu dga') in the early eleventh century.Martin (n.d.: p. 21) identifies the importance of this scripture for studies of the Zhang-Zhung language"......http://en.wikipedia.org/wiki/Terma_(religion)

"SHIWA OKAR......."Texts that we commonly call the Shambhala teachings stem from the visions that the Druk Sakyong, the Vidyadhara Chogyam Trungpa Rinpoche, had from an early age in Tibet......These visions came from the Rigden and from Shiwa Okar.....Shiwa Okar is referred to as the lha of lha.....the divine of the divine.....the ultimate principle of dharmadhatu, the most primordial reality, which we often call primordial Ashe, or the confidence of all......."..the Vidyadhara often said that he was merely writing them down...." Sakyong Mipham......Public Letter....January 23, 2005 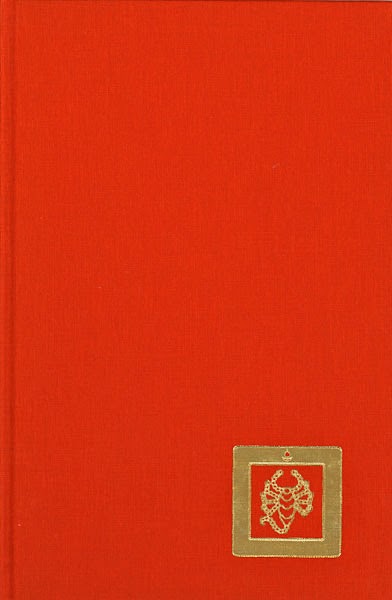 "Chogyam Trunpa said that when he 'received' the Shambhala texts he saw them in a language that he did not recognize....he wrote them down in Tibetan which was 'as close as I could get'......Robin Kornman

"At the first Kalapa Assembly in the fall of 1978, during one of our translation sessions with the Vidyadhara, Larry Mermelstein engaged him in an interesting discussion about the nature of the Shambhala texts he was presenting to us. When asked whether they were terma (“treasure teachings” hidden long ago to be discovered at an appropriate time in the future), he replied, “Yes, sort of.” When we asked whether we should include the terma mark to indicate terma in our translations, his response was, “Not yet; maybe later.” In fact, this did not come to pass until after his death, when Dilgo Khyentse Rinpoche instructed us to include this in our future publications of these texts, and he confirmed with no hesitation that they were indeed authentic terma. When we asked the Vidyadhara whether these texts originated with Padmakara, the source of the vast majority of treasure teachings, at that time we didn’t know that other teachers also hid dharma as termas. So when Rinpoche replied that these texts were more likely from Gesar, we were understandably puzzled. But after a long pause Rinpoche added, “And of course Gesar was an emanation of Padmakara, so that should take care of things for you!” When we asked about what meaning Gesar had in terms of the Shambhala teachings, Rinpoche exclaimed: “Gesar is the vanguard of Shambhala.” (It should be noted that in other contexts, the Vidyadhara indicated that the Shambhala terma had originated with the Rigden kings, Shiwa Ökar, or Gesar of Ling.)"...http://nalandatranslation.org/projects/articles/gesar-supplication/