"The dimensions attributed to Mount Meru, all the references to it being as a part of the Cosmic Ocean...."..Graham P. Chapman - Social Science; The Pamirs and the Source of the Oxus, p 15.

Gyatso or Gyamco (Tibetan: རྒྱ་མཚོ, Wylie: rgya mtsho, ZYPY: Gyamco) is a Tibetan personal name meaning "ocean"..... it can also be spelled "Gyamtso" in English...persons whose names include "Gyatso" include:Each Dalai Lama, other than the 1st, has had Gyatso as the second word of his personal name; for instance, the current Dalai Lama is named Tenzin Gyatso....Chödrak Gyatso, the 7th Karmapa....Chögyam Trungpa (Chögyam is short for Chögyi Gyamtso)

"The word which the Buddha uses to describe the rain is ekarasa (eka meaning 'one', and rasa meaning 'taste', 'juice', or 'essence'). This same word is used in a similar connection in another parable, one which occurs in the Pali scriptures: the parable of the great ocean. The Buddha says that wherever you go in the great ocean, you can scoop a handful of water and it will have the same taste.....Samarasa (Sanskrit Devanagari: समरास; IAST: samarāsa; synonymous with IAST: ekarāsa; Tibetan: རོ་གཅིག, Wylie: ro gcig; Tibetan: རོ་མཉམ, Wylie: ro mnyam) is literally "one-taste" "one-flavour" or "same-taste" and means equipoise in feelings, non-discriminating or the mind at rest."....http://en.wikipedia.org/wiki/Samarasa

"The Abzu (Cuneiform: 𒍪 𒀊, ZU.AB; Sumerian: abzu; Akkadian: apsû) also called engur, (Cuneiform:𒇉, LAGAB×HAL; Sumerian: engur; Akkadian: engurru) literally, ab='ocean' zu='to know' or 'deep' ..... given a religious quality in Sumerian and Akkadian mythology.... In the city Eridu, Enki's temple was known as E2-abzu (house of the cosmic waters) and was located at the edge of an abzu.....The Sumerian god Enki (Ea in the Akkadian language) was believed to have lived in the abzu since before human beings were created. His wife Damgalnuna, his mother Nammu, his advisor Isimud and a variety of subservient creatures, such as the gatekeeper Lahmu, also lived in the abzu.....The Enuma Elish begins: 'When above the heavens did not yet exist nor the earth below, Apsu the freshwater ocean was there'....http://en.wikipedia.org/wiki/Abzu

Oceanus (/oʊˈsiːənəs/; Ancient Greek: Ὠκεανός (Ōkeanós)) was a pseudo-geographical feature in classical antiquity, believed by the ancient Greeks and Romans to be the divine personification of the World Ocean, an enormous river encircling the world..... 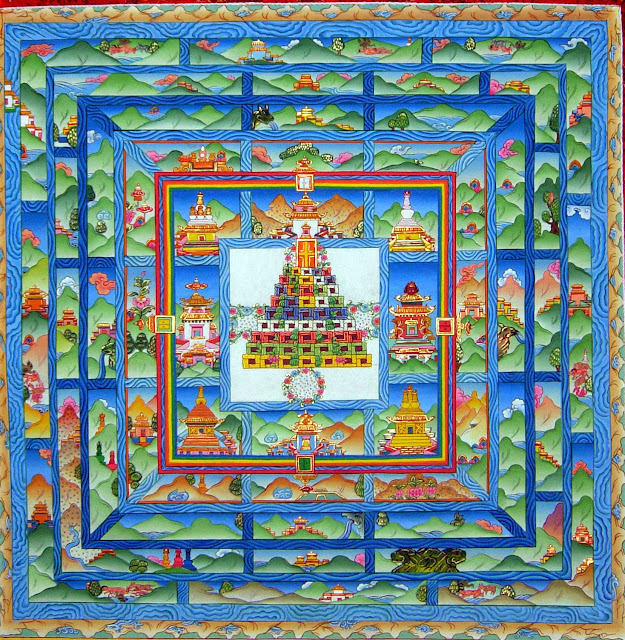 Dharmadhatu (Sanskrit) is the 'dimension', 'realm' or 'sphere' (dhatu) of Dharma and denotes the collective 'one-taste' (Sanskrit: ekarasa) dimension of Dharmata.....http://en.wikipedia.org/wiki/Dharmadhatu

"The Profound Treasury of the Ocean of Dharma represents Chögyam Trungpa's greatest contribution to Western Buddhism. This three-volume collection presents in lively, relevant language the comprehensive teachings of the Tibetan Buddhist path of the hinayana, mahayana, and vajrayana."....http://www.shambhalamedia.org/ProductDetails.asp?ProductCode=BVX218

"Proto-Indo-European languages share a base that means "king" (*reg-, literally "straightener"; cf. English regal) suggests the Indo-Europeans had or knew about "kings" of some sort. They probably also had cows (*gwous), as well as sheep, pigs, and dogs. They lived in villages (*weik-, cf. English vicinity), knew about silver and copper, had ships (*nau-, cf. nautical) as well as bows and arrows and rode horses (*ekwo-, from which we get equestrian)...... common words for other things do not show up in Indo-European daughter languages suggests the Indo-Europeans did not know about or have contact with these things. Among them are "ocean," "bronze," and "gold." ....With no common word for "ocean," it seem unlikely the Indo-Europeans were originally a coastal people. No shared word for "vine" makes a Mediterranean origin improbable, too. But even with such compelling and specific linguistic data, scholars still cannot agree as to the exact whereabouts of the aboriginal Indo-Europeans.".....http://www.usu.edu/markdamen/1320Hist&Civ/chapters/07IE.htm

"The River Okeanos flowed in a circle around the entire earth. From its stream all the Rivers and Clouds drew their waters. The underworld Styx, and the river Eridanos of Hyperborea, and Nile of Aithiopia drew their waters directly from the stream.....Homer, Iliad 18. 399 ff (trans. Lattimore) (Greek epic C8th B.C.) : "Okeanos, whose stream bends back in a circle."..http://www.theoi.com/Kosmos/Okeanos.html......

"Hesiod, Theogony 337 ff (trans. Evelyn-White) (Greek epic C8th or C7th B.C.) : "Tethys bore to Okeanos the swirling Potamoi (Rivers) . . . She [Tethys] brought forth also a race apart of daughters, who with lord Apollon and the Rivers have the young in their keeping all over the earth . . . there are three thousand light-stepping daughters of Okeanos scattered far and wide, bright children among the goddesses, and all alike look after the earth and the depths of the standing water." [N.B. The River Okeanos is the source ("father") of the Rivers and Springs.]........http://www.theoi.com/Kosmos/Okeanos.html

"Herodotus, Histories 4. 8. 1 :"As for Okeanos, the Greeks say that it flows around the whole world from where the sun rises.... 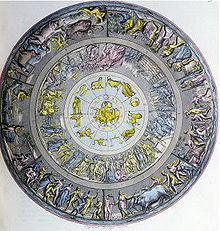 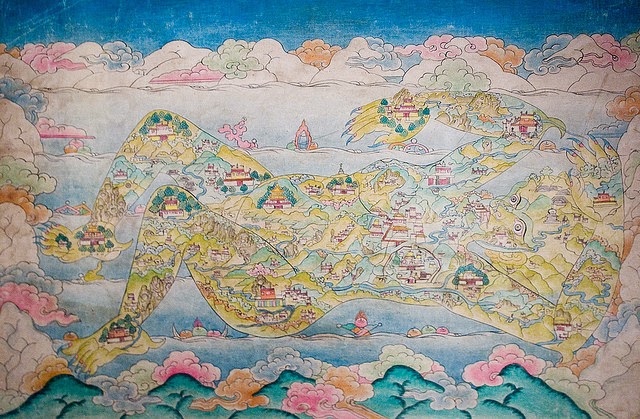 The Demoness of Tibet .....Tibet; late 19th - early 20th century; pigments on cloth...At the time of King Songtsen Gampo Tibet was believed to be a supine Demoness prone to sudden and violent movement and unwelcoming to Buddhism. Songtsen Gampo with the help of his Chinese bride mapped the form of the demoness and then constructed temples at all of the key locations above the principal organs and joints. (See Re-Assessing the Supine Demoness: Royal Buddhist Geomancy in the Srong btsan sgam po Mythology. Martin A. Mills, University of Aberdeen. JIATS, no. 3 (December 2007)