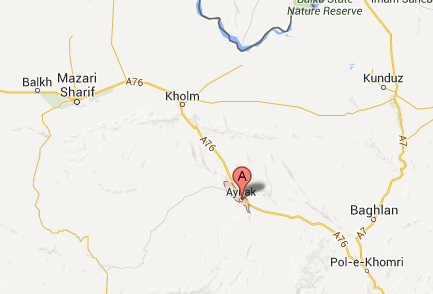 Hazār Som Valley.......(Hazār Som....Thousand caves) area, about 16 km north of Aybak......Puglisi has identified an “urban complex” of more than 200 multi-roomed, multi-storied cave dwellings in Hazār Som Valley. Many exhibit painted designs, bas reliefs, and petroglyphs. Possibly the oldest dwellings date about the first century A.D., with the climax period between the second to third centuries A.D. The erosion of Kūšān power from the third century A.D. may account for the apparent decline of this presumably important caravan way station. Early Islam may have precipitated another peak period between the seventh and thirteenth centuries A.D., when the area seems to have been abandoned and only sporadically occupied by passing nomads.....C. S. Coon, The Seven Caves, New York, 1957. 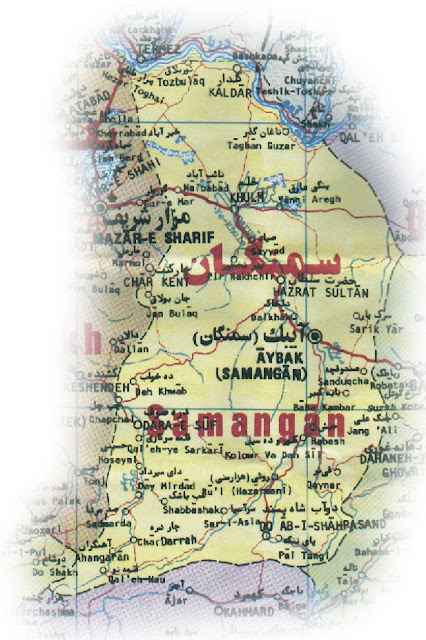 A Buddhist site, Taḵt-e Rostam, (Throne of Rustam) a large stupa hewn in solid rock, is located two km southeast of Aybak. Dating about the fourth to fifth centuries A.D., the site consists of a rock-cut cave monastery complex and an adjacent stupa cut out of limestone, a unique edifice in Afghanistan (N. H. Dupree, The Road to Balkh, pp. 23-25

"Rostam or Rustam (Persian: رُستَم‎, pronounced [ɾostæm, ɾʊstæm]) is the epic hero of the story, Rostam and Sohrab, part of the Persian epic of Shahnameh in Persian mythology and son of Zal and Rudaba. In some ways, the position of Rostam in the historical tradition is parallel to that of Surena, the hero of the Battle of Carrhae. His figure was endowed with many features of the historical personality of Rostam. The latter was always represented as the mightiest of Iranian paladins, and the atmosphere of the episodes in which he features is strongly reminiscent of the Arsacid period. He was immortalized by the 10th-century poet Ferdowsi of Tus in the Shahnameh or Epic of Kings, which contain pre-Islamic folklore and history."....http://en.wikipedia.org/wiki/Rostam

Kara/Qara Kamar Cave, Samangan..... situated in the Hindu Kush foothills about 1000 m above sea level and about 150 m above the valley plain below. It is located about 20 km north-north-west Aybak/Samangan and above village of Sar Kiar or Sarqia-ye Uzbek (Uzbek Sar Kiar). One report places the cave a few kilometres further north near Hazrat Soltan. The cave or rock shelter faces south and commands a view of three valleys for a considerable distance. It has been used as a shelter by herdsmen (sometimes called nomads) for generations. Its roof is covered in soot and its floor in dung. ....Kara/Qara Kamar is one of the seven caves listed by C. Coon in his book Seven Caves (New York, 1957) and is the first Paleolithic site excavated in Afghanistan. The carbon-14 dating of the Kara Kamar stone tools is over 34,000 years BP (Aurignacian-Paleolithic period) and the type of tools found are similar to those found in contemporaneous cultures in Greater Aryana such as Shanidar. The artifacts found include 82 flint implements, animal bones and mollusk remains."....http://www.heritageinstitute.com/zoroastrianism/prehistoricsites/dawn.htm 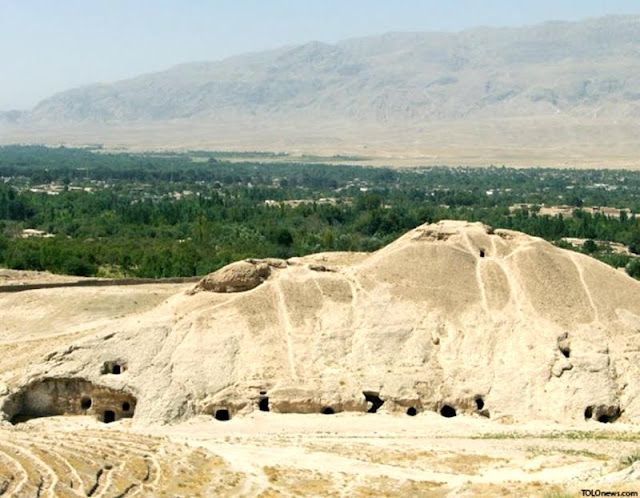