"Shams is the Arabic word for "sun" (شمس). The word has roots that go back to at least the time of the writing of the Epic of Gilgamesh, which references the Akkadian deity called Sham.ash."....http://en.wikipedia.org/wiki 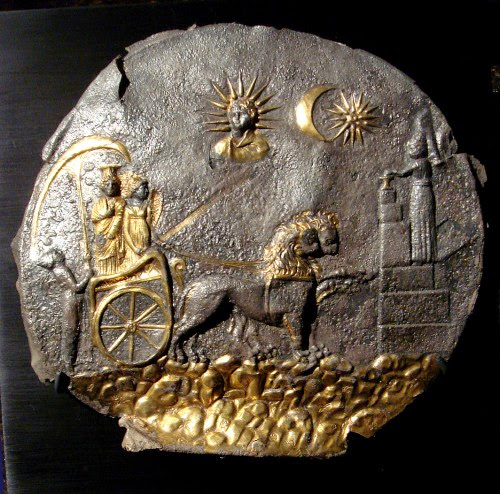 Plate found at Ai Khanum, in a temple, depicting Cybele, a votive sacrifice and the sun God......Guimet Musee.

"Al-Shams disambiguation (the article "the Sun", is written Al- but pronounced Ash- here)..........Ash-Shams, the 91st Sura of the Qur'an.....Sūrat al-Shams (Arabic: الشمس‎ aš-Šams, The Sun) is the 91st sura of the Qur'an with 15 ayat....the sun (ash-shams) is mentioned in several surahs; the reason why is this one called Surah Shams is because, in it, the sun is mentioned four times."....http://en.wikipedia.org/wiki/Ash-Shams

"does shama also mean peace as shanti does? Why we say Om Shanti and not Om Shama?.....Both the words are derived from the same verbal root sham which means 'to be or become calm'. A person who has attained shama is referred to in one of the upaniShads as shAnta. So both the words mean the same."....http://www.indiadivine.org/audarya/advaita-vedanta/531431-aw-sanskrit-shama-shanti.html

"Translation of Sham in Urdu.... Sun ....noun.... شمس .....shams"...... the population of Hindi-Urdu speakers is the fourth largest of the languages of the world, after Mandarin Chinese, English and Spanish.....https://en.wikipedia.org/wiki/Urdu


"Sām (سام), also transliterated Saam is a mythical hero of ancient Persia, and an important character in the Shahnameh epic. He was the son of Nariman, grandson of Garshasp and father to Zāl. He was Iran's champion during the rule of Fereydun, Manuchehr and Nowzar. He was appointed by Manuchehr to rule Zabulistan (Sistan), and then Mazandaran. After Manuchehr, because of Nowzar's corrupted and failed rulership, Iranian champions asked Sām to rule Iran. Sām didn't accept, he supported Nowzar and advised him to follow Fereydun and Manuchehr. Sām returned to Mazandaran, and died soon after that. Afrasiab then attacked Zabulistan."

"Saam" is derived from the Sanskrit root "saman", which means the application of melody (generally to a hymn or song of praise). Saamved, then, translates to "Wisdom of the Chants". 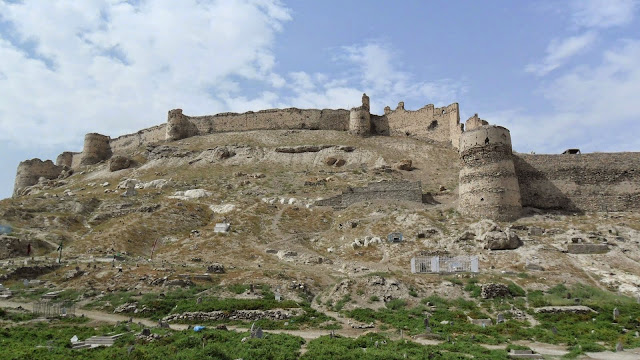 
"Dari, also called "Dari Persian" or "Eastern Persian," ....Persian (Persian: فارسی [fɒːɾˈsiː]) is an Iranian language within the Indo-Iranian branch of the Indo-European languages. It is primarily spoken in Iran (known by Persian speakers as Farsi or Parsi), Afghanistan (officially known as "Dari").....Dari (دری‎ darī) is one of the two official languages of Afghanistan and is a dialect of Persian: sometimes termed Afghan Persian in English.....Dari language (Zoroastrian), an ethnolect of the Zoroastrians of Yazd and Kerman Dari Persian, a modern variety of Persian language, spoken in Afghanistan..... http://en.wikipedia.org/wiki/Dari_language

" The Iranian and Afghan types of Persian are highly mutually intelligible, with differences found primarily in the vocabulary and phonology. In historical usage, Dari refers to the Middle Persian court language of the Sassanids.....Dari, spoken in Afghanistan, should not be confused with Dari or Gabri of Iran, a language of the Central Iranian sub-group, spoken in some Zoroastrian communities.".....http://en.wikipedia.org/wiki/Dari_(Persian_dialect)