"A name that appears to be common to both the Avesta and Vedas is the Vedic asura Mitra and the Avestan Mithra. In the Vedas, Mitra is often addressed together with the asura Varuna. ……While the Vedas tend to anthropomorphize all its deities, it is probable that the asuras, Varuna, Mithra and Agni were originally invisible, non-anthropomorphic, genderless, non-iconic deities (cf. the attributes of Mazda) who may have been worshipped together as Asura worship or exclusively as Mazda worship. " 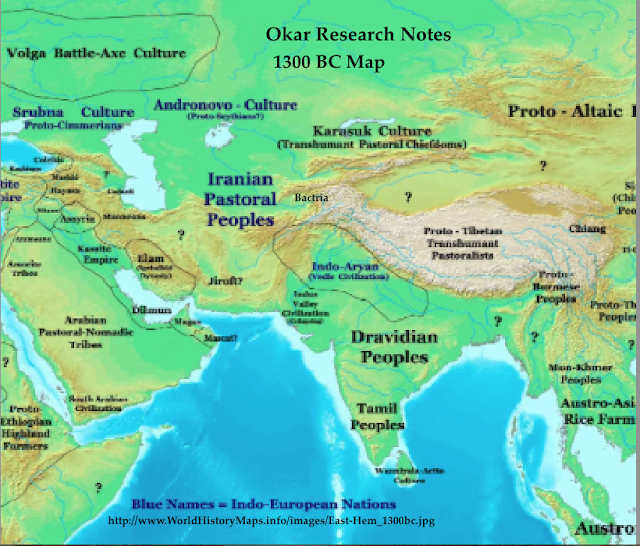 "In his book, The Hymns of Atharvan Zarathushtra, Jatindra Mohan Chatterji calls the Rig Vedic devas the seen gods, and asuras the unseen gods. In other words the devas like Indra were anthropomorphic and capable of representation as idols, while the asuras like Mitra were, for the main part, non-anthropomorphic and formless. …..In the Rig Veda, the devas preside over natural phenomena and the exercise of power and might while the asuras preside over the establishment of a moral and social order. For instance, the deva Indra is guardian of the weather and victory in battle earning the title sahasra-mushka, 'the one with a thousand testicles' (Rig Veda 6.45.3), while the asuras Varuna and Mitra are the guardians of the cosmic and moral laws of rita (cf. asha)."

"In Buddhism, the asuras are seen as lesser deities who are never satisfied…'the jealous gods'……In the Shambhala tradition, Chogyam Trungpa referred to the Asura as 'Feisty Gods'"

…….the three different Aryan religions as well as the relationship between them, evolved significantly over time.

"Some of the asuras such as Mitra, are included in the Zoroastrian scriptures, the Avesta, as angels (fereshtes or yazatas) and guardians or lords (ahuras/asuras) of core Zoroastrian values and ideals."

"An example of a pluralistic, ecumenical accommodation of the asuras and devas by specific communities is a c. 1400 BCE peace treaty with the Hittites, the rulers of the Hurrian kingdom of Mitanni invoked the asuras Varuna and Mitra, as well as the devas Indra and the Nasatyas."….

"In the Rig Veda, we read that the initial relationship between the asuras and deva was one of coexistence. This relationship would gradually change to one of competition. Nevertheless, some asuras such as Agni (fire) are invited by the deva chief Indra to becomes devas (Rig Veda 10.124) and Agni is sometimes referred to as a deva. In verse 5, Varuna, a principle asura, is also invited by Indra to become a deva. " 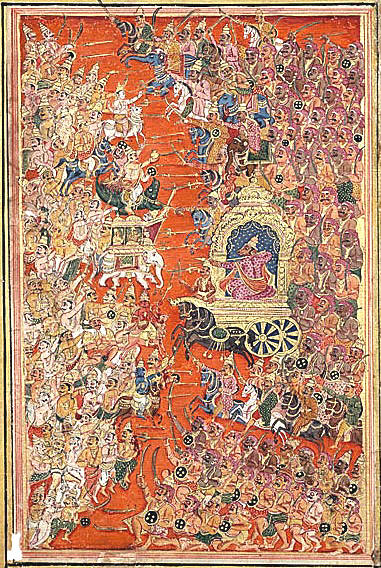 At the time of Zarathushtra's birth, Mazda worship had lost ground to deva worship,…..He preached establishing an ethical order based on the old Mazdayasni faith - one that would come to be known as the Mazdayasni Ahura-Tkaesha. .....The first royal patron of Zarathushtra's religion was King Vishtasp. Ferdowsi's Shahnameh tells us that King Vishtasp was king of Balkh, which at that time had become a tributary state of Turan (Sugd). ….When King Vishtasp adopted the Zoroastrian Mazdayasni faith, he also decided to stop paying tribute to King Arjasp of Turan, whereupon Arjasp gave Vishtasp an ultimatum to resume paying tribute and forsake his adopted faith, or face a devastating invasion (cf. Warner & Atkinson translations of the Shahnameh)……..

Vishtasp rejected the ultimatum and what followed was the War of Religion (cf. Greater Bundahishn 9.36 and Lesser Bundahishn 12.36) in which Vishtasp was apparantly victorious …..The conflict and Vishtasp's victory could have resulted in the deva worshippers living in his Central Asian kingdom, leaving or being pushed south through the Hindu Kush mountain passes into the upper Indus valley (today's Pakistan). It is possible that the Indus valley had previously been populated by deva worshippers, and that those from Central Asia migrated to join their co-religionists. The Hindu Kush (meaning Hindu Killer) would from that point, have formed a border between the Zoroastrian Mazda worshippers and the deva worshippers.

The Indus Valley was called Hindu (later Hind or Ind) in the Avesta. The locals called the region Sindhu and then Sind. Replacing 'h' with 's' is a common way of transforming many Avestan words to Sanskrit. The Persians eventually called the people of the region Hindi, a name that would in western parlance become Indie (India). Indians, however, refer to their country as Bharat. In addition, the name for the religion of the deva worshippers, Hindu, is also derived from the Avestan / Iranian / Persian names for the Indus region. Hindu is not a name for their religion used by the ancient Hindus. Hindus refer to their religion by various names such as Sanatana Dharma, meaning eternal law in Sanskrit, or the Vaideeha Dharma.

However, the Greater Bundahishn also records in 9.36, "In the War of Religion, when defeat was with the Iranians,... ." Such a defeat could have pushed the Iranian out of their Central Asian homeland westward. The Lesser Bundahishn in 12.32-33 states, "32. From the same Padashkh-Vargar mountain unto Mount Kumish, which they call Mount Madofryad ('Come-to-help') -- that in which Vishtasp routed Arjasp -- is Mount Miyan-i-Dast ('mid-plain'), and was broken off from that mountain there. 33. They say, in the War of the Religion, when there was confusion among the Iranians it broke off from that mountain, and slid down into the middle of the plain; the Iranians were saved by it, and it was called 'Come-to-help' by them."

"The perpetual war between the asuras and devas form some of the central themes in the later Hindu texts. This might signify that at the time when these texts were written, the relationship between the Aryan asura and deva worshippers had deteriorated to such an extent that they engaged in continuous internecine conflict. ….The perpetual conflict between the devas and asura described in the Hindu texts found its way into Buddhist literature as well. In Pali Theravada Buddhist literature, the most frequent references to asuras are in connection with the continual war between asuras and devas. Similarly, in Mahayana Buddhist literature the asuras, motivated by envy of the devas, are constantly at war with them. [111: 21-6]."

There is a inexplicable gap in Zoroastrian history this myth might help to fill. The gap occurs after the closing of the Avestan canon and the start of Median and Persian history (c. 800 BCE). Some reason or event caused the Zoroastrians to migrate westward out of the upper Aryan lands. …an entire book of the Avesta, the Vendidad, derives its name from Vi-dev-data, the law against the devas, that is, the law against evil.

To this day, the two peoples, the Zoroastrians and Hindus, intuitively feel a certain historic kinship. When the Zoroastrians were driven out of their Iranian homeland by the Arabs, it is the Hindus of India who gave the Zoroastrians (the Parsees) a home, and the two groups have coexisted peacefully in India for over a thousand years, each honouring the other's freedom to maintain their religious beliefs.