Mount Meru (Sanskrit: मेरु), also called Sumeru (Sanskrit) or Sineru (Pāli) or Kangrinboqe to which is added the approbatory prefix su-, resulting in the meaning "excellent Meru" or "wonderful Meru" and Mahameru i.e. "Great Meru" (Chinese: 須彌山, Japanese: 須弥山 Shumi-sen, Pāli Neru), is a sacred mountain in Hindu, Jain as well as Buddhist cosmology and is considered to be the center of all the physical, metaphysical and spiritual universes. 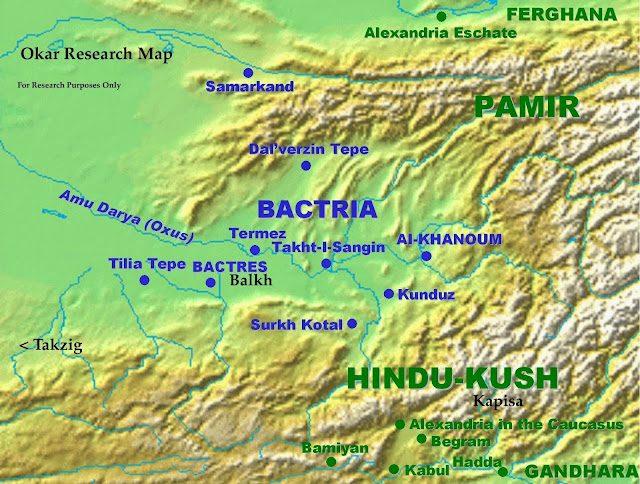 "....in the Kalachakra mandala (a painting on cloth or sand mandala representing the concentric strata of the palace of the meditational deities at the heart of Mount Meru), the Cosmic (or wind tracks) mandala of interlocking circles which represents the paths of the heavenly bodies, and the mandala offering, a mudra made with two hands which represents Mount Meru and the four main continents.....Mount Meru is lapis-blue on our side, which explains why it cannot be seen, but instead blends in with the sky's color....."....http://web.ccsu.edu/astronomy/tibetan_cosmological_models.htm

"At the centre of the land of Tagzig (called Shambhala in the Kalachakra) was Olmo Lungring which had at its centre, Yungdrung Gutsek, a four-sided mountain similar to Mount Meru / Sumeru (see above). The mountain is surrounded by temples, cities and parks. To the mountain's south is the Barpo Sogye palace, where Tonpa Shenrab was born. The complex of palaces, rivers and parks with Mount Yungdrung Gutseg in the centre constitutes the inner region (Nang-gling) of Olmo Lungring. The intermediate region (Bar-gling) consists of twelve cities, four of which lie in the four cardinal directions. The third region includes the outer land (mTha'-gling). These three regions are encircled by snow-capped mountains and an ocean.".....http://www.heritageinstitute.com/zoroastrianism/aryans/location.htm

"The Pamir's deposits of precious stones and metals that correspond to those described as being contained in Mount Meru, the mountain that stood at the centre of the world, in the Hindu scripture, the Vedas. Mount Meru is the equivalent of the Mount Hara Berezaiti, Airyana Vaeja's central mountain mentioned Zoroastrian scriptures, the Avesta. In the Vedas, Mount Meru is described as a four sided mountain where the four sides are made from four different precious substances: the south of lapis-lazuli, the west of ruby, the north of gold and the east of silver (or crystal). The mountains in the south of the Pamir region do indeed contain the only lapis lazuli mines known in antiquity. ....".....http://www.heritageinstitute.com/zoroastrianism/tajikistan/page3.htm

Some researchers have identified Mount Meru or Sumeru with the Pamirs, southeast of Bactra.....The Pamir Mountains are a mountain range in Central Asia formed by the junction or knot of the Himalayas, Tian Shan, Karakoram, Kunlun, and Hindu Kush ranges....Pamir Mountains (ancient Mount Imeon) is considered by some as the Wakhan source of the Oxus River. (Medieval Arabic and Muslim sources call the Oxus river Jayhoun (جيحون) which is derived from Gihon, the biblical name for one of the four rivers of the Garden of Eden.).....

AVESTAN GEOGRAPHY....."The first stumbling-block in the study of Avestan geography is the mixture of mythical and historical elements..... It is impossible to attribute a precise geographical location to the language of the Avesta. The Avestan texts, however, provide some useful pointers, while their comparison with Old Persian inscriptions offer further evidence: Geographical references in the Avesta are limited to the regions on the eastern Iranian plateau and on the Indo-Iranian border. Moreover, the Old Persian inscriptions are written in a language different from that of the Avesta."......http://www.iranicaonline.org/articles/avestan-geography

Description of Mount Meru in the Devi-bhagavata-purana....."Besides Meru are situated, O lord, these four islands, viz., Bhadraswa, and Ketumala, and Jamvudwipa otherwise called Bharata, and Uttar-Kuru which is the abode of persons who have achieved the merit of righteousness. The bird Sumukha, the son of Suparna, beholding that all the birds on Meru were of golden plumage, reflected that he should leave that mountain inasmuch as there was no difference between the good, middling, and bad birds. The foremost of luminaries, the sun, always circumambulates Meru, as also the moon with (his) attendant constellation, and the Wind-god too. The mountain, O king, is endued with celestial fruits and flowers, and it is covered all over with mansions made of furnished gold. There, on that mountain, O king, the celestials, the Gandharvas, the Asuras, and the Rakshasas, accompanied by the tribes of Apsaras, always sport. There Brahman, and Rudra, and also Sakra the chief of the celestials, assembled together, performed diverse kinds of sacrifices with plentiful gifts. Tumvuru, and Narada and Viswavasu, and the Hahas and the Huhus, repairing thither, adored the foremost of the celestials with diverse hymns. The high-souled seven Rishis, and Kasyapa the lord of creatures, repair thither, blessed be thou, on every parva day. 1 Upon the summit of that mountain, Usanas, otherwise called the Poet, sporteth with the Daityas (his disciples)."....http://www.sacred-texts.com/hin/m06/m06006.htm

".....historical elements were superimposed on a body of myths. It was common among the Indo-Iranians to identify concepts or features of traditional cosmography—mountains, lakes, rivers, etc.—with their concrete historical and geographical situation as they migrated and settled in various places....http://www.iranicaonline.org/articles/avestan-geography

" the Avesta or, indeed, the whole body of Zoroastrian writings, including the Pahlavi literature of the ninth century, reveals a number of common features: the concept of Mount Harā, or Haraitī, barəz/bərəz or bərə-zaitī “high” (cf. W. Eilers, Geographische Namengebung in und um Iran, Munich, 1982, p. 42), and that of Mount Meru, or Sumeru, in Brahmanical, Buddhist, and Jainist cosmography..."......http://www.iranicaonline.org/articles/avestan-geography

'....Zoroastrianism superimposed the concept of Airyana Vaēǰah onto the traditional one of a center of the world where the Peak of Harā rises (see above). The fact that Airyana Vaēǰah is situated in a mountainous region explains its severe climate (Vd. 1.2.3) better than does its supposed location in Chorasmia (Markwart, Ērānšahr, p. 155). This is not surprising if we consider the analogy between the Iranian concept of the peak of Harā with the Indian one of Mount Meru or Sumeru. The Manicheans identified Aryān-waižan with the region at the foot of Mount Sumeru that Wištāsp reigned over (W. B. Henning, “The Book of the Giants,” BSOAS 11, 1943, pp. 68f.), and the Khotanese texts record the identification of Mount Sumeru in Buddhist mythology with the Peak of Harā (ttaira haraysä) in the Avestan tradition (H. W. Bailey, Indo-Scythian Studies. Khotanese Texts IV, Cambridge, 1961, p. 12; idem, Dictionary of Khotan Saka, Cambridge, 1979, p. 467). ".....http://www.iranicaonline.org/articles/avestan-geography

"Mary Boyce informs us that when the Khotanese Saka became Buddhists, they referred to Mt. Sumeru of Buddhist legends as Ttaira Haraysa, the peak of Hara. Mt. Sumeru in Buddhist mythology lies at the centre of the earth and according to Anklesaria's translation of GB 5B.1, "Mount Tera is in the middle of the earth."......The Greater Bundahishn translated by B. T. Anklesaria

"...Mount Meru / Sumeru......The Hindu scriptures, the Vedas, refer to the Mount Hara as Mount Meru or Sumeru (the Great Meru), and describe the Himalayas as stemming from Mount Meru which itself stands at the centre of the known world. The Vedas also refer to Arya Varta as Paradesha, the original country. In the Vedas, Bharatavarsha, Ancient India, lay to the south of the Himalayas. "......http://www.heritageinstitute.com/zoroastrianism/aryans/location.htm