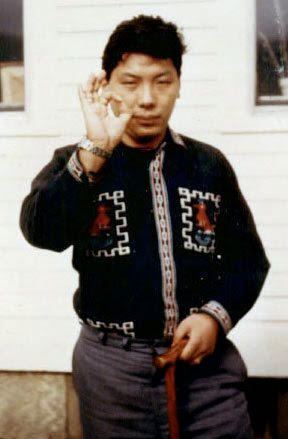 "Maha Ati is a term coined by Chögyam Trungpa, a master of the Kagyu and Nyingma lineages of Tibetan Vajrayana Buddhism. He generally preferred to introduce Sanskrit rather than Tibetan terms to his students, and felt "Maha Ati" was the closest equivalent for "Dzogchen," although he acknowledged it was an unorthodox choice. The coinage does not follow the sandhi rules which would be rendered as mahāti."….http://en.wikipedia.org/wiki/Maha_Ati

"Maha Ati: Natural Liberation Through Primordial Awareness is a general introductory overview of the path popularly known as Tibetan Buddhist Dzogchen. It is based in the Longchen Nyingthik tradition, Rigdzin Jigme Lingpa’s (1730-1798) revision of Kunkhyen Longchen Rabjam’s (1308-1363) original transmission of Maha Ati. Longchen Nyingthik is rooted in the Nyingmapa or “Ancient School” synonymous with the “Early Dissemination of the [Buddhist] Doctrine” as it found its way to Tibet from India prior to the end of the tenth century CE. The essay also attempts, by way of comparison, to place this tradition side by side with indigenous Bonpo Dzogchen, the doctrines of the Kagyupa, and the “New Translation” schools of Tibetan Buddhism. In these practices the ground from which imagination resolves itself in apparent phenomena is revealed…..http://www.buddhistgeeks.com/2010/05/maha-ati-natural-liberation-through-primordial-awareness/ 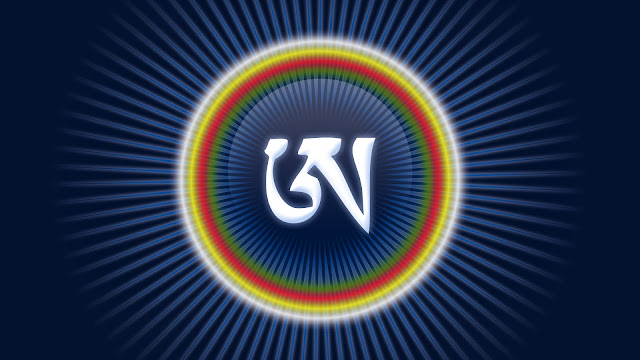 "According to Tibetan Buddhism and Bön, Dzogchen (Rdzogs chen or Atiyoga) is the natural, primordial state or natural condition, and a body of teachings and meditation practices aimed at realizing that condition. Dzogchen, or "Great Perfection", is a central teaching of the Nyingma school also practiced by adherents of other Tibetan Buddhist sects. According to Dzogchen literature, Dzogchen is the highest and most definitive path to enlightenment."…. Keown, Damien. (2003). A Dictionary of Buddhism, p. 82. Oxford University Press. ISBN 0-19-860560-9.

"The first Nirmanakaya—incarnate master—of Maha Ati was Vajrayanaguru Garab Dorje (dGa’rab rDo rje), whose name means “Vajra of Supreme Happiness” and of whom it was said, “At the very instant of having mind nature pointed out, [he] became a fully enlightened Buddha without having undergone any training whatsoever.” …..Garab Dorje transmitted Maha Ati to various Indian masters including Manjusrimitra, who obtained instant realization simply by observing a gesture of “direct introduction” from his master."…..http://www.buddhistgeeks.com/2010/05/maha-ati-natural-liberation-through-primordial-awareness/

"Manjusrimitra passed the Maha Ati teaching “beyond the karmic law of cause and effect” to Shri Singha, who transmitted it to Padmasambhava, Vimalamitra, Vairochana the translator, and Jnanasutra. Three “classes” or divisions of Maha Ati Yoga are attributed to three of these masters, the first two: sem-dhe, the Mind class, and long-dhe, the Space class, were introduced by Vairochana, while man-ngag-dhe, the Instruction, or “Secret Instruction” class, was transmitted by Vimalamitra and Padmasambhava. Two important practices complete the “Secret Instruction” class phase of Maha Ati, beyond the quality of “clarity” found in the initial Mind Class, and the “empty” quality of the secondary Space Class. These practices are known as trekcho, “cutting through” to primal purity, akin to the solve phase of the famous alchemical dictum solve et coagula (dissolve and coagulate -and you will achieve mastery), and thogal, “direct leap” into spontaneous presence…"..http://www.buddhistgeeks.com/2010/05/maha-ati-natural-liberation-through-primordial-awareness/

"Ati-yoga, the self-liberated state, is based on the direct experiential knowledge of the primordial state, the joining (or realization of the inseparability) of what is known as the Path (or: Child) and Mother Luminosity. The other three primary Tibetan Buddhist religious schools, the Kagyudpa (bKa’ rgyud pa), the Sakyapa (Sa skya pa) and the Gelugpa (dGe lugs pa) list the following as higher tantras, or Anuttara Tantras: 1. Pitri-yoga: Father Tantras. 2. Matri-yoga: Mother Tantras. 3. Advitya-yoga: Non-Dual Tantras. {{8}} Although scholars clinging to this school of thought or that disagree on this point, Advitya-yoga is essentially indistinguishable from Advaita Vedanta’s ultimate non-dual realization."…..http://www.buddhistgeeks.com/2010/05/maha-ati-natural-liberation-through-primordial-awareness/

"Advaita developed in a multi-faceted religious and philosophical landscape. The tradition developed in interaction with the other traditions of India, Buddhism, Vaishnavism and Shaivism, as well as the other schools of Vedanta….During the Vedic period (1500–600 BCE) the Rishis formulated their religio-philosophical and poetical visions, which are further explored in the Upanishads, the jnāna-kānda of the Vedas."….http://en.wikipedia.org/wiki/Advaita_Vedanta

"In Ramana Maharshi’s contemporary elucidation of ancient Vedic non-dualism through self-enquiry, sadhanas can support ultimate realization. They are “pointing to” instructions and practices that literally ground the resulting experiences and prepare one for the relinquishment of conceptualization….There is an interesting connection between Ramana’s “Who am I?” and Dzogchen master Namkhai Norbu’s frontispiece to his book The Supreme Source: “This ‘I’ is your true state: the primordial Buddha, the supreme source of manifestation.”……http://www.buddhistgeeks.com/2010/05/maha-ati-natural-liberation-through-primordial-awareness/

"The Blue Pancake….There is a dimension of surprise that we never thought of, we never expected. We never expected the sky to drop on our head……A teaching on maha ati by Chögyam Trungpa Rinpoche….Maha ati teachings talk of enormous space. In this case, it is not space as opposed to a boundary, but a sense of total openness…..Ati yoga teaching or discipline is sometimes defined as that which transcends coming, that which transcends going, and that which transcends dwelling. ….From the perspective of ati, the rest of the yanas are trying to comfort us: "If you feel separate, don't worry. There is non-duality as your saving grace. Try to rest your mind in it. Everything is going to be okay. Don't cry." In contrast, the approach of ati is a blunt and vast attitude of total flop, as if the sky had turned into a gigantic pancake and suddenly descended onto our head, which ironically creates enormous space. That is the ati approach, that larger way of thinking, that larger view…..http://www.shambhala.org/teachers/vctr/bluepancake.html

"Buddhism has a number of schools, primarily divided into the hinayana, mahayana and vajrayana traditions, and squabbling goes on among all of them. They all speak the language of totality, and every one of them claims to have the answer…. The hinayanists may say that they have the answer because they know reality. The mahayanists may say that the bodhisattva is the best person that we could ever find in the world. Tantric practitioners may say that the most fantastic person is the powerful and crazy yogi who is unconquerable and who has achieved siddhis and magical powers of all kinds. Let them believe what they want. It's okay. But what do those things mean to us personally, as students who want to practice and who want to experience the teachings?"….. The Blue Pancake….A teaching on maha ati by Chögyam Trungpa Rinpoche...http://www.shambhala.org/teachers/vctr/bluepancake.html

"Our ordinary approach to reality and truth is so poverty stricken that we don't realize that the truth is not one truth, but all truth. It could be everywhere, like raindrops, as opposed to water coming out of a faucet that only one person can drink from at a time. Our limited approach is a problem. It may be our cultural training to believe that only one person can get the truth: "You can receive this, but nobody else can." But from the point of view of ati, there is "all" dharma rather than "the" dharma. The notion of "one and only" does not apply anymore. If the gigantic pancake falls on our head, it falls on everybody's head……In some sense it is both a big joke and a big message. You cannot even run to your next-door neighbor saying, "I had a little pancake fall on my head. What can I do? I want to wash my hair." You have nowhere to go. It is a cosmic pancake that falls everywhere on the face of the earth. You cannot escape-that is the basic point. From that point of view, both the problem and the promise are cosmic……If you are trying to catch what I am saying, quite possibly you cannot capture the idea. In fact, it is quite possible that you do not understand a word of it. You cannot imagine it in even the slightest, faintest way. But it is possible that there are situations that exist beyond your logic, beyond your system of thinking. That is not an impossibility. In fact it is highly possible."….. The Blue Pancake….A teaching on maha ati by Chögyam Trungpa Rinpoche...http://www.shambhala.org/teachers/vctr/bluepancake.html 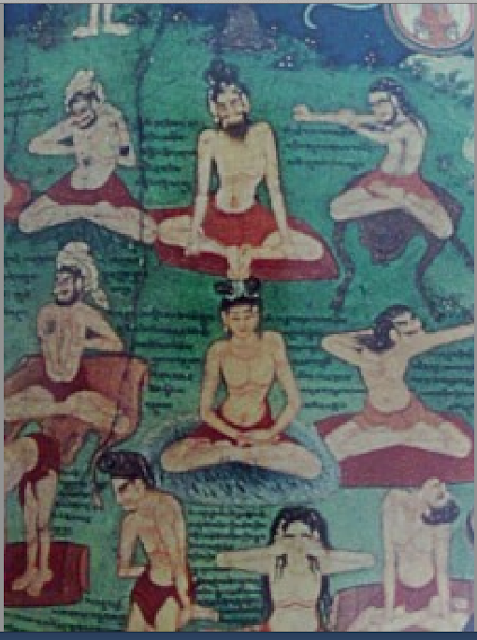 "The three inner tantras are mahayoga, anuyoga, and atiyoga or dzogchen.."....http://www.deinayurveda.net/wordpress/2010/03/anuyoga-tibetan-studies-conference/