"The early Greek historian Ctesias c. 400 BCE (followed by Diodorus Siculus) alleged that the legendary Assyrian king Ninus had defeated a Bactrian king named Oxyartes in ca. 2140 BC, or some 1000 years before the Trojan War."…

Ninus:….."According to Castor of Rhodes (150 BC), his reign lasted 52 years, its commencement falling in 2189 BC according to Ctesias. He was reputed to have conquered the whole of western Asia in 17 years with the help of Ariaeus, king of Arabia, and to have founded the first empire, defeating the legendary kings Barzanes of Armenia (whom he spared) and Pharnus of Medea (whom he had crucified)…..Ninus' Empire according to Diodoros (60 and 30 BC)……As the story goes, Ninus, having conquered all neighboring Asian countries apart from India and Bactriana, then made war on Oxyartes, king of Bactriana, with an army of nearly two million, taking all but the capital, Bactra. During the siege of Bactra, he met Semiramis, the wife of one of his officers, Onnes, whom he took from her husband and married. The fruit of the marriage was Ninyas, said to have succeeded Ninus."……http://en.wikipedia.org/wiki/Ninus

"Ctesias of Cnidus (/ˈtiːʒəs/; Ancient Greek: Κτησίας) was a Greek physician and historian from Cnidus in Caria. Ctesias, who lived in the 5th century BC, was physician to Artaxerxes Mnemon, whom he accompanied in 401 BC on his expedition against his brother Cyrus the Younger…..Ctesias was the author of treatises on rivers, and on the Persian revenues, of an account of India entitled Indica (which is of value as recording the beliefs of the Persians about India), and of a history of Assyria and Persia in 23 books, called Persia, written in opposition to Herodotus in the Ionic dialect, and professedly founded on the Persian royal archives."….

The Classical Period or Golden Age of Greece, was from around 500 to 300 BC.

"The legends narrated by Diodorus Siculus, Justin and others from Ctesias of Cnidus describe Semiramis and her relationship to King Ninus, himself a mythical king of Assyria, not attested in the Assyrian King List…..For ancient Greeks Semiramis (Greek: Σεμίραμις, Armenian: Շամիրամ Shamiram) was the legendary queen of king Ninus, succeeding him to the throne of Assyria."

The Bactria–Margiana Archaeological Complex (or BMAC, also known as the Oxus civilization) is the modern archaeological designation for a Bronze Age civilisation of Central Asia, dated to ca. 2300–1700 BC, located in present day northern Afghanistan, eastern Turkmenistan, southern Uzbekistan and western Tajikistan, centered on the upper Amu Darya (Oxus River).

4750 B.C. (Year 0)….The first temple of Ashur is built. This marks the beginning of the Assyrian calendar….Ashur was occupied from the mid-3rd millennium BC (Circa 2600-2500 BC) through to the 14th Century AD….Aššur is also the name of the chief deity of the city. He was considered the highest god in the Assyrian pantheon.

The ancient Sumerian city of Assur came under Assyrian control by about 2000 BC, serving as the capital of the Assyrian Kingdom.

2500 B.C. (2250) The three great Assyrian cities of Ashur, Arbel and Nineveh are clearly established long before this date, yet no solid archaeological evidence can be cited (because of a lack of research into this area). By 2500 B.C., these cities were thriving metropoli.

2371 B.C. (2379) Sargon of Akkad rises to power, establishing the first Assyrian kingdom in South Mesopotamia….Sargon of Akkad (also known as Sargon the Great and Sarru-Kan, meaning 'True King') reigned in Mesopotamia from 2334 to 2279 BCE

The earliest known Egyptian pyramids are found at Saqqara, northwest of Memphis. The earliest among these is the Pyramid of Djoser (constructed 2630 BCE–2611 BCE) which was built during the third dynasty. The Pyramid of Djoser (or Zoser), or step pyramid (kbhw-ntrw in Egyptian) is an archeological remain in the Saqqara necropolis, Egypt, northwest of the city of Memphis. It was built during the 27th century BC for the burial of Pharaoh Djoser by Imhotep, his vizier. It is the central feature of a vast mortuary complex in an enormous courtyard surrounded by ceremonial structures and decoration. 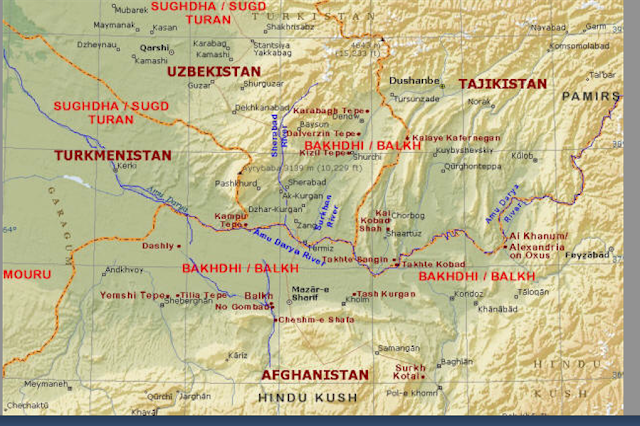