Dr Stefan Baums (LMU Munich‎)…..October 2013:…."This lecture compares the emergence of the Kharoṣṭhī scribal tradition around the fourth century BC and the Tibetan in the seventh century CE. Both scripts were adapted to previously unwritten languages, underwent a process of paleographic and orthographic standardization, and developed from instruments of empire and administration into the carriers of major Buddhist literary traditions. In addition to these parallels, the lecture suggests an unnoticed historical connection between the two scripts in the cultural meeting grounds of Central Asia"……http://www.soas.ac.uk/cia/tibetanstudies/events/11oct2013-kharoh-and-tibetan-two-scribal-traditions-and-a-hidden-connection.html

"Stefan Baums….I teach Sanskrit, Prakrit and Pali language and literature and South Asian Buddhism at the Institute for Indian and Tibetan Studies of the University of Munich and serve as lead researcher of the Buddhist Manuscripts from Gandhāra project at the Bavarian Academy of Sciences and Humanities. Before joining the University of Munich, I held research and teaching posts at the University of Copenhagen, the University of Washington, the University of California, Berkeley, and Leiden University, and was a Visiting Professor of South Asian and Buddhist Studies at the University of California, Berkeley. My research interests include Buddhist philology and epigraphy, the beginnings of written Buddhist literature, the interaction of written and oral modes of text transmission, the development of Buddhist hermeneutics, and the description of Gāndhārī language and literature. My current work focuses on the decipherment and edition of three Gāndhārī birch‐bark manuscripts containing commentaries on early Buddhist verses, and on a comprehensive study of the historical connections and exegetical principles of this group of verse commentaries and the related Gāndhārī Saṃgītisūtra commentary. I am the editor (with Andrew Glass) of the Dictionary of Gāndhārī." Dr. Stefan Baums
Institute for Indian and Tibetan Studies
University of Munich
Ludwigstraße 31
80539 Munich
baums@lmu.de


"The discovery of the earliest Buddhist manuscripts – written in Gāndhārī language and Kharoṣṭhī script and dating from the 1st c. BCE to the 4th c. CE – has revolutionized our understanding of this formative phase of Buddhism. On the way from India through Gandhāra to Central Asia and China, Buddhism turned into a world religion, and Gandhāra played a central role in the development of Buddhist scholasticism, Mahāyāna Buddhism and Buddhist art. The project ‘Early Buddhist manuscripts from Gandhāra: religious literature at the interface of India, Central Asia and China’ completes the edition of all known Gāndhārī manuscripts, contributes to the compilation of the Dictionary of Gāndhārī, and prepares a comprehensive Historical Grammar of Gāndhārī, Paleography of Kharoṣṭhī, and History of Gandhāran Literature and of Buddhism in Gandhāra. It collaborates with the Early Buddhist Manuscripts Project (University of Washington) in the study of the British Library collection of Gāndhārī scrolls and continues the work of the DFG project ‘The Bajaur collection of Buddhist Kharoṣṭhī manuscripts’ (Freie Universität Berlin, 2005–12). Funding is provided by the Union of the German Academies of Sciences and Humanities under the auspices of the Bavarian Academy of Sciences and Humanities."…..http://www.en.gandhara.indologie.uni-muenchen.de/index.html 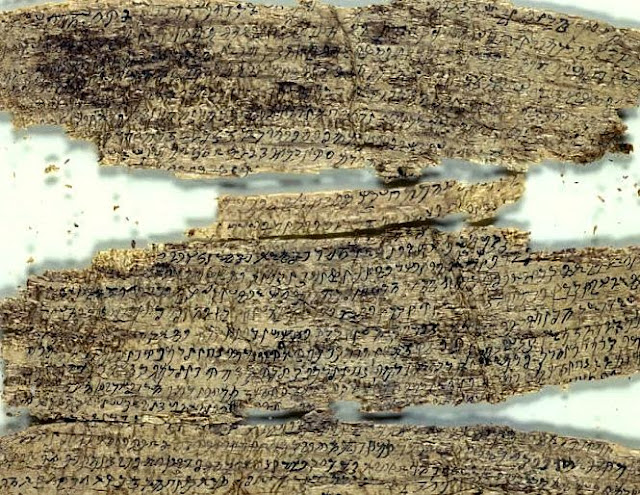 "The oldest surviving Buddhist texts, preserved on long rolls of birch-tree bark, are written in Gandhari, an early regional Indic language that is long extinct. The scrolls originate from the region known in ancient times as Gandhara, which lies in what is now Northwestern Pakistan.".....http://archaeologynewsnetwork.blogspot.com

"The oldest dated birch bark manuscripts are numerous Gandhāran Buddhist texts from approximately the 1st century CE, believed to have originated in Afghanistan, likely by the Dharmaguptaka sect. Translations of the texts, mostly from Kharoṣṭhī script, have produced the earliest known versions of significant Buddhist scriptures, including: a Dhammapada; discourses of Buddha that include the Rhinoceros Horn Sutra; Avadanas; and Abhidharma texts. Sanskrit birch bark manuscripts, written with Brāhmī script, have been dated to the first few centuries CE. Several early Sanskrit writers, such as Kalidasa (c. 4th century CE), Sushruta (c. 3rd century CE), and Varahamihira (6th century CE) mention the use of birch bark for manuscripts. The bark of Betula utilis (Himalayan Birch) is still used today in India and Nepal for writing sacred mantras.

"The Gandhāran Buddhist texts are the oldest Buddhist manuscripts yet discovered, dating from about the 1st century CE.They are written in Gāndhārī, and are possibly the oldest extant Bactrian and Indian texts altogether. They were sold to European and Japanese institutions and individuals, and are currently being recovered and studied by several universities. The Gandhāran texts are in a considerably deteriorated form (their survival alone is extraordinary), but educated guesses about reconstruction have been possible in several cases using both modern preservation techniques and more traditional textual scholarship, comparing previously known Pāli and Buddhist Hybrid Sanskrit versions of texts. Other Gandhāran Buddhist texts—"several and perhaps many"—have been found over the last two centuries but lost or destroyed…..The texts are attributed to the Dharmaguptaka sect by Richard Salomon, the leading scholar in the field, and the British Library scrolls "represent a random but reasonably representative fraction of what was probably a much larger set of texts preserved in the library of a monastery of the Dharmaguptaka sect in Nagarāhāra."…..http://en.wikipedia.org/wiki/Gandhāran_Buddhist_texts 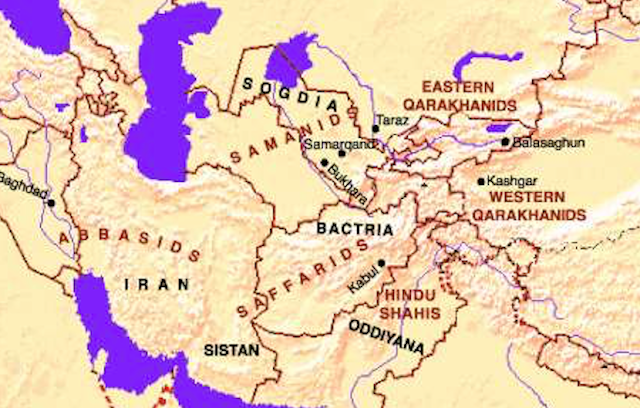 "Among the scrolls were found the earliest known versions of the Abidharma and Prajnaparamita texts, among other teachings. Scholars found that Mahayana and (then) Hinayana, rather than evolving sequentially, developed simultaneously, in an intertwined fashion. The conclusion specialists have drawn is that there is no single, original canon.... The Pali Canon is no longer the gold standard of what the Buddha taught, with other texts considered later additions."....http://newbuddhist.com/discussion/11592/significance-of-the-gandhari-scrolls-to-mahayana-theravada-split

"The Dharmaguptaka (Sanskrit: धर्मगुप्तक; Chinese: 法藏部; pinyin: Fǎzàng Bù) are one of the eighteen or twenty early Buddhist schools, depending on one's source. They are said to have originated from another sect, the Mahīśāsakas. The Dharmaguptakas had a prominent role in early Central Asian and Chinese Buddhism, and their monastic rules for bhikṣus and bhikṣuṇīs are still in effect in some East Asian countries to this day, including China, Vietnam, and Korea. They are one of three surviving Vinaya lineages, along with the Theravāda and the Mūlasarvāstivāda."….http://en.wikipedia.org/wiki/Dharmaguptaka

"Among the Dharmaguptaka Gandhāran Buddhist texts in the Schøyen Collection, is a fragment in the Kharoṣṭhī script referencing the Six Pāramitās, a central practice for bodhisattvas in Mahāyāna doctrine."…Patrick Cabouat and Alain Moreau (2004). "Eurasia Episode III - Gandhara, the Renaissance of Buddhism". Eurasia. Episode 3. 11:20 minutes in. France 5 / NHK / Point du Jour International.

Bactrian Sanskrit…..Recent Archeological unearthings of Sanskrit inscriptions attest to the prevalence of the Sanskrit alphabet in Afghanistan. Some later Sanskrit inscriptions in late Brahmi of about around the fifth to eighth centuries have also been found in Afghanistan in recent decades. Worthy of note are the Dilberjin fresco inscriptions (Drevniaia Baktriia); the Gardez inscriptions on an image of Ganesa; and the Uma Maheshvara image inscriptions from Tapa Skandar. Several Buddhist inscriptions of this period with the Buddhist creed on votive clay tablets have also been discovered at Ghazni[….The Kushans employed Sanskrit abundantly for use in Buddhist literary texts, as is evident from epigraphic evidence. The presence of Buddhist literary texts in Sanskrit of the Kushan period goes hand in hand with the codification of the Sanskrit canon of the of the Sarvastivada school in Kashmir at the Buddhist council in the time of Kanishk…..Historians attest the largest population of the region including Bactria spoke vernacular dialects of Sanskrit."… The Silk Road in World History, Xinru Liu, Oxford University Press, p.46

Tibetan:…."The creation of the Tibetan alphabet is attributed to Thonmi Sambhota of the mid-7th century. Tradition holds that Thonmi Sambhota, a minister of Songtsen Gampo (569-649), was sent to India to study the art of writing, and upon his return introduced the alphabet. The form of the letters is based on an Indic alphabet of that period….Which specific Indic script inspired the Tibetan alphabet remains controversial. Recent study suggests Tibetan script was based on an adaption from Khotan of the Indian Brahmi and Gupta scripts taught to Thonmi Sambhota in Kashmir (Berzin, Alexander. A Survey of Tibetan History - Reading Notes Taken by Alexander Berzin from Tsepon, W. D. Shakabpa, Tibet: A Political History. New Haven, Yale University Press, 1967: http://www.berzinarchives.com/web/en/archives/e-books/unpublished_manuscripts/survey_tibetan_history/chapter_1.html).

"THE ORIGIN OF TIBETAN WRITING.....The Tibetan scripts that are in use today came into existence 1,300 years ago when a script known as the Pungyig (spungs yig) of Persia appeared in the country of Zhangzhung, in Ngari....Sam van Schaik) translation of an essay on the Tibetan script by Dungkar Losang Khrinley, from his recent magnum opus, the Dungkar Tibetological Great Dictionary]