"Kalhana (c. 12th century), a Kashmiri, was the author of Rajatarangini (Chronicle of Kings), an account of the history of Kashmir. He wrote the work in Sanskrit between 1148 and 1149. All information regarding his life has to be deduced from his own writing, a major scholar of which is Mark Aurel Stein. Robin Donkin has argued that with the exception of Kalhana, "there are no [native Indian] literary works with a developed sense of chronology, or indeed much sense of place, before the thirteenth century"."….Donkin, Robin A. (1998). "Beyond price: pearls and pearl-fishing: origins to the age of discoveries". Memoirs of the American Philosophical Society (American Philosophical Society) 224. ISBN 978-0-87169-224-5.

"More than a millennium after Megasthenes, we again hear of these people from a Kashmiri Pundit, Kalhana by name. About the year 1160, Kalhana completed his masterful Rajatarangni – Chronicle of Kings – a wholly interesting, if sometimes fawning and peppered with flowery hyperbole, account of the kings of Kashmir from very early times. Among homespun histories it is the Rajatarangni that makes the first ever mention of the Darada. This obviously being the Sanskrit pronunciation of the tribe’s name that Megasthenes calls Derdai........We are told that sometime in the 5th century CE, three ‘impure’ classes of people overran Kashmir. Foremost among these were the Daradas living in Daradesa north of Kashmir who, the chronicle goes on to say, were overly fond of wine. Almost another millennium was to pass before a German Orientalist and educationist who lived in Lahore told us after a field trip to the area that the people of Gilgit Wazarat (as it was then known) or the Gilgit-Baltistan province of Pakistan (as we today call that country) were the Derdai of Megasthenes and the Darada of Kalhana’s Rajatarangni. Having come to this conclusion after a peculiarly short field trip in the summer of 1866, G. W. Leitner, who taught in Lahore’s Government College, labelled Gilgit-Baltistan as Dardistan."........http://odysseuslahori.blogspot.com/2014/03/Baltistan.html

"PARIHASAPURA......The karewas of Paraspor and Divar are situated at a distance of fourteen miles from Srinagar on the Baramula road. They were chosen by King Lalitaditya (c. A.D. 750) for the erection of a new capital city, and it is certain that, given a sufficient supply of drinking water, the high and dry Plateaus of Parihasapura have every advantage over the low, swampy Srinagar as a building site.".....http://koausa.org/Monuments/Chapter6.html 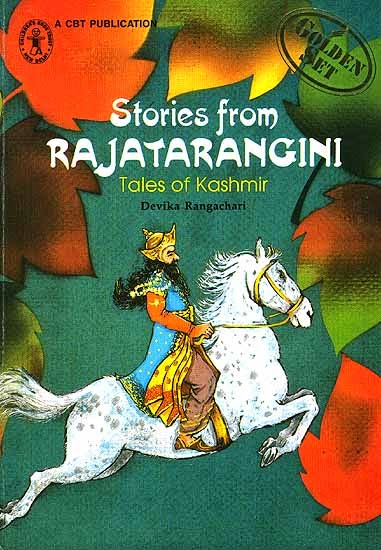 "Punjab literally means "(The Land of) Five Rivers" referring to the following rivers: the Jhelum, Chenab, Ravi, Sutlej, and Beas. All are tributaries of the Indus River, the Jhelum being the largest." 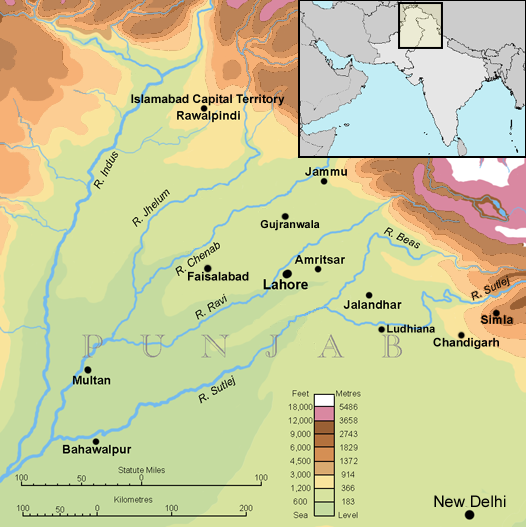 Rājatarangiṇī (Rājataraṃgiṇī "The River of Kings") is a metrical historical chronicle of north-western Indian subcontinent, particularly the kings of Kashmir, written in Sanskrit by Kashmiri Brahman Kalhaṇa in 12th century CE. The work generally records the heritage of Kashmir, but 120 verses of Rājatarangiṇī describe the misrule prevailing in Kashmir during the reign of King Kalash, son of King Ananta Deva of Kashmir. Although the earlier books are inaccurate in their chronology, they still provide an invaluable source of information about early Kashmir and its neighbors in the north western parts of the Indian subcontinent, and are widely referenced by later historians and ethnographers….http://en.wikipedia.org/wiki/Rajatarangini 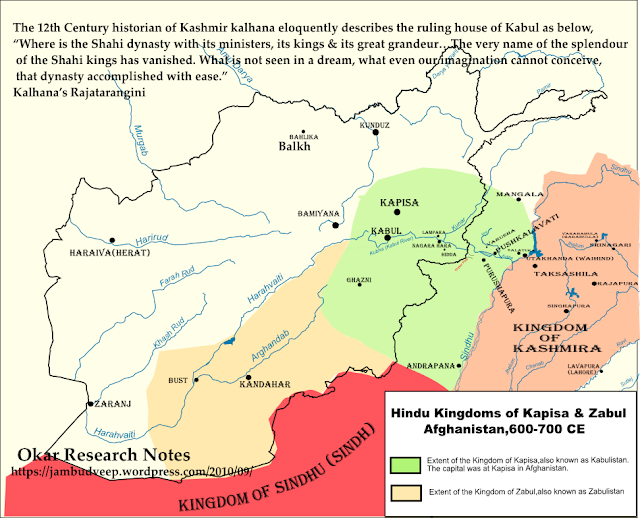 "The Rajatarangini was written in Sanskrit by Kalhana, who was a Kashmiri Brahmin. The Rajataringini provides the earliest source on Kashmir that can be labeled as a "historical" text on this region. The broad valley of Kashmir, also spelled Cashmere is almost completely surrounded by the Great Himalayas and the Pir Panjal range. Kalhana states that the valley of Kashmir was formerly a lake. This was drained by the great rishi or sage, Kashyapa, son of Marichi, son of Brahma, by cutting the gap in the hills at Baramulla, derived from Sanskrit वराहमूल (Boar's Molar), वराह (Varaha) meaning Boar + मूल (Mula) meaning deep or root…..http://en.wikipedia.org/wiki/Rajatarangini

"Kalhana (कल्हण) (c. 12th century CE) a Kashmiri Brahmin was the author of Rajatarangini, and is regarded by some as Kashmir's first historian. In fact, his translator Aurel Stein expressed the view that his was the only true Sanskrit history. Little is known about him except from what he tells us about himself in the opening verses of his book. His father Champaka was the minister (Lord of the Gate) in Harsha of Kashmir's court…..http://en.wikipedia.org/wiki/Rajatarangini

"The author of the Rajatarangini history chronicles the rulers of the valley from earliest times, from the epic period of the Mahābhārata to the reign of Sangrama Deva (c.1006 CE), before the Muslim era. The list of kings goes back to the 19th century BCE. Some of the kings and dynasties can be identified with inscriptions and the histories of the empires that periodically included the Kashmir valley, but for long periods the Rajatarangini is the only source….The work consists of 7826 verses, which are divided into eight books called Tarangas (waves). Kalhaṇa’s account of Kashmir begins with the legendary reign of Gonarda, who was contemporary to Yudhisthira of the Mahābhārata, but the recorded history of Kashmir, as retold by Kalhaṇa begins from the period of the Mauryas. ….Kalhaṇa’s account also states that the city of Srinagar was founded by the Mauryan emperor, Ashoka, and that Buddhism reached the Kashmir valley during this period. From there, Buddhism spread to several other adjoining regions including Central Asia, Tibet and China…..http://en.wikipedia.org/wiki/Rajatarangini

Translations……Rajatarangini was translated into Persian by Zain-ul-Abidin order.
There are English translations of Rājatarangiṇī by:
Ranjit Sitaram Pandit
Horace Hayman Wilson, secretary of The Asiatic Society of Bengal in the early 19th century, and the first English translator of the Rajataragini.
Jogesh Chandra Dutt in the late 19th century.
Aurel Stein, done in the early 20th century, in 3 volumes - the most comprehensive.
Gopikrishna Shastri (Ujjain) also translated the work into Hindi.


"Kalhana is non Sanskritic but may have had some meaning in the local dialect at that time……Fortunately for us Kalhana has not left us into guessing the date of his composition. He explicitly says that he began the writing of his chronicle in year 4224 of the Laukika era i.e. 1148-49 AD. and finished it in the year following….