ASHE: The Powerful Existence Arising Out of Basic Goodness 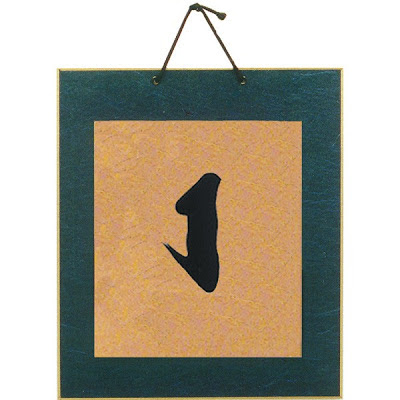 "The Warrior Assembly, the jewel of Shambhala Training and the culmination of the Sacred Path program, is a living teaching in creating enlightened society. Participants receive the transmission of advanced Shambhala warriorship practices and study the root text and commentary, The Golden Sun of the Great East. This text describes the principles and practice of Ashe, a simple and powerful practice that enables one to transform confusion and hesitation into wisdom and authenticity.....http://www.shambhala.org/shambhala-training.php

During the Sacred Path weekends and Warriors Assembly, students study Shambhala texts composed by Chögyam Trungpa, as well as practices such as that of the stroke of ashé. The stroke of ashé was first produced on the night of October 25, 1976, while Trungpa was leading a three-month seminary in Land O' Lakes, Wisconsin. It was followed by subsequent texts, some of which were considered to be terma, which were received over the next few years.

The Buddha is said to have taught the Kalachakra Tantra at Dhanyakataka in South India. His main disciple, King Suchandra, subsequently took the teachings back to Shambhala where he built a magnificent Kalachakra mansion....In Dhannyakataka stupa, when Buddha proclaimed " Kalachakra", ninety seven kings headed by Sucandra, flew from Shambala under magical powers......In the Indo-Tibetan Vajrayana Buddhist tradition, there are thirty-two Kings of Shambhala, a mythical kingdom.....The first notable king of Shambhala, King Suchandra (sometimes wrongly Sanskritized as "Chandrabhadra," Tib. Dawa Sangpo), was the one who requested teaching from the Buddha. In response to his request, the Buddha gave the first Kalachakra root tantra. By practicing the Kalachakra the whole of Shambhala became an enlightened society, with Suchandra as the ruler. 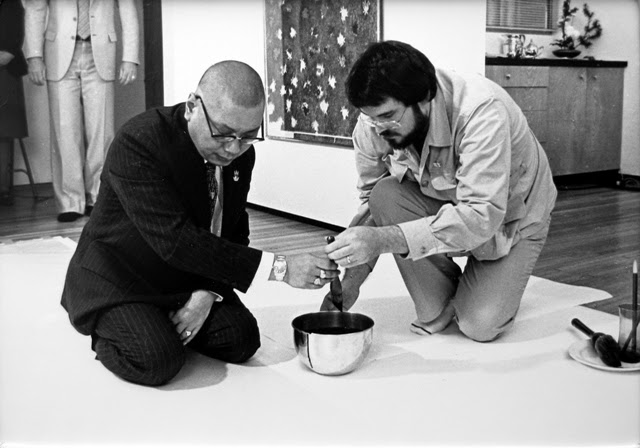 The earliest certain ancestor of "A" is aleph (also called 'aleph), the first letter of the Phoenician alphabet (which, by consisting entirely of consonants, is an abjad rather than a true alphabet). In turn, the origin of aleph may have been a pictogram of an ox head in Egyptian hieroglyphs...... In the earliest Greek inscriptions after the Greek Dark Ages, dating to the 8th century BC, the letter rests upon its side.....In English, the letter A currently represents six different vowel sounds.....

Ah, in traditional explanations, is usually said to be connected with speech (more about that in a moment) but in Sanskrit “ah” is a verb meaning “to express , signify ; to call (by name).” So it suggests evoking, or calling forth, the manifestation of enlightenment.

Ah: The Sanskrit syllable or mantra “Ah” is the essence of all phenomena, known as shunyata or emptiness; the formless ground out of which creation emerges. Ah symbolizes the word or speech of all the Buddhas; the Speech Vajra of the Buddhas. Ah is associated with the Body of Bliss, the color ruby red, and the throat of the tantric practitioner. The syllable Ah helps to dissolve difficulties in speech. It brings awareness of one‟s speech; words are no longer harmful or confused but filled with the compassion and wisdom that benefits others.......http://www.naljorprisondharmaservice.org/pdf/GlossaryofBuddhistTerms.pdf

The Letter of the Black Ashe is a beautiful hardbound edition of a Shambhala root text by Dorje Dradül of Mukpo. It features cloth binding with gold-lettered spine, a gold scorpion seal on the front cover, and blue endpapers. This second edition of the text has been re-edited, using gender-inclusive language wherever possible. In addition, other amendments have been made based on a re-examination of the original Tibetan manuscript and the initial translation by Dorje Dradül of Mukpo. Here the Tibetan appears alongside the English. Translated from the Tibetan by the Vajravairochana Translation Committee under the direction of Dorje Dradül of Mukpo. ...Vajradhatu Publications ...Hardcover, 6" x 9" .....22 pp. ....Available only to those authorized to receive it....http://www.shambhalamedia.org/ProductDetails.asp?ProductCode=BVN176