Stunning Buddhist sculpture was found at the Monastery of Fondukistan, above the Ghorband Valley on one of the roads to Bamiyan. 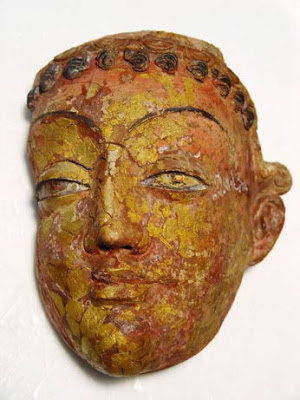 "This painted Bodhisattva "enlightened being" on gilded clay hails from seventh-century Fondukistan, a medieval settlement and Buddhist monastery in Afghanistan." 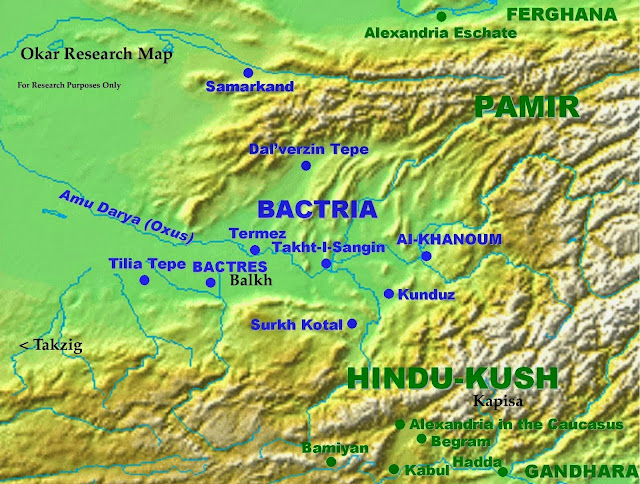 "Surkh Kotal (Persian: سرخ‌کوتل‎), also called Chashma-i Shir or Sar-i Chashma, is an ancient archaeological site located in the southern part of the region of Bactria, about 18 km north of the city of Puli Khumri....Huge temples, statues of Kushan rulers and the Surkh Kotal inscription, which revealed part of the chronology of early Kushan emperors (early 1st century AD) were all found there." 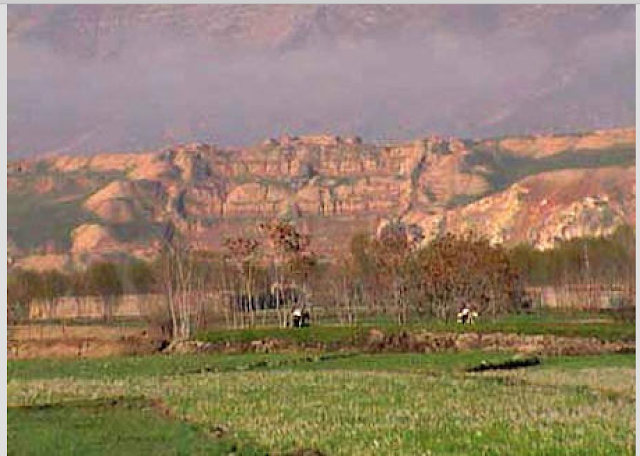 "Ghazni was a thriving Buddhist center before and during the 7th century AD. Excavations have revealed religious artifacts of both Hindu and Buddhist traditions.....The two other great Buddhist centers, Fondukistan and Tepe-e-sardar (Ghazni) in its later phase are a very different matter and display another phase of influences coming from India from the seventh to eighth century. The representations show themes from Mahayana iconography and even in the case of the latter site assume Tantric aspects which had already established themselves in the large Indian monasteries like Nalanda.....Another important site is that of Tepe Sardar (better known as Tepe-yi Nagara, Tepe of the kettledrum) near Ghazni, which was occupied until perhaps the eighth century AD. From this period dates a huge statue of the Parinirvana Buddha (Buddha lying down at the end of his cycle of rebirths) of unbaked clay. A very similar statue has been found just north of Afghanistan, at the site of Adzhina tepe in Tajikistan. Yet what is most interesting was the find at the same site of a statue of the Hindu deity Durga Mahishasura-mardini." 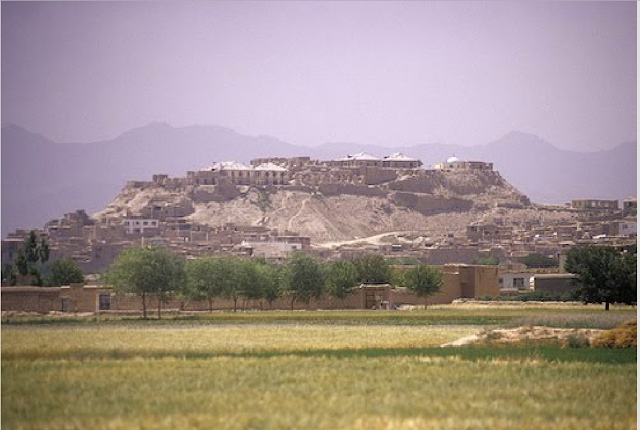 "In 683 AD, Arab armies brought Islam to the area and attempted to conquer the capital of Ghazni but the local tribes fiercely resisted. Its resistance was so famed that Yaqub Saffari (840-879) from Zaranj made an example of Ghazni when he ranged the vast region conquering in the name of Islam. The city was completely destroyed by the Saffarids in 869. A substantial portion of the local population including Hindus and Buddhists were converted to Islam by Mahmud of Ghazni." 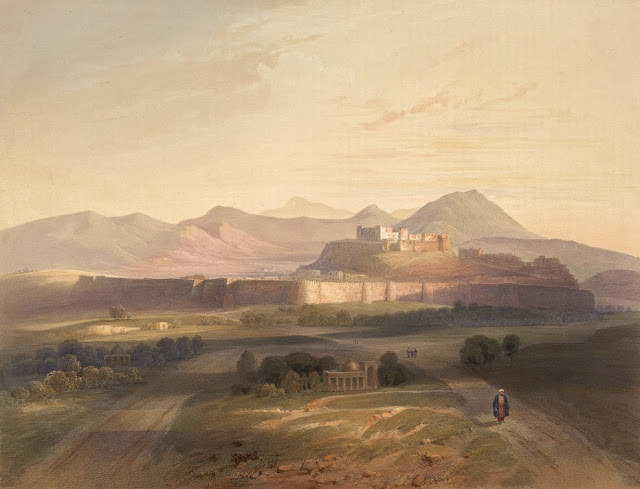 "The Buddhist site at Ghazni is known as Tapar Sardar and consists of a stupa on a hilltop, surrounded by a row of smaller stupas. Nearby, an 18 metre long Parinirvana (reclining) Buddha was excavated in the late 'sixties and early 'seventies. It is believed to have been built in the 8th Century AD as part of a monastery complex. In the 1980s, a mud brick shelter was created to protect the sculpture, but the wood supports were stolen for firewood and the shelter partially collapsed. In 2001, the Taliban blew the Buddha up, believing it to be idolatrous."