"For Buddhists, the Lord Padmasambhava represents a second Buddha. For the Hindus he is the deathless Mahavatar (Great Avatar), the eternal youth, or Kumara. For the Christian he is the Christ-consciousness. The Himalayan yogis know him as the foremost of their great Saints, or Mahasiddhas, while amongst the sages he is known as the supreme Magi (maharani.....Mahamuni Buddha(literal meaning: The Great Sage). For some initiates he is known as Arunagiri babaji, the holy master of the Sacred Red Mountain. In our tradition he is the Paramguru, the supreme Guru of those who follow the way of Tantra.".....http://www.dharmafellowship.org/biographies/historicalsaints/lord-padmasambhava.htm

"There is a legend of Mithra’s magi in the area (Afghanistan, Pakistan, north-west India) where Mahāyāna Buddhism was formed. It is a legend about the Maga-Brahmanas, atarvan Maga, Bhojaka or Sakaldwipiya Brahmins. They identify themselves as having Iranian roots, and assert that they inherit their by-name maga from a group of priests (cf. maga) who established themselves in India as the Maga-Dias or Maga-Brahmanas. Their major centers are in Rajasthan in Western India and near Gaya in Bihar. According to Bhavishya Purana and other texts, they were invited to settle in Punjab to conduct the worship of Lord Sun (Mitra or Surya in Sanskrit). Bhavishya Purana explicitly associates them to the rituals of the Zurvanism. The members of the community still worship in Sun temples in India. They are also hereditary priests in several Jain temples in Gujarat and Rajasthan. Bhojakas are mentioned in the copperplates of the Kadamba dynasty (4-6th cent) as managers of Jain institutions. Images of Lord SunMihir in India are shown wearing a central Asian dress, complete with boots. The term "Mihir" in India is regarded to represent the Maga influence.".....http://www.kavehfarrokh.com/wp-content/uploads/2010/04/zen_buddhism_and_persian_culture_v1.pdf 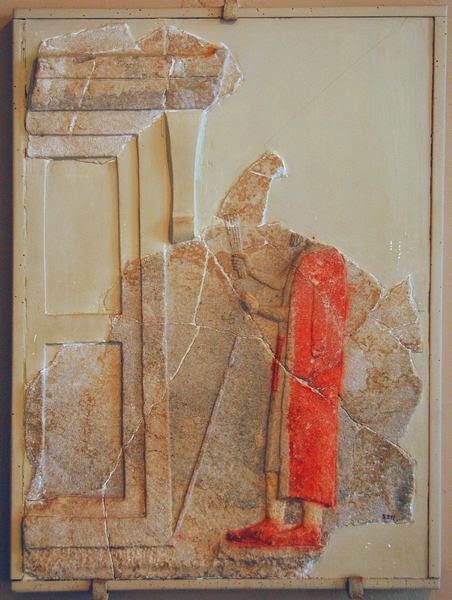 "In Cappadocia -for there the sect of the Magians, who are also called fire kindlers, is large- they have fire temples [pyrethaia], noteworthy enclosures; and in the midst of these is an altar, on which there is a large quantity of ashes and where the Magians keep the fire ever burning. And there, entering daily, they make incantations for about an hour, holding before the fire their bundle of rods and wearing round their heads high turbans of felt, which reach down their cheeks far enough to cover their lips.".....[Strabo, Geography 15.3.15]

"The Higher Tantras were underground in the early days, but translations were made, despite the lack of government sanction and sponsorship. And transmissions were received from Tantric masters who came to Tibet, such as Guru Padmasambhava in the eighth century who taught the Tantric system of the Eight Herukas (bka'-brgyad), as well as Dzogchen. Three of these Herukas were worldly and concerned with magic: the Worldly Gods, the Mamo mother goddesses, and the Fierce Mantras. In their mandalas Padmasambhava even incorporated native Tibetan deities in a subordinate role. But he gave these initiations in a cave at Chimphu and not in the nearby recently erected monastery of Samye. The cult of the Higher Tantras was not practiced publicly. Wall paintings from these early centuries depict the peaceful deities of the Yoga Tantras but not the wrathful blood-drinking and copulating deities of the Anuttara Tantras."......http://www.vajranatha.com/articles/traditions/mahasiddha.html?start=1 The word "magic" derives via Latin magicus from the Greek adjective magikos (μαγικός) used in reference to the "magical" arts of the Persian Magi-cians (Greek: magoi, singular mágos, μάγος), the Zoroastrian astrologer priests of the ancient Persian Empire. Greek mágos is first attested in Heraclitus (6th century BC, apud. Clement Protrepticus 12) who curses the Magians and others for their "impious rites".

MAGIC: "Any perception can connect us to reality properly and fully. What we see doesn't have to be pretty, particularly; we can appreciate anything that exists. There is some principle of magic in everything, some living quality. Something living, something real, is taking place in everything." (pg 99) "When we draw down the power of vastness into a single perception, then we are discovering and invoking magic. By magic, we...mean...the discovery of innate or primordial wisdom in the world as it is." (pg 103) "If we open our eyes, if we open our minds, if we open our hearts, we will find that this world is a magical place. It is not magical because it tricks us or changes unexpectedly into something else, but it is magical because it and be so vividly, so brilliantly. However the discovery of that magic that can happen only when we transcend our embarrassment about being alive, when we have the bravery to proclaim the bravery to proclaim the goodness and dignity of human life, without hesitation of arrogance. Then magic or drala can descend into our lives."(pg 132) .....http://www.glossary.shambhala.org/#FOURDIGNITIES

Mystery.... in a spiritual sense, "religious truth via divine revelation, hidden spiritual significance, mystical truth," from Anglo-Fr. *misterie, O.Fr. mistere "secret, mystery, hidden meaning" (Mod.Fr. mystère), from L. mysterium "secret rite, secret worship; a secret thing," from Gk. mysterion (usually in pl. mysteria) "secret rite or doctrine," from mystes "one who has been initiated," from myein "to close, shut" (see mute (adj.)); perhaps referring to the lips (in secrecy) or to the eyes (only initiates were allowed to see the sacred rites).

"the old pre-Buddhist pagan and shamanic culture of Tibet continued side by side with the growth of this monastic system of Indian origin. Gradually, in all of the schools of Tibetan Buddhism these indigenous magical and ritual practices began integrated with the Buddhist practices of Indian origin, thus giving to Tibetan Buddhism its unique flavor and character which is so different from other forms of Mahayana Buddhism. The Ngakpas like Nubchen Sangye Yeshe, living outside the monasteries and still close to the common people of Tibet, the peasants and the nomads, were especially open to incorporating the native magical tradition into their Buddhism. The same had been done previously in India, incorporating the traditions of popular Indian magic into the Buddhist Tantras, as for example, the Mahakala Tantra. This was done by both Indian and Tibetan Buddhists for the simple reason that, on the practical level, magic works. Magic is a way of evoking and channeling energy in order to realize certain effects. It does not work with the same efficiency as a mechanical device because its efficacy depends on the state of mind of the practitioner and may other secondary factors, but it works enough of the time to inspire the confidence of most of humanity for most of human history. However, in the West, since the eighteenth century with its mechanistic model of reality and the general fruitfulness of the scientific method and explanations, magic has received a bad press from Western scholars. Western scholars of Buddhism tend to underplay the role of magic in Buddhism, including Theravada Buddhism, and they become upset with the idea that Buddhist Tantra represents an incredibly complex and sophisticated system of theurgy and ceremonial magic.".....http://www.vajranatha.com/articles/traditions/mahasiddha.html?start=3

Chogyam Trungpa: "So meditation practice brings out the supernatural, if I may use the word. You do not see ghosts or become telepathic, but your perceptions become super- natural, simply super-natural....Normally we limit the meaning of perceptions. Food reminds us of eating; dirt reminds us to clean the house; snow reminds us that we have to clean off the car to get to work; a face reminds us of our love or hate. In other words we fit what we see into a comfortable or familiar scheme. We shut any vastness or possibilities of deeper perception out of our hearts by fixating on our own interpretation of phenomena. But it is possible to go beyond personal interpretation, to let vastness into our hearts through the medium of perception. We always have a choice: we can use perception to limit or close off vastness, or we can allow vastness to touch us. When we draw down the power and depth of vastness into a single perception, then we are discovering and invoking magic. By magic we do not mean unnatural power over the phenomenal world but rather the discovery of innate or primordial wisdom in the world as it is.Such transformed perception could be called" ordinary magic."

The Magi are popularly referred to as wise men and kings. The word magi is the plural of Latin magus, borrowed from Greek μάγος magos, as used in the original Greek text of the Gospel of Matthew. Greek magos itself is derived from Old Persian maguŝ from the Avestan magâunô, i.e. the religious caste into which Zoroaster was born, (see Yasna 33.7: "ýâ sruyê parê magâunô " = " so I can be heard beyond Magi "). The term refers to the priestly caste of Zoroastrianism. As part of their religion, these priests paid particular attention to the stars, and gained an international reputation for astrology, which was at that time highly regarded as a science. Their religious practices and use of astrology caused derivatives of the term Magi to be applied to the occult in general and led to the English term magic.

"Bhaviṣya Purāṇa 133, which may be summarized as follows: Krishna's son Samba was afflicted with leprosy, which was cured after he worshiped Sūrya, Hinduism's god of the Sun. In response, he built a temple to Sūrya on the banks of the Chandrabhaga river, but no Brahmin could be found willing to take up the role of a temple priest, as they could not accept offerings made to gods. So Samba sought help of Gauramukha("white face"), the adviser of the Yadu chief, Ugrasena.:Gauramukha responded with a suggestion that Samba go to Shakdvipa.... and invite their priests to worship Sūrya. Further, asked Samba, "tell me, oh Brahmin, what are the antecedents of these worshipers of the Sun?" To which Gauramukha replied... "The first of the Brahmins amidst the Śakas was called Sujihva ("good tongue").... He had a daughter of the name Nikshubha, who so enamored Sūrya that she was impregnated by him. Thus she gave birth to Jarashabda who was the founding father of all the Maga-Ācārya. They are distinguished by the sacred girdle called the Avyanga that they wear around their waist." And so Samba called on Krishna to send him Garuda, on whose back he then flew to Shakadwipa. He collected the Maga-Ācārya ("Maga teacher"), brought them back to India and installed them as priests of his Sūrya temple.....Of the pious representatives of 18 families Samba invited to resettle in the city of Sambapura, eight were Mandagas, and their descendants became Shudras. The other 10 were Maga Brahmins, who married Bhoja vamsa women and so their descendants came to be known as Bhojakas."