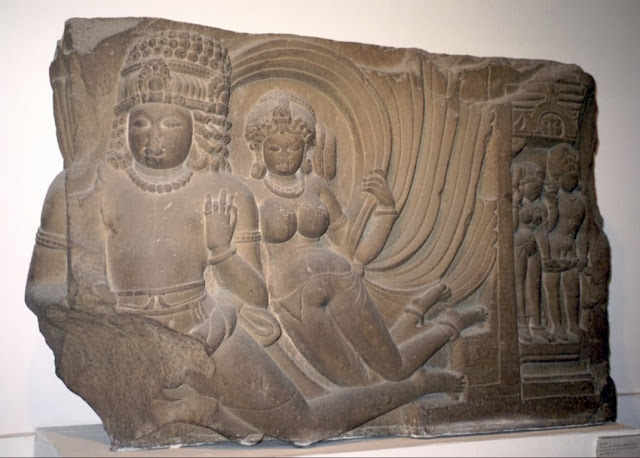 Rigpa…."In a Dzogchen Menngagde context, rigpa (Skt. vidyā; Tibetan: རིག་པ་, Wylie: rig pa) is the knowledge that ensues from recognizing one's nature….. At the trekchö level, one knows that there is a primordial freedom from grasping his or her mind (sems). The opposite of rigpa (vidyā, knowledge) is marigpa (avidyā, ignorance)."

Dharā — earth… dhara—holding….. dharā—the planet earth … In Hinduism, Dharā (Sanskrit: धरा; Support) is one of the Vasus, gods of the physical cosmos. He represents the earth and the element earth, though Earth is usually the goddess Prithvi rather than a god. Dhārā (Sanskrit: धारा) is also a Sanskrit term used to refer to the flow of a stream or waterfall."

Eight Vidyadharas (Tib. རིག་འཛིན་བརྒྱད་, rigdzin gyé; Wyl. rig 'dzin brgyad) — eight Indian masters of awareness (vidyadhara) who were entrusted with the Kagyé teachings:
Vimalamitra, དྲི་མེད་བཤེས་གཉེན་…… aka Mahavajra — one of the most learned Indian Buddhist masters. He went to Tibet in the ninth century, where he taught extensively, and composed and translated numerous Sanskrit texts. The quintessence of his teaching is known as the Vima Nyingtik, one of the Heart-essence teachings of the Great Perfection. Vimalamitra spent thirteen years in Tibet, and then, promising to return to Tibet every hundred years as an emanation to further the Clear Light teaching of Dzogpachenpo, he left for the Wutai Shan mountain in China
Humkara, ཧཱུྃ་ཀ་ར་……received the Vishudda (Tib. Yangdak Heruka) tantra from the Kagyé cycle.
Mañjushrimitra, འཇམ་དཔལ་བཤེས་གཉེན་…… Jampal Shenyen; Wyl. ‘jam dpal bshes gnyen) — one of the early masters of the Dzogchen lineage. He was a disciple of Garab Dorje and the main teacher of Shri Singha. He is famous for arranging the Dzogchen teachings into three classes: the Mind Class (Tib. སེམས་སྡེ་, sem dé), Space Class (Tib. ཀློང་སྡེ་, long dé), and Pith Instruction Class (Tib. མན་ངག་སྡེ་, mengak dé). His last testament, which he conferred upon Shri Singha before passing into the rainbow body, is called the Six Experiences of Meditation.
Nagarjuna, ཀླུ་སྒྲུབ་……one of the six great commentators (the ‘Six Ornaments’) on the Buddha’s teachings, the great scholar Nagarjuna (c.150-250) is revered as an unsurpassed master by all Buddhist schools. His teachings provide the foundation for the Madhyamika School, which propounds the ‘Middle Way’ philosophy, accepted as the highest view within the sutrayana. He was also the revealer of the Prajñaparamita Sutras, the core teaching of the second turning of the wheel of the Dharma. He is also counted among the eighty-four mahasiddhas, and among the eight vidyadharas.
Prabhahasti, འོད་ཀྱི་གླང་པོ་……received and practised the Vajrakilaya tantra from the Kagyé cycle….The Vidyadhara Prabhahasti was born in the royal house of Kashmir. He received ordination from the Master Santiprabha of Citavara and studied the Vinaya Discipline from Punyakirti of Maru. Then he went to Nalanda University. Later he received teachings in Mahayoga tantra from Vidyadhara Humkara. After winning accomplishment he extracted the Vajrakilaya doctrines from the Shankarakuta Stupa located in the Sitavana cremation ground, and practicing the same, eventually acquired Enlightenment. ….
Dhanasamskrita, ནོར་གྱི་ལེགས་སྦྱར་…… he received and practised the Mamo Bötong tantra from the Kagyé cycle….nor gyi legs sbyar - Dhana Sanskrita. One of the Eight Vidyadharas, the receiver of the transmissions of Liberating Sorcery of Mother Deities, Mamo Bötong. Not much is available about his life besides him being born in the Thogar area of Uddiyana [RY]
Rambuguhya-Devachandra, ལྷའི་ཟླ་བ་……he received and practised the Jikten Chötö tantra from the Kagyé cycle.
Shantigarbha, ཞི་བའི་སྙིང་པོ་……he received and practised the Möpa Drakngak tantra from the Kagyé cycle


Vidyadhara(s) (Sanskrit: विद्याधर, Vidyādhara, literally "wisdom-holders") are a group of supernatural beings in Hindu mythology. They possess magical powers and dwell in the Himalayas. They also attend God Shiva, who lives on Mt Kailas…… They are considered as Upa-devas, semi-gods. Vidyadharas also appear in Buddhist sources."

"In the Hindu epics, Vidyadharas are described as essentially spirits of the air. They are described as doing different activities in the epics like gazing at human prowess with astonishment, strewing flowers watching a combat, rejoicing with music and laughter, crowned with wreaths and fleeing with their wives from danger. They possess great magical powers like the ability to diminish their size. They are endowed with epithets describing them as "doers of good and devoted to joy". They also live in Gandhamandhana mountain and other Himalayan mountains with Kinnaras. They are also described residing on Mount Krauncha, on Citrakuta where Rama saw Vidyadhari women playing, in the hills of Malabar and in the Khandava forest. They are also seen in Kubera's court, headed by their leader Chakradharman and in Indra's palace under Vipracitti. Jain legends describe Vidyadharas as evil beings and Vipracitti is described as a demon. A third leader of the Vidyadharas is described to the wise Jambavan.In the epic Mahabharata, Vidyadharas are described as following Indra with other semi-divine beings to the serpent-sacrifice of Janamejaya. In the epics, the women of the Vidyadharas, called Vidyadharis are described to possess great beauty, and were victims of kidnapping by demons like Ravana."….Hopkins, Edward Washburn (1915). Epic mythology.

"In Agni Purana, they are described as wearing garlands in the sky and mentioned with other semi-divine beings like Yakshas and Gandharvas"….Mani, Vettam (1975). Puranic Encyclopaedia 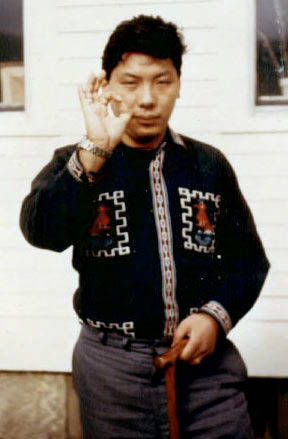 "…. Vidyadharis (the female counterpart of the Vidyadharas)….Matsyendra describes techniques for attracting and sexually exciting Vidyadharis ….There, left in a beautiful garden, he was found by two maidens, attendants of the Vidyadhari queen, Chandraprabha. They at once led him into the city to the …."…The Academy and Literature, Volume 2

"The Vidyadhara Project…. John Myrdhin Reynolds, aka Vajranatha….As his principal focus, he continues his research into the historical origins of Dzogchen in both the Nyingmapa and the Bon traditions, and especially into the connections of Dzogchen and the Bon tradition with the Iranian religious culture of ancient Central Asia and the West, including Iranian Buddhism, Mithraism, and Gnosticism. This research into original texts in Tibetan and Sanskrit, as well as comparative studies in terms of religion, mysticism, and magic, and the producing of monographs thereon, is known as the Vidyadhara Project."….http://vajranatha.com/bio.html

Wellsprings of the Great Perfection: The Lives and Insights of the Early Masters…..edited by Michael Tweed, Marcia Binder Schmidt