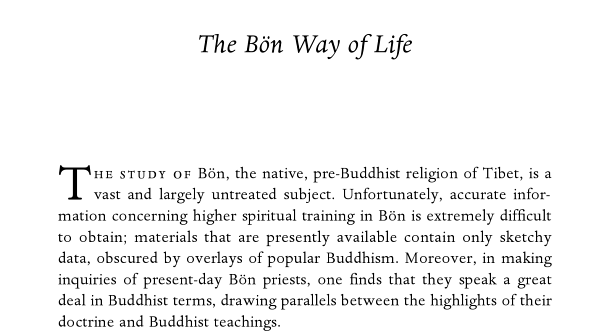 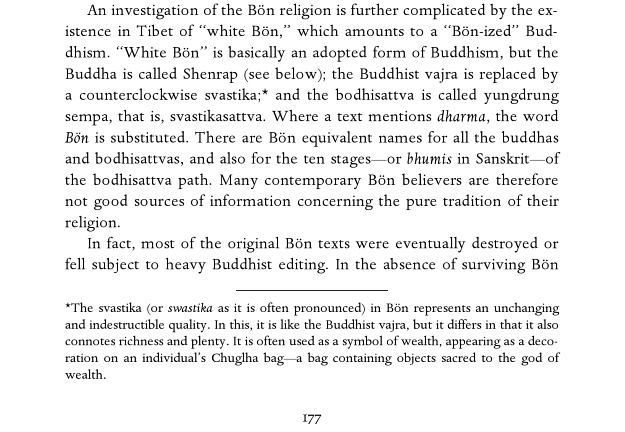 White Bon…."Bonpo believe their culture to have originated in the land of Olmo Lungring (located in a larger country referred to as Tazig)… from Tazik (stag-gzig) or Iranian speaking Central Asia to the northwest. [8] This form of Bon is known also as Yungdrung Bon (g.yung-drung bon), "the Eternal Teaching," a term which could be reconstructed into Sanskrit as "Svastika-dharma," where the swastika or sun-cross is the symbol of the eternal and the indestructable, corresponding in most every respect to the Buddhist term vajra or diamond (rdo-rje)….(http://vajranatha.com/articles/traditions/dzogchen.html)…. 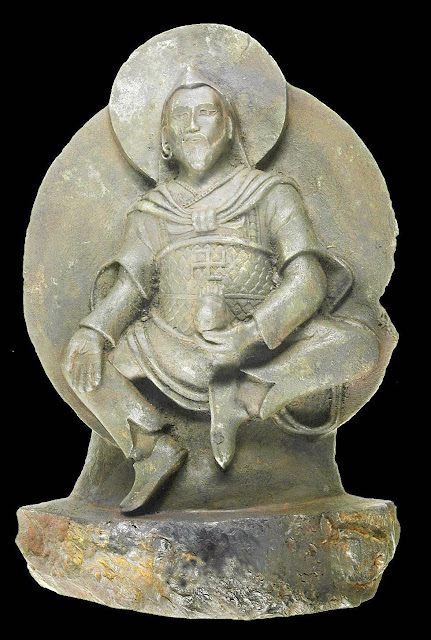 "An ancient statue with a swastika on it they brought back from Tibet was probably carved from a meteorite that crashed on the Siberia-Mongolia border….According to researchers, the 10-kilogram figure of the "Iron Man" which features a large swastika, a good-luck symbol in Buddhism, most likely fell from space some 15,000 years ago…… it was made in the Bon culture in the 11th century, it is absolutely priceless and absolutely unique worldwide," Elmar Buchner of the University of Stuttgart told the online journal Meteoritics and Planetary Science….a chemical analysis revealed that the statue came from the Chinga meteorite, which crashed in the area of what is now the Russian and Mongolian border."

"The work of Shenrap still exists in Tibet in the form of 400 volumes, but it has undergone heavy Buddhist editing."
Shen = divine,heavenly,ally
Rap = Supreme One
Miwo = Great Man
…Chogyam Trungpa: 1978..pg 220


Svastika in Bon represents an unchanging and indestructible quality…also connotes richness and plenty…it is often used as a symbol of wealth, appearing as a decoration on an individuals Chugle bag, a bag containing objects sacred to the God of Wealth

"Chugla is the Bon God of the wealth.It recompenses thriftiness and punishes Verschwendung (wastefulness) with poverty and all diseases, which accompany with swelling, like e.g. Ulcers. It is the protection God of the buyers and the household, its animals is sheep, Yaks and horses. It rides on a yellow horse or a lion and an identical deceives a golden hat in form of a bloom with four sheets by, as well as over its golden armament. In its rights it carries a multicolor victory banner, into its linking a scroll, from its moutha river of jewels pours."….http://wikipedia.qwika.com/de2en/Bön

"Jambhala/Kubera….In his right hand he holds a mongoose that spits out precious gems. Many people question what the association of Jambhala is with the mongoose. Art historians, depending upon folk interpretation, often explain that the mongoose became the main attribute of Jambhala because the serpents are the protectors of subterranean wealth and a mongoose controls them. Buddhist Sanskrit texts, however, refer to a different reason or story for the mongoose's association with wealth. It was said that wealthy people in ancient India carried a purse made of mongoose's hide and that when they gambled they often shook the purse. The mongoose or mongoose's hide then regurgitated gold coins and other precious things from its mouth. This seems to be the reason why in Jambhala's iconography the mongoose is always shown vomiting jewels. The mongoose that Jambhala holds then does not represent the actual creature but acts as a metaphor for his generosity."….http://www.dharmasculpture.com/product/3n48.html "Yungdrung Sempa: Spiritual Heros…..Svastikasattva…..The Yungdrung Sempa is a vey good companion in all the worlds of Samsara…. These heros never lose (their motivation / vow)….the Bodhisattva / Yungdrung Sempa view that Samsara would be never emptied….

byang chub sems dpa' - Bodhisattva…..Those who are in the Mahayana path are called byang chub sems dpa', or bodhisattva in Sanskrit. If there's a word you see over and over again in Tibetan Buddhist literature, this is it. There are other short forms of this, too, such as byang sems dpa'.

"…..byang chub in Sanskrit is bodhi, ……sems dpa' is spiritual warrior, sattva. The interesting part here is that sems is mind, so it's like someone who is doing a battle against one's own mind, and has conquered it, far more difficult than conquering external enemies….To be very technical, only someone who has developed ultimate compassion, or bodhichitta, is considered a byang chub sems dpa', and is on the Mahayana path…..according to the lower Middle way school, those who have developed bodhichitta, and later experience emptiness directly, they will get the seeds to not only having a realization of no self, and no subject-object differentiation, they also get the realizations of all phenomena lacking any self-existence. This is needed, as the goal is to help all sentient beings, and only an omniscient being could properly do that. "…Jigtenmig - Classical Tibetan Language Blog

"The swastika has an extensive history. It was used at least 5,000 years before Adolf Hitler designed the Nazi flag. The word swastika comes from the Sanskrit svastika, which means “good fortune” or “well-being." The motif (a hooked cross) appears to have first been used in Neolithic Eurasia, perhaps representing the movement of the sun through the sky. To this day it is a sacred symbol in Hinduism, Buddhism, Jainism, and Odinism. It is a common sight on temples or houses in India or Indonesia. Swastikas also have an ancient history in Europe, appearing on artifacts from pre-Christian European cultures….archeologist Heinrich Schliemann. Schliemann discovered the hooked cross on the site of ancient Troy……"….UNITED STATES HOLOCAUST MEMORIAL MUSEUM

" Giuseppe Tucci, David Snellgrove, and other scholars have worked to reconstruct the theology and iconography of early Bon, and have researched the question of Bon's origins, its history, and the extent of its relation to Buddhism. Tucci and other scholars believe that Bon preceded the introduction of Buddhism into Tibet. They identify divination and exorcism as central elements of the indigenous folk religion but also of Bon, and believe that both the folk religion and the more structured Bon contributed to the undeniably shamanistic aspect of Tibetan religious practice and customs. In this view, Bon brought a multiplicity of gods, demons, and spirits of nature into the Tibetan Buddhist pantheon, where they joined the gods absorbed from Indian tantrism. Tucci attributed Bon's formal doctrinal structure to a later borrowing from Buddhism. According to the standard history, Bon vied with Buddhism for dominance during the early centuries after the introduction of the new religion, and during the period between the first and second diffusions. In any case, Buddhism prevailed, but Bon, or some form of it, has survived in parts of Tibet as well as in remote Himalayan areas, such as Dolpo in northwestern Nepal, and there has recently been a Bon revival in the West. …..According to this line of thought, the Bon that has survived was so heavily influenced and infused with later adaptations and borrowings from Buddhism that its original form can no longer be definitively distinguished from what is now the majority religion. Yet Buddhism was also heavily influenced by Bon: both shared traditions of magic and exorcism, and both were influenced by the still potent "folk religion." (Tucci considers that Bon was also influenced by Persian Zoroastrianism and by Shaivism, the cult of Shiva, which reached Tibet from the states on the western edge of the Himalayas.) "…..http://library.brown.edu/cds/BuddhistTempleArt/txtfiles/Buddhism.txt

The Heart of the Buddha: Entering the Tibetan Buddhist Path (Shambhala Publications) by Chogyam Trungpa 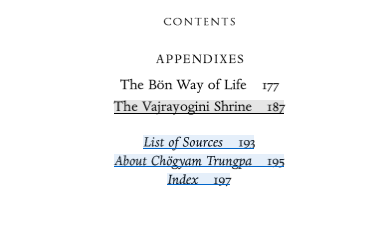