"Elemental Astrology or Jungtsi, is the oldest field of knowledge originating in Tibet. It mainly uses three Astrology kinds of symbols: the 8 parka or trigrams, the Nine mewa or numbers and the twelve animal signs. The various combinations of these three symbols with the five elements of Wood, Fire, Earth, Metal and Water, is the framework for astrological calculations. The parka are the oldest astrological symbols, while the mewa, the numbers and the animal signs are based on the trigrams….The origin of the trigrams or parka is linked to the ancient culture of the Bön, the pre-Buddhist religion of Tibet. Nowadays, astrological calculations based on the parka are common practice in all the new schools of Tibetan Buddhism……Information concerning the mythological origin of the trigrams as well as the mewa or numbers can only be found in the Bön texts; one does not find similar explanation in the astrological treatises of China or other countries. In fact, when Chinese astrological experts are asked about the origin of the parka or trigrams they do not have a very clear explanation and sometimes refer to a particular race of people called Yi who lived on the border between China and who were originally Tibetans with customs and beliefs closely linked to the Bön culture."…. - Translated by Elio Guarisco… an active member of the Dzogchen Community for which he now coordinates the Ka-ter (Kama and Terma) translation program

"Astrology is one of the traditional arts and sciences of Tibet, where it is known as "the science of calculation," used by monks and lamas in the study of the rhythms and cycles of time, for divination, for choosing auspicious times for rituals and life-cycle events such as marriages and funerals, and as an adjunct to the practice of traditional medicine."…Cornu

Tibetan Astrology originated from historical roots and influences from China and India as well as the Buddhist Kalachakra teachings and the ancient Bön religion of Tibet….

"The two main branches of Tibetan astrology: Nagtsi, or "black astrology," based on the Chinese system, and Kartsi, or "white astrology," derived from Indian astrology …Elemental Astrology - Byung rTsis……The oldest type of Tibetan astrology, Byung-rTsis is also called Nagtsi, which means black calculation. Byung-rTsis has its origin in ancient Tibetan Bön culture and has Chinese influence, with its name coming from the black clothes that were common to the ancient Chinese people. Byung-rTsis is pronounced Jung-Tsi, and in some English texts called Jungtsi……From the ancient 'nameless religion' of Tibet, a system is preserved in current Tibetan astrology which relates to Five Individual Forces (La - vitality, Sok - life potential, Lu - bodily health, Wangthang - personal power, and Lungta - wind horse) or energies within a person. These energies relate to the Chinese animals and elements, for example, the La force of the Horse is Wood etc. This system is unique to Tibet and is important to establish yearly horoscopes….

"BON ORIGINS……The Bon religion was well established in Tibet before the introduction of Buddhism. Over the centuries however, it appears that many Buddhist practices have taken root in Bon and reverse. For someone not too familiar with robes, iconography or rituals it may even be hard to spot the difference…….Astrology is important within the Bon system. Methods are given for divination, warding off negative influences, astrological calculations and medical diagnosis…..The four types of astrological calculation systems according to David Snellgrove are:
The mirror of magical horoscopes
The circle of Parkhas (trigrams) and Mewas (magic squares in 9 colours)
The Wheel of Time (Kalachakra) of the Elements
The Jushak method: calculation of interdependence
A very important Bon deity is called Balchen Geko, who is said to govern time and the three world of existence. In this respect the deity is analogous to Kalachakra in Buddhism.

"Wangthang - empowering element…. a person's financial condition depends on the strength of the Wangthang. But primarily Wangthag is personal power, the ability to self-realisation and to achieve goals…..Wangthang is simply the element of the year a person is born in. For instance, if the person is born in a Fire Mouse year, her/his empowering element is Fire….the Wangthang element is the same element that rules the year in Chinese astrology.

"La - essence of life… important for a persons physical wellbeing and vitality. It is closely connected to the life force element, Srog. If La is broken there will be problems in Srog. ….In calculations La is simply the mother of the life force element…..The La moves through the body in a monthly cycle…When the forces become weak, numerous specific practices are prescribed to strengthen the force again, from saving lives of animals to reciting mantras or performing special rituals like exorcism.

"Lus - health element of a body and its strength influences a person's health situation….

"Lungtha - Succes element (Fortune)….Lungtha is the success element and good Lungtha in a yearly horoscope will bring luck. Lungtha is also called a "Wind Horse" and this horse is often pictured in Tibetan prayer flags.

Lo Dak, the Twelve Year Animals, twelve- and sixty-year cycles and the twelve animals and five elements associated with them 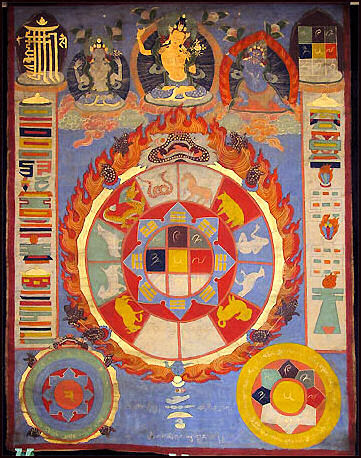 Mewa, the Nine Numbers or magical squares, nine magic Mewa square numbers , which are numerological factors used to calculate the auspiciousness of days or years

Parkha, the eight Directions or eight trigrams of the I Ching, eight Parkha trigrams, representing the elements, directions, seasons, and fundamental universal forces 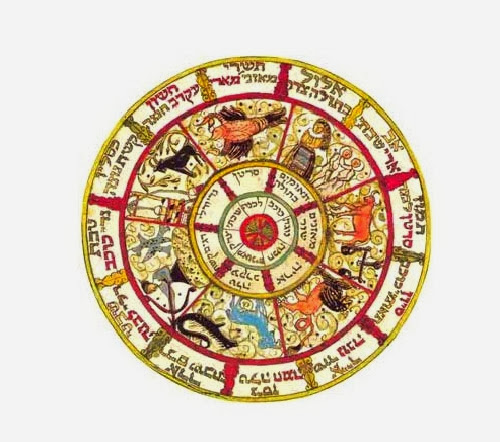 "The references to astrology in Middle Persian Zoroastrian texts are to the horoscope of the world, the zaych-i gehan, cosmology in general and the calendar. The Jamasp Namah also makes references to Jamasp, Zoroaster / Zarathushtra's successor as high priest, being a noted astrologer. The Qissa-e Sanjan, a text that describes the flight of Zoroastrians to India after the Arab invasion of Iran, does make several references to high priests consulting astrological charts to determine the best course of action during the flight of the Zoroastrians - Zoroastrians who came to be known as the Parsees of India…."….http://zoroastrianastrology.blogspot.com

"There is one primary indicator of the Zoroastrian-Iranian (Persian) calendar's role in the early history of the astrological calendars used today in the West: in a region dominated by the use of lunar calendars, the Zoroastrian-Iranian calendar stands apart as a solar calendar that started the year on the vernal equinox, March 21, Nowruz. That tradition is to this day celebrated in all the traditional Iranian-Aryan countries, the Central Asian countries, Iran, Azerbaijan and Kurdistan (parts of Iran, Iraq, Syria and Turkey). The vernal-solar calendar in entrenched in Zoroastrian literature and Zoroaster / Zarathushtra is reputed to have built and observatory based on the concepts on which the calendar was constructed and which determined the vernal equinox. The Zoroastrian Fasli (Seasonal) calendar based on the ancient precepts in the texts, is one of the most precise calendars in the world….one calendar grid can be used perpetually and when the vernal equinox is determined by an observatory, it is self correcting for the solar calendar's factional days. The other link is through Mithraism which was the religion of Rome just prior to the advent of Christianity. One link between Roman Mithraism and old Iranian Mithraism is the solar calendar and its zodiac….Despite the paucity of surviving texts, there are scattered but sufficient indications that Zoroastrian astrology or perhaps even pre-Zoroastrian Aryan astrology, may be an original discipline and one whose concepts survive in Hindu, Chinese and Western astrology.."….http://zoroastrianastrology.blogspot.com

"The concept of four elements: air, water, earth, and fire, thought to have its origin with the Greek philosopher Empedocles about 440 B.C., held sway for many centu- ries. Aristotle (384-322 B.C.) added to this concept that the FIRE properties of substances are the result of the simultaneous presence of certain fundamental properties…..The origin of the Four Element theory, however, seems to be Persian and not Greek. It was the Persian prophet Zarathustra (600-583 B.C.) whose name was corrupted by Greek writers to Zoroaster about two centuries be- fore Aristotle. This Zoroastrian concept of four elements has a different perspective which makes more sense than the Aristotalian. According to this prophet, air, water, earth, and fire are "sacred" elements…..According to Vuibert, Magism was the reli- gion of the various Scythic tribes which inhabited the mountain range of Armenia, Azerbijan, Kurdistan, and Luristan. Its chief objects of worship were air, water, earth, and fire. It was to these elements, to the actual material things themselves, that adoration was paid. Fire, as the most subtle and ethereal principle, was held in the highest reverence….."…ZOROASTER AND THE THEORY OF FOUR ELEMENTS….Fathi Habashi, Lava! University…..http://www.scs.illinois.edu/~mainzv/HIST/bulletin_open_access/v25-2/v25-2%20p109-115.pdf