"The Crystal Mirror of Philosophical Systems is probably the widest-ranging account of religious philosophies ever written in pre-modern Tibet. Thuken was a Buddhist monk from Amdo, Mongol by heritage, Tibetan in education, and equally comfortable in a central Tibetan monastery or at the imperial court in Beijing. Like most texts on philosophical systems, his Crystal Mirror covers the major schools of India, both non-Buddhist and Buddhist, but then goes on to discuss in detail the entire range of Tibetan traditions as well, with separate chapters on the Nyingma, Kadam, Kagyü, Shijé, Sakya, Jonang, Geluk, and Bön. Not resting there, Thuken goes on to describe the major traditions of China: Confucian, Daoist, and Buddhist …. as well as those of Mongolia, Khotan, and Shambhala. The Crystal Mirror is unusual, too, in its concern not just to describe and analyze doctrines, but to trace the historical development of the various traditions. All this makes the Crystal Mirror an eloquent, erudite, and informative textbook on the religious history and philosophical systems of an array of Asian cultures-and provides evidence that serious and sympathetic study of the history of religions has not been a monopoly of Western scholarship."….http://www.wisdompubs.org 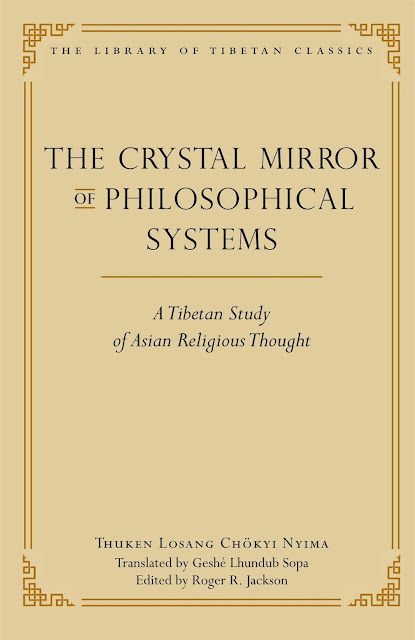 "I will relate how the Muni's teaching, the source of benefit and happiness came to Great Hor, Khotan, and Shambhala…..In many countries great and small such as Kashmir, Nepal, Persia, Canpaka, Kiskindha, Sermik, Rugma, Ramma, Tamradvipa, Singaladvipa, Priyankudvipa,Yamunadvipa,Suvarnadvipa,Candradvipa,Mecca, Kasya,Kyi Jang, Shangshung, Gilgit, Achai, Sumpa, Sahor, Xixia, Jang, Xinjiang, Tukhara, Uddiyana, Dravida, Longpo, Cola, Kalinga, and others, the Dharma spread and declined in various ways …..I will briefly relate how the Dharma spread in Mongolia, Khotan and Shambhala."….. 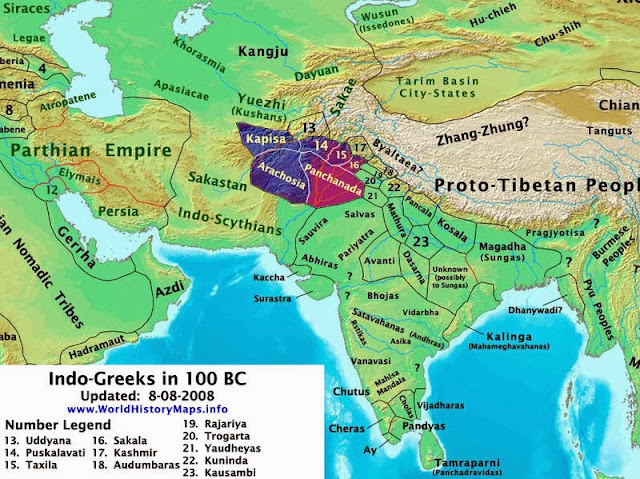 "…in Shambhala, the Kalachakra teaching arose there during the Buddha's lifetime, has existed there until the present day, and will also be widespread there in the future. Shambhala is said to be known thus because it was controlled by the so-called Shambhak clan of the Sakyas. It is also said that Shambhala means: 'Held by Sambhu'….Sambhu is a name for Isvara, and the land he controls is Shambhala."

(Note: Isvara….In the Shvetashvatara Upanishad (c. 300 BCE), considered the first evidence of the development of that deity, the later Shiva, into a supreme, cosmological god….In Saivite traditions of Hinduism, the term is used as part of the compound "Maheshvara" ("great lord") as a name for Shiva. In Mahayana Buddhism it is used as part of the compound "Avalokiteśvara" ("lord who hears the cries of the world"), the name of a bodhisattva revered for her compassion. When referring to divine as female, particularly in Shaktism, the feminine Īśvarī is sometimes used..)

(Note: Shambhu …. (s)ham-(b)hu, sh-am-bhu…. Shambhu is primarily used in the Indian language and its language of origin is Sanskrit. The meaning of the name is benevolent, kind, source of happiness. It is derived from the words 'sham' meaning happiness ; 'bhu' source. This is a name of Shiva in Hindu mythology. The Indian name Sambhav and the Indian name Sambhu are forms of Shambhu……..shaambhavii = related to Shiva who is known as shamble")

"Thuken Losang Chökyi Nyima (1737–1802) was among the most cosmopolitan and prolific Tibetan Buddhist masters of the late eighteenth century. Hailing from the “melting pot” region of Amdo, he was Mongol by heritage, and educated in Gelukpa monasteries. Throughout his life, he traveled widely in east and inner Asia, spending significant time in Central Tibet, Amdo, inner Mongolia, and at the Qing court in Beijing. He served as abbot of several important monasteries, and wrote hundreds of texts on Buddhist thought and practice, the most enduring and influential of which is the Crystal Mirror of Philosophical Systems."….http://www.wisdompubs.org/author/thuken-losang-chokyi-nyima

"First of all, I think there is no reason to think there is, or would be, anything connected to the Ruyi in Tibetan cultural history. I even know of no knowledge of the Ruyi on the part of any Tibetan writer of times past…… I really recommend the chapter on Chinese religions in the newly translated text by Thuken if you want to see how inadequate even the best-informed old Tibetan-language accounts of Chinese culture could be…… The absence of the Ruyi in Tibetan cultural consciousness shouldn't be very surprising."….http://tibeto-logic.blogspot.com/2009_07_01_archive.html

"…a life entrustment ritual for Nechung can be found in the collected works of Thuken Dharmavajra (1737-1802, bka' srung rgyal po sku lnga'i srog gtad bya tshul ches gsal ba)….. Self-generation and life entrustment cannot be assumed to be the same thing, the former term is used to describe this identification with the deity in practice while the latter term is used in the initiation process only…..Von Brück claims that a controversy with the Shugden life entrustment has to do with his ontological status, i.e. whether he is a worldly deity or not. He claims that life entrustment would be appropriate only if Shugden is transworldly and not worldly (CDI, 341). However, such a dispute would have been a long standing issue with the some of the other protectors listed above. In particular, in the conclusion of Thuken Dharmavajra’s life entrustment to the Five Kings we find the statement “Although you are beyond the world you assume a worldly form.” (LCN, vol. 7 page 790)."…..http://www.dorjeshugdenhistory.org


The Crystal Mirror of Philosophical Systems: A Tibetan Study of Asian ...By Blo-bzaṅ-chos-kyi-ñi-ma (Thuʼu-bkwan III)
http://books.google.com/books?id=7qY2rghGsO8C&pg=PR2&lpg=PR2&dq=Nyima+1737-1802&source=bl&ots=xheAWkPiW9&sig=JXvbADLDISCj0yltQzt87g5KekY&hl=en&sa=X&ei=UtUBU-iBL4jMyQGBt4DwCw&ved=0CDwQ6AEwBA#v=onepage&q=Nyima%201737-1802&f=false