"From the eighth until the eleventh century, the Nyingma was the only school of Buddhism in Tibet."

"In general, the Dzogchen teachings are found only in the old unreformed Tibetan schools of the Buddhist Nyingmapas and the non-Buddhist Bonpos. In both cases, these teachings are substantially the same in meaning and terminology, and both traditions claim to have an unbroken lineage coming down to the present time from the eighth century and even before. Both of these schools assert that Dzo gchen did not originate in Tibet itself, but had a Central Asian origin and was subsequently brought to Central Tibet by certain masters known as Mahasiddhas or great adepts."....http://vajranatha.com/articles/traditions/dzogchen.html 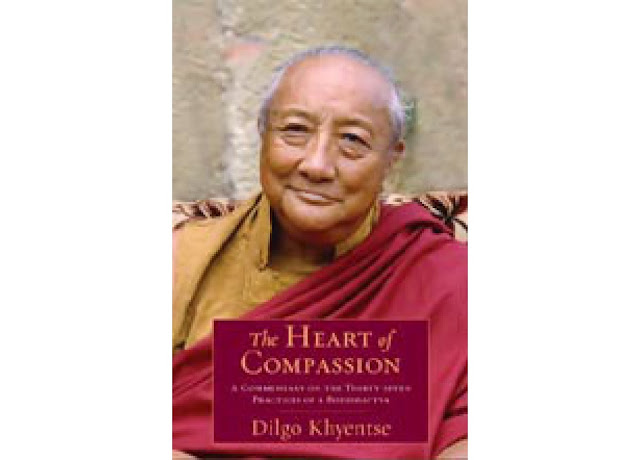 "Dilgo Khyentse Rinpoche (Tibetan: དིལ་མགོ་མཁྱེན་བརྩེ་, Wylie: dil mgo mkhyen brtse) (c. 1910 – 28 September 1991) was a Vajrayana master, scholar, poet, teacher, and head of the Nyingma school of Tibetan Buddhism from 1987 to 1991.....As the primary custodian of the teachings of Jamyang Khyentse Wangpo, Dilgo Khyentse was the de facto custodian of the vast majority of Tibetan Buddhist teachings."

"'Nyingma Gyubum' (Tibetan: རྙིང་མ་རྒྱུད་འབུམ, Wylie: rnying ma rgyud ‘bum) is the 'Collected Tantras of the Ancients', that is the Mahayoga, Anuyoga and Atiyoga Tantras of the Nyingma..... Germano, David

"Garab Dorje was born 166 Years after Buddha’s Parinirvana in Oddiyana, northwest of India. He was an incarnation of Vajrasattva. He was the first human to teach the Atiyoga Tantras. He passed the Atiyoga to Manjushrimitra, an emanation of the Boddhisattva Vajrapani between the first and third Century CE. In turn he transmitted them to Shri Simbha. He realized them and passed them to Jnanasutra, Buddhaguhya, and to the masters who brought them to Tibet: Vimalamitra, Padmasambhava, and Vairotsana.

"During the 7th-8th CE Lilvajra transmitted the Mahayoga Tantras to Buddhaguhya, Padmasambhava, and Vimalamitra who later carried the teachings to Tibet....... it was not until the 8th Century CE that Buddhism began to be established in any systematic and general way. King Trisong Detsen (b.circa 742 AD) invited an Indian abbot, Shantarakshita to Tibet to establish a great monastery and after encountering difficulties on his advice he solicited the help of a tantric practitioner, Padmasambhava."

"The Nyingmapa, a Red Hat sect of Tibetan Buddhism, incorporate mysticism and local deities shared by the pre-Buddhist Bon religion, which has shamanic elements. The group particularly believes in hidden terma treasures. Traditionally, Nyingmapa practice was advanced orally among a loose network of lay practitioners. Monasteries with celibate monks and nuns, along with the practice of reincarnated spiritual leaders are later adaptations.".... Sherpa, Lhakpa Norbu (2008). Through a Sherpa Window: Illustrated Guide to Sherpa Culture. Kathmandu, Nepal: Vajra Publications

"The Dzungars invaded Tibet in 1717 and deposed and killed a pretender to the position of Dalai Lama who had been promoted by Lhabzang, the titular King of Tibet. This met with widespread approval. However, they soon began to loot the holy places of Lhasa which brought a swift response from Emperor Kangxi in 1718, but his military expedition was annihilated by the Dzungars not far from Lhasa...The Fifth Dalai Lama had encouraged Mongolian lamas to prevent any non-dGe-lugs-pa teaching among the Mongols......Many Nyingmapa and Bonpos were executed and Tibetans visiting Dzungar officials were forced to stick their tongues out so the Dzungars could tell if the person recited constant mantras (which was said to make the tongue black or brown). This allowed them to pick the Nyingmapa and Bonpos, who recited many magic-mantras.This habit of sticking one's tongue out as a mark of respect on greeting someone has remained a Tibetan custom until recent times.".....http://en.wikipedia.org/wiki/Zunghar_Khanate

"The Dzungar Khanate was a nomadic power on the Eurasian Steppe. It covered the area called Dzungaria and stretched from the west end of the Great Wall of China to present-day eastern Kazakhstan, and from present-day northern Kyrgyzstan to southern Siberia . Most of this area today is part of Xinjiang province in China.......In 1678, Galdan received from the Dalai Lama the title of Boshogtu Khan, thus confirming the Dzungars as the leading tribe within the Oirats. However, the Dzungar rulers bore the title of Khong Tayiji (deriving from the Chinese phrase Huang Taizi, which translates into English as "crown prince"), while the state itself was still referred to as the Dzungar Khanate. Following the deaths of Galdan Boshogtu Khan in 1697 and his successor Tsewang Arabtan in 1727, the Khanate fell into a steep decline from which it would never recover, ultimately leading to its gradual annexation by the Qing dynasty during the period of 1755-58."

" From the eighth until the eleventh century, the Nyingma was the only school of Buddhism in Tibet. With the reign of King Langdarma (836–842) a time of political instability ensued which continued over the next 300 years, during which time Buddhism was persecuted and largely forced underground. From the eleventh century onwards, the Nyingma tradition flourished along with the newer Sarma schools, and it was at that time that Nyingmapas began to see themselves as a distinct group and the term "Nyingma" came into usage."....

"Since the second propagation on the Buddist doctrine in Tibet, in which teachings of non-Indian origin were dismissed, the ancient Nyingma teachings had been severely suppressed. Therefore the teachings of the Dzogchen system of the Nyingma [and Bonpo] traditions received the greater attention of the three great Rimay masters." (Kongtrul:1995..pg 28)...

"The rimay movement began in Kham and leaned more to the shamanic and popular rather than to the centralized, clerical, heirarchical, and academic of the central Tibetan school. (Samuel: 1993..pg 543)..."

"Historically, the Nyingma tradition is unique amongst the four schools in that its supporters never held political power, and therefore its practitioners were mostly removed from the political machinations of Tibet. Indeed, the Nyingma traditionally had no centralized authority and drew significant power from not having one..... Nyingmapa are also historically characterized and distinguished by decentralization and by their general wider political disinterest, with a lesser emphasis on monasticism relative to the other schools, with a correspondingly greater preponderance of ngakpas, uncelibate householders and yogins......There was never a single "head of the lineage" in the manner of either the Ganden Tripa or Dalai Lama of the Gelugpa, the Karmapa of the Kagyu, or the Sakya Trizin of the Sakya."

"According to A. W. Barber of the University of Calgary, Chan Buddhism was introduced to the Nyingmapa in three principal streams: the teachings of Korean Master Kim, Kim Ho-shang, (Chin ho shang) 金和尚 transmitted by Sang Shi in ca. 750 AD; the lineage of Master Wu Chu (無住禪師) of the Pao T'ang School was transmitted within Tibet by Ye-shes Wangpo; and the teaching from Mo Ho Yen, 和尚摩訶衍 (Tibetan: Hwa shang Mahayana) that were a synthesis of the Northern School of Chan and the Pao T'ang School.......John Myrdhin Reynolds and Sam van Schaik hold a very different point of view. Reynolds states "Except for a brief flirtation with Ch'an in the early days of Buddhism in Tibet in the eighth century, the Tibetans exhibited almost no interest at all in Chinese Buddhism, except for translating a few Sutras from Chinese for which they did not possess Indian originals.".... Schaik emphasises that Chan and Dzogchen are based on two different classes of scripture, Chan being based on sutras, while Dzogchen being based on tantras......Schaik further states "apparent similarities can be misleading."..... Reynolds, John. http://vajranatha.com/teaching/DzogchenChinese.html

"Sarma (Tibetan: གསར་མ, Wylie: gsar ma).....In Tibetan Buddhism, the Sarma (new translation) schools include the three newer of the four main schools, comprising the following traditions and their sub-branches with their roots in the 11th century: Kagyu, Sakya, Kadam/Geluk........The Nyingma school, a name contemporary to the emergence of the above schools in the 11th century, is the sole Ngagyur or "old translation," school and is often equated as originating with the widespread introduction of Buddhism to Tibet around the turn of the 8th century."

"The Nyingma Gyubum of the Nyingma was a dependent arising resulting from the 'normalization' of the Kangyur and Tengyur by the Sarma traditions which for the most part excluded Nyingma literatures. Davidson (2005: p. 225) opines that the first edition of the Nyingma Gyubum began formation by the twelfth century with certain texts drawn from the Terma literature.....According to Thondup & Talbott (1997: p. 48) there are only seven extant texts of the Space Class and they are collected in the Nyingma Gyubum."

"Cantwell and Mayer have since 1996 published four monographs on the rNying ma'i rGyud 'bum, and have critically edited a number of its texts. Their work has established that the nine easily available extant versions fall into three distinct lines of descent. Thus the four Bhutanese versions of Tshamdrag, Gangteng-A, Gangteng-B and Drametse form one line of descent, all from a Lhalung original. The Rigzin, Tingkye, Kathmandu and Nubri versions all hail from a common ancestor in South Central Tibet, but Kathmandu and Nubri are of a slightly different sub-branch to the Tingkye and Rigzin. Dege is unique unto itself."....http://en.wikipedia.org/wiki/Nyingma_Gyubum

Rimé is a Tibetan word which means "no sides", "non-partisan" or "non-sectarian". In a religious context, the word ri-mé is usually used to refer to the "Eclectic Movement" between the Buddhist Nyingma, Sakya, and Kagyu traditions, along with the non-Buddhist Bön religion, wherein practitioners "follow multiple lineages of practice." The movement was founded in Eastern Tibet during the late 19th century largely by Jamyang Khyentse Wangpo and Jamgon Kongtrul Lodro Thaye, the latter of whom is often respected as the founder proper. The Rimé movement is responsible for a large number of scriptural compilations, such as the Rinchen Terdzod and the Sheja Dzö.

Jeffrey Hopkins......"Primordial Enlightenment: The Nying-ma View of Luminosity and Emptiness".....translation of the analysis of the Nying-ma view of basic reality and primordial enlightenment in the second book of Mi-pam-gya-tso’s Trilogy on Fundamental Mind.

Germano, David (2000). 'Canons at the boundaries: the rnying ma tantras and shades of gray between the early and late translations'; in Eimer, Helmut & Germano, David (2002). The many canons of Tibetan Buddhism: PIATS 2000 : Tibetan studies : proceedings of the Ninth Seminar of the International Association for Tibetan Studies. Brill.