"Phrom Gesar...received this laudatory epithet because he was successful at holding back the Muslim conquerors."

"....Tegin Shah, retired for the reason of high age and was suceeded by his son Fulin ]isuo (Gesar).....*P(h)rom Kesaro, based on his interpretation of a Bactrian legend phrom khcopo on the coins....Khorasan Tegin Shah retired a few years before 738/739 AD......in Jibin the king Phrom Gesar was suceeded by his son Bofuzhun (勃旬準 *buar-biuk-tsiuen) in 745 and that in the same year the Tang emperor admited Bofuzhun to be the king ruling over both Jibin and Wuchang. Evidently Wuchang is Uddiiyana.."....KUWAYAMA, Shoshin.....Historical Notes on Kāpisī and Kābul in the Sixth-Eighth Centuries

743 AD...."....the supremacy of the Umayyad caliph al-Mahdi and the true conquest of Kabul did not take place until the end of the ninth century. ......An important recent discovery has provided a surprising insight into the events of this epoch. On the coins of some Arab governors, a Bactrian text overstruck on the rim has been discovered...... The reading of the text is as follows: (ppofio Kijaapo fiayo xoaSr/o klSo /So xaz iicavo /opyo o<5o crao /3o oa/3ayo aro i /xo /Jo yaivSo ( Fromo Kesaro, the Majestic Sovereign [is] who defeated the Arabs and laid a tax [on them]. Thus they sent it.)...... These coins formed part of the tax paid by the Arabs to Fromo Kesaro and were over- struck with a legend telling of his victory over them. Obviously, this event occurred during the reign of Fromo Kesaro (739-746) and may have contributed to his transformation in later historical tradition 44 into the Tibetan national hero Phrom Ge-sar, whose figure still survives today in the folklore of the territory of ancient Gandhara."...... HistoryOfCivilizationsOfCentralAsia

"Zunbil, also written as Zhunbil, was a dynasty south of the Hindu Kush in southern Afghanistan. They ruled from the early 7th century until the Islamic conquest of Afghanistan in 870 AD. The Zunbils are believed to be an offspring of the southern-Hephthalite rulers of Zabulistan and culturally connected to Greater India. The dynasty was related to the Kabul Shahis of the northeast in Kabul. "It follows from Huei-ch'ao's report that Barhatakin had two sons: one who ruled from after him in Kapisa-Gandhara and another who became king of Zabul"....... 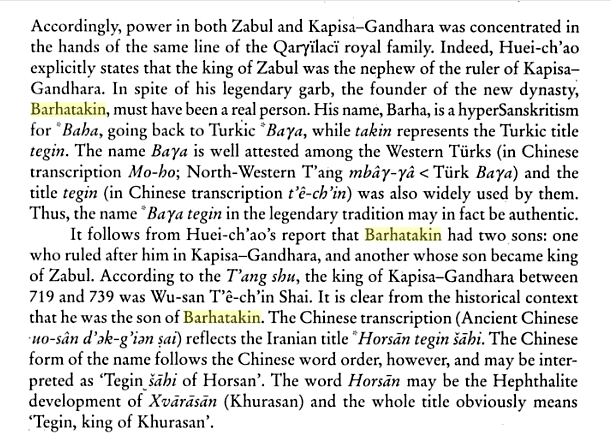 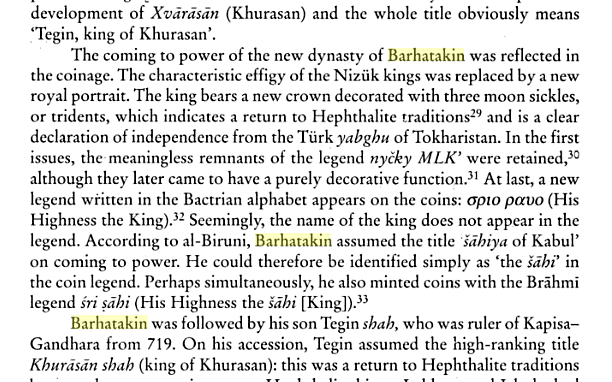 "The Zunbils worshipped a god named Zun (Zoon) from which they derived their name.....Their territory included between what is now the city of Zaranj in southwestern Afghanistan and Kabulistan in the northeast, with Zamindawar and Ghazni serving as their capitals. Although the rulers of the Zunbil dynasty were worshippers of the sun, many inhabitants south of the Hindu Kush practiced Buddhism and other ancient religions before the Islamization of the region. The title Zunbil can be traced back to the Middle-Persian original Zūn-dātbar, 'Zun the Justice-giver'. The geographical name Zamindawar would also reflect this, from Middle Persian 'Zamin-i dātbar' (Land of the Justice-giver)."....."The Temple of Zoor or Zoon in Zamindawar". Abdul Hai Habibi. 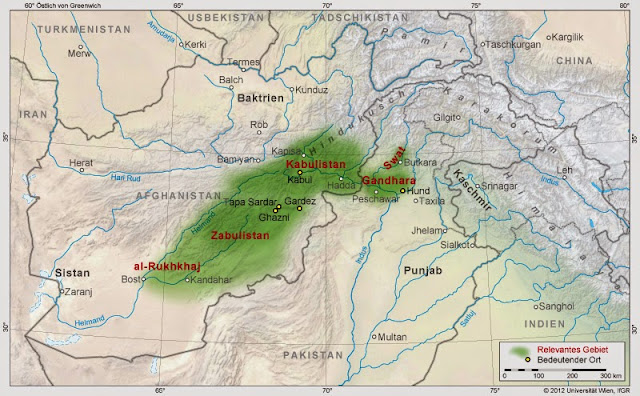 "Numismatic evidence and some accounts speak of a Bactrian ruler Phrom-kesar, specifically in the Turkish dynasty in Gandhāra, which was ruled by a Turkish Phrom-kesar ("Caesar of Rome")...who was father-in-law of the king of Khotan, around the middle of the 8th century CE......In some Tibetan versions of the epic, a king named Phrom Ge-sar or Khrom Ge-sar figures as one of the kings of the four directions – the name is attested in the 10th century and this Phrom/Khrom preserves an Iranian form (*frōm-hrōm) for Rūm/Rome. This eastern Iranian word lies behind the Middle Chinese word for (Eastern) Rome (拂菻:Fúlǐn), namely Byzantium (phrōm-from<*phywət-lyəm>)......A. H. Francke thought the Tibetan name Gesar derived from Sanskrit. S.K. Chatterji, introducing his work, noted that the Ladakh variant of Kesar, Kyesar, in Classical Tibetan Skye-gsar meant 'reborn/newly born', and that Gesar/Kesar in Tibetan, as in Sanskrit signify the 'anther or pistil of a flower', corresponding to Sankrit kēsara, whose root 'kēsa' (hair) is Indo-European."......http://en.wikipedia.org/wiki/Epic_of_King_Gesar

....Martin 2011, p. 127: "He received this laudatory epithet because he, like the Byzantines, was successful at holding back the Muslim conquerors.".............Martin, Dan (2011). "Greek and Islamic Medicines' Historical Contact with Tibet". In Akasoy, Anna; Burnett, Charles; Yoeli-Tlalim, Ronit. Islam and Tibet: Interactions Along the Musk Routes.

" The end of the Zabul kingdom, which together with Kabul stood at the fore of the long resistance against the Muslim conquerors, finally fell in 870 CE when the Arab general Yaqub bin Laith al-Saffar (r. 861–879 CE) conquered the entire Iranian East from Sistan and definitively defeated Zabul.".....Kingdom of Uddiyana; so beautiful a Kingdom, that its very name means "the royal garden" (from the Skt: udyana). ....In the 11th century the Moslem conqueror, Mahmud of Ghazni, raided up the Swat Valley and turned the beautiful garden of Uddiyana into a desolate wasteland. The whole culture of the Kingdom was destroyed for ever.".....http://www.dharmafellowship.org

"Harmatta attributed this transitional issue to Barhatakin who, according to the Arab historian al-Biruni, usurped the throne of the Nezak Malkas at Kapisa circa AD 711, founding a new dynasty known as the Turk Shahis. A few early issues still carry the title "Nezak Malka" but on the majority of the coinage the new ruler is cited as the "Shahi". Harmatta writes: "The characteristic effigy of the Nizak kings was replaced by a new royal portrait. The king bears a new crown decorated with three moon sickles, or tidents, which indicates a return to Hephthalite traditions and is a clear declaration of independence from the Turk yabghu of Tokharistan. In the first issues, the meaningless remnants of the legend nycky MLK' were retained, although they later came to have a purely decorative function" (Litvinsky, ed., History of Civilizations of Central Asia, vol. III, UNESCO, 1996, p. 376). 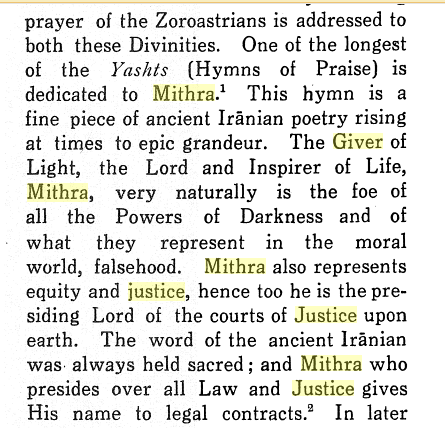 KUWAYAMA, Shoshin.....Historical Notes on Kāpisī and Kābul in the Sixth-Eighth Centuries.....ZINBUN (2000)....Kyoto University......
Zhuna and Surya.....The density of sites of Buddhist sanctuaries in the area around the capital of the kingdom of Kapisa is consistent with the distribution of the sites given by Xuanzang.....On Xuanzang's route from Changan to Nalanda , Kapisa is the last country before entering India ....Zhuna could notstay on the mountain in Kapisa and went to the kingdom of Zabul. This country recorded by Xuanzang is one of the largest countries to the south of Kapisa. According to his account , although the people in this country worshipped various gods , Buddhism is the most honoured. Among the heretics the most powerful are those worshipping Zhuna....In the past this deva came from Mount AruIja of Kapisi to live on Mount Zhuna hira on the southern border of this country....enshrined on Mount Aruna as the image of Surya , a deity having a close conection with Aruna , the personification of dawn in the form of a driver of the chariot of the sun 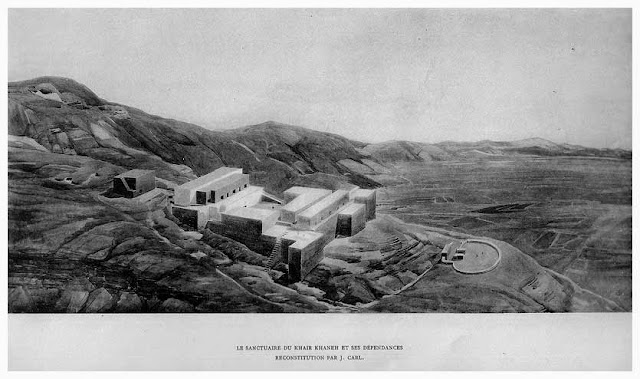 Khair Khana...Khair Kaneh......Kabul Province. 12 kilometers northwest of Kabul, just to the north of the Khair Khana Pass.......A large Hindu temple complex of two distinct periods. The first period consisted of a mud-brick temple with possible human sacrifice remains dedicating it. This was then superseded by three distinct sanctuaries built of schist slabs, surrounded by subsidiary buildings of diaper masonry construction and an open-air altar in a semi-circular enclosure. The most important finds were two marble statues of Surya, the first example found during the original excavations (1934, Delegation Archaeologique Française Afghanistan), the second example found by accident in 1980. ....Source: Warwick Ball, Archaeological Gazetteer of Afghanistan, 1982, n. 546

KUWAYAMA, Shoshin.....Historical Notes on Kāpisī and Kābul in the Sixth-Eighth Centuries.....ZINBUN (2000)....Kyoto University......
The Napki Coins and the Khingal Dynasty in Kapisa....
Kapisa and Kabul: A History of Tang Jibin....]ibin represents Kapisa as akingdom ruling over the Kabul Valley from the Paghman Range in the west to the west bank of the Indus....In Gandhara Hyech'o says as follows: In the past this country (Gandhara) was ruled by a king of ]ibin.....Barha Tegin is the first king of the Kabul Shahis.... Xuanzang records Mount Aruna (or archaeologically , the later sanctuary of Khair Khana) as located in the southern most portion of Kapisi......
Sri Shahi Khimgala Uddyana Shahi...(Page 66).......the name Otyana (Uddiyana), attached to the name of the king Khimgala......this is the first inscribed mention of Uddiyana and also the first mention of a king's name in that country...... the great king, the king of the kings, the sri sahi Khimgala, the king of Odiyana......8th Century......
]ibin in the Sui Time....Kasmira was previously called ]ibin


How 'Gandhara' became 'Kandahar' - By Rajiv Malhotra and The Making of the Indo-Islamic World. Volume I – Early Medieval India and the Expansion of Islam 7th-11th Centuries - By Andre Wink. Oxford University Press, New Delhi 1999. p.112 -193).

"One year later, in 739, Tegin shah [of the Turk Shahi] abdicated the throne of Gandhara in favor of his son, Fu-lin-chi-p’o (also known as Fromo Kesaro, the Bactrian form of his name) ... The name implies an anti-Arab programme and propaganda at the time, which might be explained by Fromo Kesaro's having entered into manhood as an er at (meaning ‘man’s name’ [in Turkic]) in 719, the year in which a Byzantine delegation travelled through Tokharistan on their way to the Chinese emperor and informed the kingdoms of Central Asia of the great victory they had won over the Arabs the previous year.......Fu-lin chi-p'o (Pinyin: Fulin Jipo) is the modern Mandarin pronunciation of Late Middle Chinese 拂菻罽婆 *Fur-lim Kɨej-ba. *Fur-lim (< *Frim 'Rome' in some Iranian language?) corresponds to Bactrian Fromo, but why does *Kɨej-ba have a *-b- absent from Kesaro? I and others regard 婆 *ba 'old woman' as an error for the similar-looking rarer graph 娑 *sa (second half of 婆娑 *basa 'whirling'). 罽娑 *Kɨej-sa is the closest possible LMC approximation of *Kesar."......http://www.amritas.com/index.htm

" Vohra 1996, pp. 216–17 writes that Gesar is mentioned in a Khotan text, the Tibetan Li-yul-lun-bstan-pa, ("Prophecy of the Li Country") of the 9th-10th century, and Phrom long identified with a country northeast of Yarkand. Recent opinion identifies the land either with the Turkish Küūsen or the Kushan territories of Gandhāra and Udayana. Gesar may be either someone of Turkish stock or a non-Tibetan dynastic name. The Khotan king Vijaya Sangrama's consort Hu-rod-ga (Hu-rong-ga) was Phrom Gesar's daughter. The Padma-thang-yig records a Tibetan army subduing Gesar, something also mentioned in the Rygal-po'i-bka'i-than-yig ("Pronouncements concerning Kings")."....Vohra, Rohit (1996). "Early History of Ladakh: Mythic Lore & Fabulation.