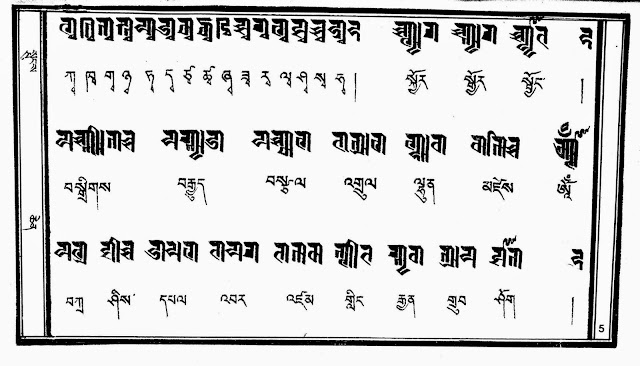 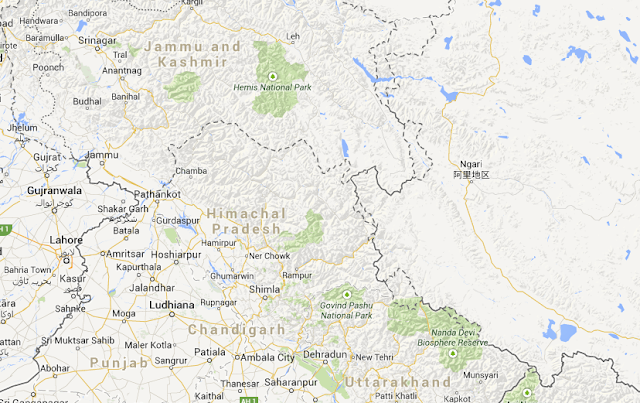 "As Prof. R. A. Stein says, the Western Land of Women was "a mysterious region mentioned by Chinese and Indian authors." Apparently this matriarchy, with its capital at the Silver Castle of Khyunglung (east of present day To-lung) in Western Tibet, was the same as the land of Zang-zung. The latter is the Tibetan name of the land. Zang-zung or Suvarnadwipa was an ancient Indo-European nation, said to have been ruled by a royal lineage of women. This matriarchy or queendom once existed along the valleys of the upper Sutlej and the Indus rivers, from Tirthapuri, west of Mount Kailash, as far as the borders of modern Ladakh. In Ladakh itself, matriarchal lineage has been known during various periods of Ladakhi history. It is likely that Suvarnadwipa once consisted of the whole of Western Tibet and Ladakh, prior to conquest by the Tibetan people invading from the east........Apart from gold and matriarchy, the Golden Land of Suvarnadwipa (or Zangzung) was famous for manufacturing and exporting to India a peculiarly fine wool cloth known as cina-patti, or in other words, "fabric (patti) from Cina." Thus we find in Kautilya, for example, the mention of Cina as a valley within the territory of Suvarnadwipa, from whence cina-patti was brought to India. At present this same extra-fine cloth, no longer manufactured in Suvarnadwipa, but instead in Kashmir, is known as cashmere.......Prof. Stein is vague in delineating the actual borders of the ancient land of Suvarnadwipa: "How far Zang-zung stretched to the north, east and west is a mystery," he says. : "It seems to have dovetailed into two countries mentioned by T'ang historians as Lesser and Greater Yang-t'ung." This only confuses the matter further, since Pelliot and Tucci consider Yang-t'ung to be Zang-zung itself."...Tibetan Civilization......Rolf Alfred Stein.....Stanford University Press, 1972

"Today, the territory in Tibet that once was ancient Suvarnadwipa, is more or less a dry barren wasteland. In Sri Simha's era, however, it was apparently rich, not just in gold, beautiful Amazonian women and fine cloth, but in verdant gardens, herds of sheep and goat, and apple orchards......The researches of Marcelle Lalou have sufficiently shown that the territory of the Indian Kailasa, south of Western Tibet (below Suvarnadwipa), comprising modern Kinnaur, was known in ancient times as the valley of Cina. Ancient Cina (or modern Kinnaur), south of the 15,400 ft Shipki Pass (known to the Tibetans as Sarang-la), was apparently a vassal state of Suvarnadwipa. In present times this extensive but isolated valley, hemmed in by the Himalayas, now belongs to India. It is pierced by a major India-Tibet roadway, originally commissioned by Lord Dalhousie in 1850. The valley is home to both Buddhist and Hindu temples.......Confusion arose when, in the 9th century, Tibetans attempted to translate, from the early historical records of the Dzogchen Tradition, the name "Cina" into their own language. By that time the Indo-European matriarchy of Suvarnadwipa (or Zang-zung) had been overrun by Tibet for more than a century. Every vestige of the land, its people and its language, had long since undergone severe changes. The name ‘Cina,' referring to the southern district of Suvarnadwipa, no longer held any meaning for the Tibetan historians. "Cina" and "Mahacina" were, by the ninth century, almost mythical places. While "Mahacina", which probably originally meant Central Asia, came to mean "China" (rGya-nag, the "vast region where people dress in black" according to the Tibetans), the location of Cina simply got lost. With time, Tibetans came to believe that "Cina" was related in some way with "Greater China" (mahacina), and therefore that Sri Simha was a Chinese sage."....Marcelle Lalou: Les manuscrits tibétains de Touen-houang conservés à la Bibliothèque nationale de Paris, recueil des communications faites au Congrès international des Orientalistes, Bruxelles, 1938, p. 37, et AXXCIO, 1940,

The Zhang-Zhung Language: A Grammar and Dictionary of the Unexplored Language of the Tibetan Bonpos......Author: Haarh, Erik......Jangshung Table of Contents......1968

"Zhang-Zhung (Tibetan: ཞང་ཞུང, Wylie: zhang zhung) is an extinct Tibeto-Burman language that was spoken in what is now western Tibet. The term 'Zhang-zhung language' has been used to refer to two different entities. One of these occurs occasionally in the scriptures of the Bön religion. The other, 'Old Zhang-zhung', appears in a small number of documents preserved in Dunhuang. The language of these texts was identified as 'Zhang-zhung' by F. W. Thomas and this identification has been accepted by Takeuchi Tsuguhito (武内紹人). However, Dan Martin questions the wisdom of identifying these as variants of the same language.".....Dan Martin (2004), "Zhang-zhung Dictionary"

'A Cavern of Treasures' (Tibetan: མཛོད་ཕུག, Wylie: mdzod phug) is a terma uncovered by 'Shenchen Luga' (Tibetan: གཤེན་ཆེན་ཀླུ་དགའ, Wylie: gshen chen klu dga') in the early eleventh century..... Martin (n.d.: p. 21) identifies the importance of this scripture for studies of the Zhang-zhung language: "For students of Tibetan culture in general, the mDzod phug is one of the most intriguing of all Bön scriptures, since it is the only lengthy bilingual work in Zhang-zhung and Tibetan (some of the shorter but still significant sources for Zhang-zhung are signalled in Orofino 1990)."..... Martin, Dan....Comparing Treasuries: Mental states and other mdzod phug lists and passages with parallels in Abhidharma works of Vasubandhu and Asanga, or in Prajnaparamita Sutras.

"Scripts......The Zhang Zhung language is claimed to have multiple different scripts. However, these scripts appear to have little existence outside of calligraphy manuals. One extant document, a seal originally held at Tsurpu monastery, is claimed to be written in such a script. In the words of McKay (2003: p. 447):....."There is also a Zhang-zhung alphabet, but despite its rather unusual appearance to anyone who is unfamiliar with the Indo-Tibetan ornate style of lettering known as lan-tsha, one observes that it is modeled letter by letter upon Thon-mi Sambhota's alphabet of thirty letters.".....McKay, Alex (2003). The history of Tibet, Volume 1.