Ancient Khorasan: Land Where The Sun Rises (2000 BC) 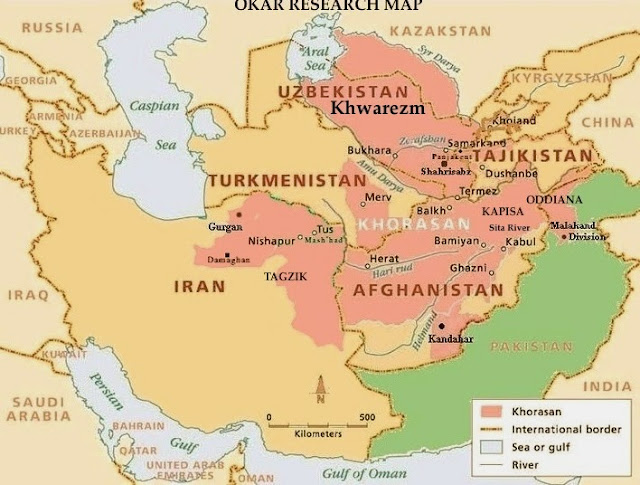 "Khorasan, also written as Khurasan, (Persian: خراسان بزرگ or خراسان کهن‎) is a historical region lying in the northeast of Persia that has been mentioned in various sources in the past. "In pre-Islamic and early Islamic times, the term "Khurassan" frequently had a much wider denotation, covering also parts of Central Asia and Afghanistan; early Islamic usage often regarded everywhere east of western Persia, sc. Djibal or what was subsequently termed 'Irak 'Adjami, as being included in a vast and ill-defined region of Khurasan, which might even extend to the Indus Valley and Sind." Before Islamization of the region, the inhabitants of Khorasan had mostly practiced Zoroastrianism but at different stages there were also various adherents of Manichaeism, Sun worshippers (Mithraism), Nestorianism, Paganism, Shamanism, Buddhism and a small number of Jews too....Khorasan in its proper sense comprised principally the cities of Mashhad, Nishapur, Sabzevar and Kashmar (now in Iran), Balkh and Herat (now in Afghanistan), Merv, Nisa and Abiward (now in Turkmenistan), Samarqand and Bukhara (now in Uzbekistan). "

".........at certain times Khorasan covered a wider area, which included parts of Transoxiana, Soghdiana, Sistan, and extended to the boundaries of the Indian subcontinent. When the Arabs first arrived to the area south of the Hindu Kush to defeat the Zunbils, they recognized it as Hind (Sind) due to its cultural connection with Greater India. Sources from the 14th to the 16th century report that south of the Hindu Kush (Zamindawar, Baluchistan and Kabulistan) formed a frontier between Khorasan and Hindustan."

"Hātefī, a famous poet from Jam (Khorasan), to write a Shahnameh-like epic about his victories and his newly established dynasty."....http://en.wikipedia.org/wiki/Shahnameh

Khorasan was originally inhabited by the ancient Indo-Iranians in the Bactria–Margiana Archaeological Complex in around 2000 BC. The BMAC was a Bronze Age culture situated in the upper Amu Darya region of Khorasan. Airyanem Vaejah (Land of Aryans), which is mentioned in the Zoroastrian Avesta, is also believed by some scholars to be situated in the territories of Khorasan.

Before the Balkh region fell to Alexander the Great in 330 BC, it was part of the Achaemenid Empire and prior to that it was occupied by the Medes. Following Alexander's brief occupation, the successor state of the Seleucid Empire controlled the area until 305 BCE when they gave south of the Hindu Kush to the Indian Maurya Empire as part of an alliance treaty...."Alexander took these away from the Aryans and established settlements of his own, but Seleucus Nicator gave them to Sandrocottus (Chandragupta), upon terms of intermarriage and of receiving in exchange 500 elephants." —Strabo, 64 BC – 24 AD

Traxiane....Modern Damghan. City in the Parthian district of Traxiana, later known as Khorasan. It has been occupied since prehistoric times and was the original capital of the ancient province of Qumis.

Khwarezm has been known also as Chorasmia, Khwarezmia, Khwarizm, Khwarazm, Khorezm, Khoresm, Khorasam, Harezm, Horezm, and Chorezm. C.E. Bosworth however, believes the Persian name to be made up of (خور) meaning "the sun" and (زم) meaning "Earth", designating "the land from which the sun rises".....

Khwarezm and neighboring Bactriana were part of the Sassanid empire

Nasrudin, was born in the city of Khoy in West Azerbaijan Province of Iran, had his education in Khorasan and became the pupil of famous Quran mufassir Fakhr al-Din al-Razi in Herat.

Khwarezm has been known also as Chorasmia, Khwarezmia, Khwarizm, Khwarazm, Khorezm, Khoresm, Khorasam, Harezm, Horezm, and Chorezm......In Avestan the name is Xvairizem, in Old Persian Huwarazmish, in Modern Persian خوارزم (Khwārazm), in Arabic خوارزم Khwārizm, in Old Chinese Hūsìmì (呼似密), modern Chinese Huālázǐmó (花剌子模), in Uzbek Xorazm, in Greek Χορασμία and Χορασίμα, by Herodotus. The Arab geographer Yaqut al-Hamawi in his Muʿǧam al-buldan wrote that the name was a compound (in Persian) of khwar (خوار), and razm (رزم), referring to the abundance of cooked fish as a main diet of the peoples of this area.......C.E. Bosworth however, believes the Persian name to be made up of (خور) meaning "the sun" and (زم) meaning "Earth", designating "the land from which the sun rises". 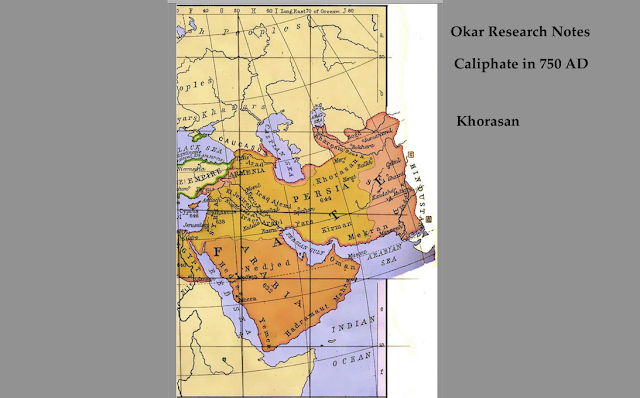