The Parsee of India & Shambhala

"In the 10th Century AD..... a small band of Iranian Zoroastrians decided to leave Iran because they were finding life oppressive. It is said that they took with them an urn containing their sacred fire, the symbol of the religion. It is not clear whether they had a specific destination in mind but after hazarding many dangers by land and sea they finally settled in the Gujerat province of India. Many moved down to Bombay during the time of the British occupation, where a significant proportion of them made their names and fortunes. They became known as the Parsees and clung tenaciously to vestiges of their Iranian culture. Yet they gradually lost the language, the dress and the food of the Iranian Zoroastrians and at one point even a working knowledge of religious rituals.".....http://www.biblicalstudies.org.uk/pdf/rss/22-1_109.pdf 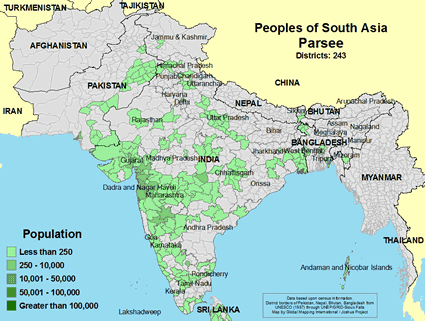 "A Parsi or Parsee is a member of the larger of the two Zoroastrian communities in the Indian Subcontinent, a member of the other being an Irani. According to tradition, the present-day Parsis descend from a group of Zoroastrians of Iran who immigrated to India during the 10th century AD, to avoid persecution by Muslim invaders who were in the process of conquering Persia/Iran. At the time of the Arab invasion of Persia, the dominant religion of the region was Zoroastrianism. The Iranians rebelled against the Arab invaders for almost 200 years; in Iran this period is now known as the "Two Centuries of Silence" or "Period of Silence".After many failed attempts to free the country from Arab domination, the Iranians were forced to either pay heavy taxes (Jizya) or to convert to Islam, the latter being the ultimate goal of the new rulers and thus the easier way.During this time many Iranians who are now called Parsi rejected both options and instead chose to take refuge by fleeing from Iran to India.

"the split occurred when the Aryans were apparently located at around 50 degrees North latitude somewhere in Northern Eurasia. Later, the Iranian-Aryans migrated further Southwards and finally settled in the Iranian Plateau (Persia), while the Indo-Aryans took a different route and finally settled in the Indo-Gangetic Plain of North India. The split was complete, even physically/geographically."
http://tenets.zoroastrianism.com/didnot33.html

In Zoroastrian tradition, life is a temporary state in which a mortal is expected to actively participate in the continuing battle between truth and falsehood. Prior to being born, the urvan (soul) of an individual is still united with its fravashi (guardian spirit), and which have existed since Mazda created the universe. During life, the fravashi acts as a guardian and protector. On the fourth day after death, the soul is reunited with its fravashi, in which the experiences of life in the material world are collected for the continuing battle in the spiritual world. For the most part, Zoroastrianism does not have a notion of reincarnation, at least not until the final renovation of the world. Followers of Ilm-e-Kshnoom in India believe in reincarnation and practice vegetarianism, two principles unknown to Orthodox Zoroastrianism.