ANCIENT KINGDOMS...."the Four Sons of Heaven, the rulers of the four great countries of the Asiatic world: China, India, Iran, Throm (Phrom) in the north with King Gesar." (Stein:1972, pg280)...

Gesar's traditional four enemies were China to the East, India to the South, Tag zig (Persia) to the west, and Hor to the North." (Norbu:1995, pg 225)

"The Four Sons of Heaven, the rulers of the four great countries of the Asiatic world: China, India, sTag-gzig (Iran/Persia), in the north with King Gesar." (Stein:1972, pg280)"

The earliest account of the region brought back to China was the one from Zhang Qian’s visit circa 129 BCE, soon after it was conquered by the Da Yuezhi, and which is recounted in the Shiji: “Ta-hsia is situated over two thousand li southwest of Ta-yüan, south of the Kuei River. Its people cultivate the land and have cities and houses. Their customs are like those of Ta-yüan. It has no great ruler but only a number of petty chiefs ruling the various cities. the people are poor in the use of arms and afraid of battle, but they are clever at commerce. After the Great Yüeh-chih moved west and attacked and conquered Ta-hsia, the entire country came under their sway. The population of the country is large, numbering some million or more persons. The capital is called the city of Lan-shih [Bactra] and has a market where all sorts of goods are bought and sold.” Watson (1961), p. 269.

Traditionally it was believed that the principles of the I Ching originated with the mythical Fu Xi (伏羲 Fú Xī).[7] In this respect he is seen as an early culture hero, one of the earliest legendary rulers of China (traditional dates 2800 BC-2737 BC), reputed to have had the 8 trigrams (八卦 bā guà) revealed to him supernaturally.

THE DRALA of the I ChIng with William Scheffel
http://www.boulder.shambhala.org/program_details.php?id=12830&cid=191

Ancient Wisdom for Modern Leaders: An Introduction to the I Ching as a Guide to Developing Healthy Organizations
Daniel Hessey
http://shambhalamountain.org/program/ancient-wisdom-for-modern-leaders-an-introduction-to-the-i-ching-as-a-guide-to-developing-healthy-organizations/

..."In Jambudvipa there were six great countries where the true doctrine was propagated: India, Tibet, China, Khotan, Shambhala, and Kailash." (H.H. Dudjom Rinpoche (1904-1987): History of the Nyingma Lineage)

Trungpa Rinpoche incorporated elements from numerous traditions into the Shambhala Path that he thought would be beneficial to practitioners. Similar elements in the Bön religion, Shenlha Okar, Nine Brothers Who Created Existence, Werma, Dralha and Lhasang are of interest. From Confucianism comes a framework of heaven, earth, and man for understanding the proper relationship between different elements of compositions of all kinds. From Taoism comes the use of feng shui and other incorporations. From the Shinto tradition comes the Sun Goddess and the Sacred Mirror, the Kami shrine at RMSC. From the Manichaeans, the vegetarian diet is of interest...Trungpa talked about Mithra. Was curious about Native American wisdom. Jack Niland, an early student of Chögyam Trungpa, relates the tale of Chögyam Trungpa and the I Ching - that he “used the I Ching for everything...there are hexagrams everywhere if you can see them.”

"The site for Trungpa Rinpoche’s terma is a mountain called Kyere Shelkar (“White Face”), where Karma Senge Rinpoche lives. According to the address book, Guru Rinpoche visited this sacred place and blessed it; he called it Ösel Namkhe Photrang (“Palace of Luminosity Sky”). Guru Rinpoche declared that it was inseparable from other great holy sites, such as Uddiyana, Shambhala, and Five Peaked Mountain (Wu Tai Shan) in China,. ...http://nalandatranslation.org/projects/articles/trungpa-rinpoches-early-days-as-a-terton/ 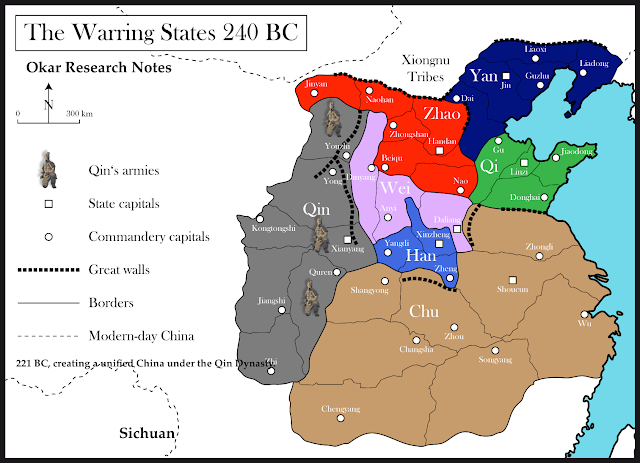 -959 King Mu (Mu Wang),. West Chou king and the earliest reputed Silk Road traveller. His travel account Mu tianzi zhuan, written in the 5th-4th century BC, is the first known travel book on the Silk Road. It tells of his journey to the Tarim basin, the Pamir mountains and further into today's Iran region, where the legendary meeting with Xiwangmu was taken place. Returned via the Southern route. The book no longer exists but is referenced in Shan Hai Zin, Leizi: Mu Wang Zhuan, and Shiji.

-138-116. Zhang Qian (Chang Ch'ien). Chinese general and envoy credited with opening the Silk Road after his mission from the Han Emperor Wudi to recruit the Yueh-chih people to form an alliance against the Xiongnu. First trip (138-125) skirted the Taklamakan desert via the northern route, passed the Pamir, then reached Ferghana. Returned via the southern route. His second trip (119-115), a mission to seek alliance with Wu-sun people, took him to Dunhuang, Loulan, Kucha, then the capital of Wu-sun kingdom in the Ili river. His missions to the west led to the formalization of trade, especially the silk trade, between China and Persia. Read more.... Read the bibliography.

40-70. Anonymous author of the Periplus of the Erythraen (=Red) Sea. A merchant handbook, written apparently by an Egyptian Greek, about trade routes through the Red Sea and involving both East Africa and India. One of the most important sources for Roman Eastern trade, compiled after the discovery of how to use the monsoon winds to make the round trip to India. Includes extensive information on ports and products. Read the bibliography.

73-102. Ban Chao (Pan Ch'ao). Chinese general restoring the Tarim basin under Han's power and maintaining whole control of the area as west as Kashgar during his career there. He sent out emissaries to the area west and beyond the Tarim basin, including the area of modern-day Iran and the Persian Gulf. Read the bibliography.

97 Gan Ying (Kan Ying). First Chinese envoy to Ta-Ts'in (the Roman Orient) sent by general Ban Chao from Kashgaria in 97 AD. Journeyed through the Pamir mountains, Parthia, and reached as far as the the coast of the Persian Gulf. However he was dissuaded from continuing further west. The first known Chinese visited the Middle East as west as T'iao-chih, near the present Nedjef, Iraq. Read the bibliography.

399-413. Faxian (Fa-hsien). First Chinese monk reaching Indian and returning with a knowledge of Buddhism. Traveled the southern route through Shenshen, Dunhuang, Khotan, and then over the Himalayas, to Gandhara, Peshawur then India. He journeyed most of the way on foot and was the first known traveler passing through the Taklamakan desert from Woo-e to Khoten. Returned to China via the sea route. Read more....Read the bibliography.

518-521 Song Yun (Sung Yun)/Huisheng. Sung Yun of Dunhuang went with a monk Huisheng on a mission sent by the Empress Dowager to obtain the Buddhist scriptures in India in 518. Travled through the Taklamakan desert via the southern route passing Shanshan, Charkhlik, Khotan, then further west into the Hindu Kush, Kabul, Peshawar. The most interesting account is their visit to the Ephthalites (the White Hun) kingdom, who centered in eastern Afghanistan and controlled much of the Central Asia during the 5th and 6th centuries. Both wrote a travel account but none remained.

629-645. Xuan Zang (Hsuan-tsang). Chinese Buddhist monk and translator traveling across the Tarim basin via the northern route, Turfan, Kucha, Tashkent, Samarkand, Bactria, then over the Kindu Kush to India. Returned via the southern route. He spent his remaining life translating sutras into Chinese. .His travel and story became fantastic legends which were used in plays and novels, such as Wu Ch'eng-en's famous novel in the 16th century, Journey to the West. Read more.... Read the bibliography