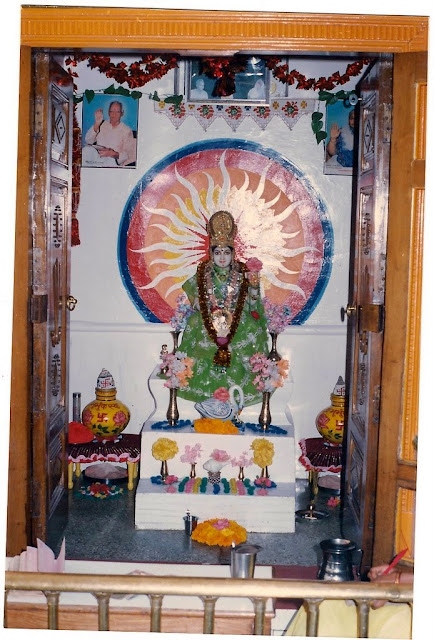 "In the center of the ring of mountains lies the country’s capital, Kalapa by name. By night, the city of light is lit up as bright as day, so that the moon can no longer be seen. There the Shambhala king lives in a palace made from every conceivable gem and diamond. The architecture is based upon the laws of the heavens. There is a sun temple and a moon temple, a replica of the zodiac and the astral orbits. A little to the south of the palace the visitor finds a wonderful park. In it Suchandra ordered the temple of Kalachakra and Vishvamata to be built. It is made from five valuable materials: gold, silver, turquoise, coral, and pearl. Its ground plan corresponds to the Kalachakra sand mandala.".....http://www.trimondi.de/SDLE/Part-1-10.htm

"Kalachakra has four heads, twelve eyes, six shoulders and twenty-four arms. His heads and sets of arms are blue, red, white and gold. He is standing in yabyum with his consort Vishvamata, the Universal Mother....Each of Kalachakra's twenty-four hands and Vishavamata's eight hands hold tantric implements or tantric weapons. Kalachakra's front arms embrace Vishvamata and are crossed holding vajras..........http://www.thangkapaintings.com/kalchakra_dukyi_khorlo.php

"Kalachakra is time and everything is under the influence of time, Kalachakra knows all. Whereas Kalachakri or Kalichakra, his spiritual consort and complement, is aware of everything that is timeless, untimebound or out of the realm of time. In Yab-yum, they are temporality and atemporality conjoined. Similarly, the wheel is without beginning or end. The Kalachakra refers to many different traditions, for example the Hindu; Saivite, Samkya, Vaishnava, the Vedas, Upanisads and Puranas traditions, but also Jainism. For example, the Kalachakra mandala includes deities which are equally accepted by Hindus, Jainas and Buddhists.".....http://en.wikipedia.org/wiki/Kalachakra

"Kalachakra (Wheel of Time) and Vishvamata (World Mother).....Kalachakra’s partner (his Wisdom) is Vishvamata. The “time” part of the deity’s name, regarded as relative, refers to compassion; the “wheel” part, regarded as absolute, refers to wisdom (the realization of the emptiness of all phenomena). Kalachakra and Vishvamata fused together symbolize Buddhist enlightenment...Kalachakra’s twenty-four hands and Vishvamata’s eight, surrounding the couple like a golden aura, each originally held an attribute."...http://chulie.wordpress.com/2012/10/31/kalachakra-and-vishvamata/ 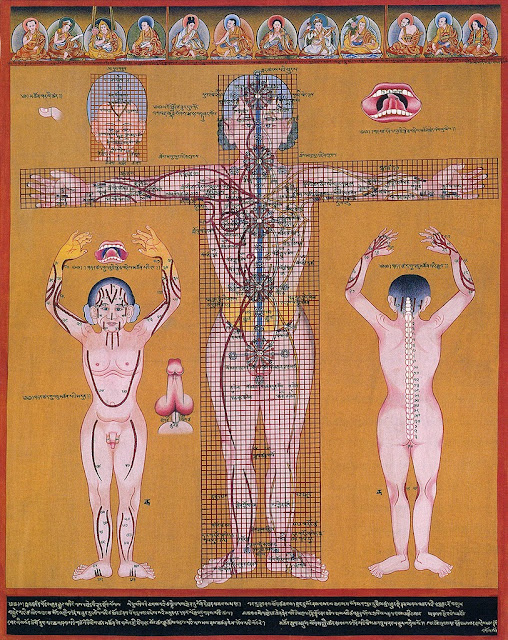 "Here, the main mother is yellow, and she is called Vishvamata, which means "Mother of Diversity....Our right and left energy-channels are now fully empowered as Kalachakra and Vishvamata....Melting into a drop of bodhichitta and passing through his vajra-organ, we enter the lotus-womb of Vishvamata....We transform into a simple Kalachakra, with one face and two arms, holding vajra and bell, with a blue body, right leg red and outstretched, left leg white and bent, and embracing a blue Vishvamata, with one face and two arms, holding a cleaver and skullcup.” .....Kalachakra....Rikon, Switzerland, July 29-31, 1985