The Kingdom of Balhara & Mount Imeon

"Kingdom of Balhara is a 'fringe theory' of some Bulgarian scientists (for example: Georgi Bakalov, Petar Dobrev, Ian Mladjov) to have been the earliest known state of the ancient Bulgars, situated in the upper course of Oxus River (present Amu Darya), and the foothills and valleys of Hindu Kush and Pamir Mountains (ancient Mount Imeon). Historian Peter Dobrev, places the date of the kingdom around the 12th century BC, while others (from Ashharatsuyts) place the date 7/6th century BC."…..http://en.wikipedia.org/wiki/Kingdom_of_Balhara

"In Sanskrit, "Bal" means "strength" and "hara" means "the possessor", thus, "Balhara" means "the possessor of strength" ….. another theory is that "Balh" refers to the city of Balkh (Balhara's capital) and that "ar" means "man of", so Bal-hara could mean "man of Balh/Balkh"; consequently "Bulg-ar" could then mean "man of Balkh". The name "Balkan" (mountains) could also come from this connection, instead of the Turkish word for mountain (this is an alternative theory)."….http://en.wikipedia.org/wiki/Kingdom_of_Balhara 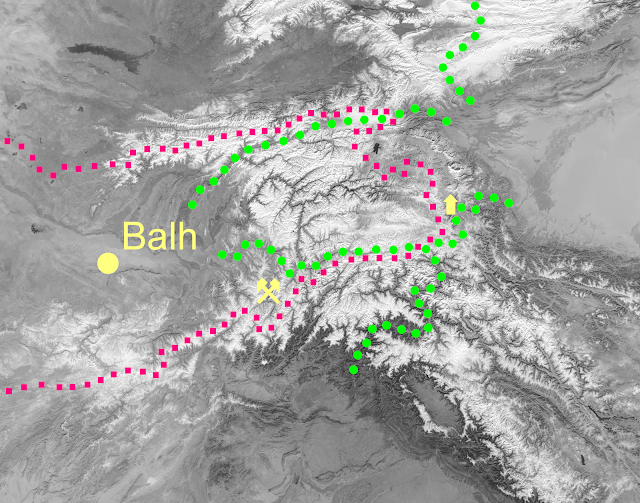 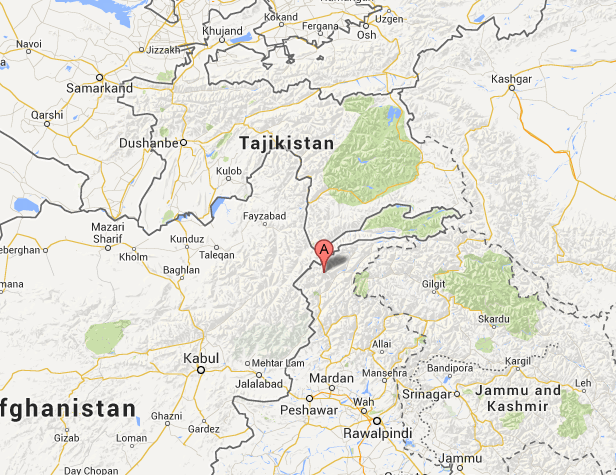 Tirich Mer (7,708 m or 25,289 ft) in Chitral District of Khyber Pakhtunkhwa, Pakistan…..A source of the Oxus River and an important sacred mountain (mer.u) to the Oxus River Civilization.

"According to the Brockhaus Bilder-Conversations-Lexikon….The Bulhi contributed to the ethnogenesis of the present Tajiks in both Afghanistan, Pakistan and Tajikistan, and possibly the homonymous ethnic group of Balhara in India. According to some people, the Armenian geographical atlas ‘Ashharatsuyts’ described the Bulgars as such: The inhabitants of Balhara were called Bulh in the 5th-7th century Armenian geographical atlas ‘Ashharatsuyts’. The atlas describes them as an old settled, artisan and trading nation rather than nomadic tribe, inhabiting the area centered around the ancient major city of Balh (Balkh)(which was the capital of Balhara - it was very old - the Arabs called it the "mother of all cities") that comprised roughly present northern Afghanistan and most of Tajikistan."…..http://en.wikipedia.org/wiki/Kingdom_of_Balhara

"Another possible connection between Balhara and the Bulgars is the words by Nasir Khosrow Qubadyani, the famous Persian poet of 11th century, who was born in Qubadyan, a village near Balkh in Afghanistan, says:
"Doshvar shavad bange to az khaneh be dehliz Va asan shavad avaze vey az Balkh be Bulgar
Your voice hardly reaches the corridor from the room But his song (poem) easily reaches from Balkh to Bulgar"…..http://en.wikipedia.org/wiki/Kingdom_of_Balhara

Balkh (Balhara's capital)…."According to mythology, these people descended from Sardar Ranjit Singh of Punjab, who possessed a lot of strength….Balhara Jats were the rulers in Sindh from 8th to 10th century. This was the early period of Balhara Jat rulers in Sindh. Balharas ruled the area, which can be remembered as Bal Division. The area from Khambhat to Simari was under their rule and Manafir was their capital. Manafir was probably Mandore or Mandwagarh. It is likely that after Nagas it was ruled by Balharas. The rule transferred from Balharas to Mauryas to Pawars to Chauhans to Parihars to Rathores."…. 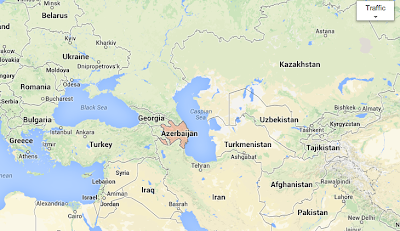 "Mount Imeon is an ancient name for the Central Asian complex of mountain ranges comprising the present Hindu Kush, Pamir and Tian Shan, extending from the Zagros Mountains in the southwest to the Altay Mountains in the northeast, and linked to the Kunlun, Karakoram and Himalayas to the southeast….The mountain system was crossed by a segment of the Silk Road leading westwards from Yarkand to the Stone Tower in eastern Pamir (mentioned by Ptolemy, and shown on the Ashharatsuyts map too), then through the Wakhan Corridor and Badakhshan to reach the ancient major city of Balh (Balkh)….Mount Imeon was famous for its lapis lazuli deposits in western Badakhshan, indicated on Shirakatsi’s map. The mines at Sar-e-Sang have been producing lapis lazuli for millennia now, supplying the ancient civilizations of Egypt, Mesopotamia, India, and Rome, and still yielding the world’s finest lapis…. The Venetian adventurer Marco Polo visited the mines in 1271 during his famous journey to China, following the Silk Road to cross the mountains by way of Wakhan…."

"The Bulgar calendar was a calendar system used by the Bulgars, a seminomadic people, originally from Central Asia, who from the 2nd century onwards dwelled in the Eurasian steppes north of the Caucasus and around the banks of river Volga. The main source of information used for its reconstruction is a short 15th century transcript in Russian language called Nominalia of the Bulgarian Khans, which contains 10 pairs of calendar terms. …According to the reconstructed calendar, the Bulgars used a 12-year cyclic calendar similar to the one adopted by Turkic peoples from the Chinese calendar, with names and numbers that are deciphered as in Bulgar language….Peter Dobrev, who supports a "Iranian" fringe theory about the origin of the Bulgars, argues the Turkic names of the animals show that the Turkic peoples had borrowed these words from the Iranian Bulgars…..The 12 Animals are…Mouse , Ox, Tiger / Wolf , Rabbit, Dragon, Snake, Horse, Ram, Monkey, Rooster, Dog, Boar ."…. Inscriptions and Alphabet of the Proto-Bulgarians, by Peter Dobrev

"… the linguistic impact of the Iranian world on the Turkic Bulgars is undisputable. For instance the name of the founder of Danubian Bulgaria was Asparukh, which is old Iranian in origin: "The Huns, Rome and the Birth of Europe", Hyun Jin Kim, Cambridge University Press, 2013, 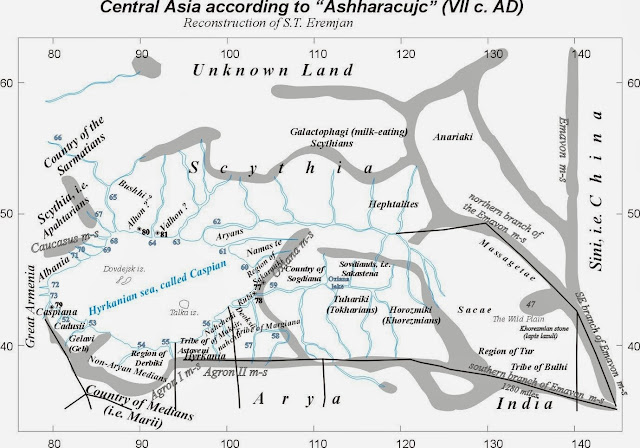 "Bakalov cites Byzantine historian Zacharias Rhetor as saying that the Burgars (presumably also identical to the Bulgars), had towns in the valleys of Northern Caucasus. They had also the territory along the north coast of Black Sea east of Axiacus River (Southern Bug) (Latin: Bulensii)[citation needed]. He concludes that they had migrated to that region from Balhara. In Bakalov's view, the Bulgars established their first state there in 165 AD, a date he arrives at by summing the years of life or reign of all rulers listed in the Nominalia of the Bulgarian khans."….

"Balkh (Persian: Ø¨Ù„Ø® - Balá¸«), also known as Bactra, was once a major world city but was destroyed entirely by the Mongols. Today it is a small town in the province of Balkh, northern Afghanistan, about 20 kilometers northwest of the provincial capital, Mazar-e Sharif, and some 74 km (46 miles) sou…..The ancient city of Balkh, in today's Afghanistan, is associated with the Vedic name Bhakri, which the Greeks later named Bactra, giving its name to Bactria. It was mostly known as the centre and capital of Bactria or Takharistan. Balkh is now for the most part a mass of ruins, situated some 12 km from the right bank of the seasonally-flowing Balkh River, at an elevation of about 365 m (1,200 ft)….Balkh is one of the oldest cities of the region and is considered to be the first city to which the Indo-Iranian tribes moved from the North of Amu Darya, approximately between 2000 - 1500 BCE. The Arabs called it Umm Al-Belaad or Mother of Cities due to its antiquity……The changing climate has led to desertification since antiquity, when the region was very fertile. The city's long history and former importance are recognized by the native population, who speak of it as the Mother of Cities and the birth place of Zoroaster at Balkh and also believed by Zoroastrians that he is buried there. Its foundation is mythically ascribed to Keyumars, the first king of the world in Persian legend; and it is at least certain that, at a very early date, it was the rival of Ecbatana, Nineve….No professional archaeologist had ever been able to work at Balkh until 2003…. Kingdom of Balhara comprised territories in the west foothills of Mount Imeon centered around the city of Balkh."...……http://www.flixya.com/blog/2054073/What-you-know-about-ancient-Bulgaria 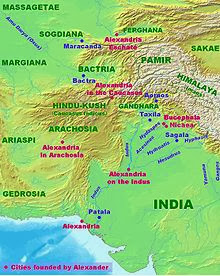 Shirakatsi, Anania, The Geography of Ananias of Sirak (Asxarhacoyc): The Long and the Short Recensions. Introduction, Translation and Commentary by Robert H. Hewsen. Wiesbaden: Reichert Verlag, 1992.