The Mes…Ancient Sumerian Blueprints to Civilization (3,000 BC)

"The Mes were documents or tablets which were blueprints to civilization…..In Sumerian mythology, a me (Sumerian, conventionally pronounced [mɛ]) or ñe [ŋɛ] or parşu (Akkadian, [parsˤu]) is one of the decrees of the gods foundational to those social institutions, religious practices, technologies, behaviors, mores, and human conditions that make civilization, as the Sumerians understood it, possible. They are fundamental to the Sumerian understanding of the relationship between humanity and the gods. 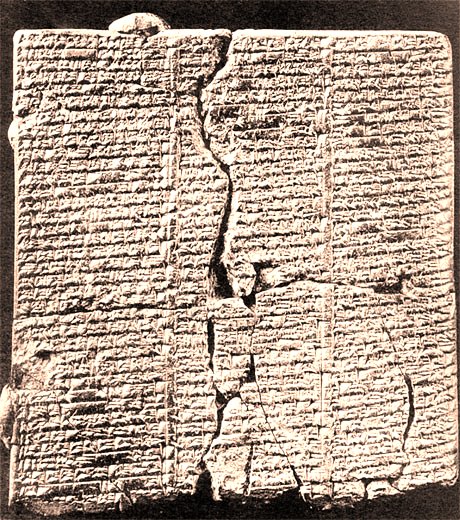 The legendary, mythical 7-gated Sumerian city of Aratta, the original homeland of the Sumerians .... appears to refer to Bactria at the eastern end of the "Great Khorasan Road".... the source of valuable gems and minerals, in particular lapis lazuli.....'Civilization' may have traveled from East to West along the Sun’s path rather than blossoming first in the land of the Two Rivers of Genesis.... 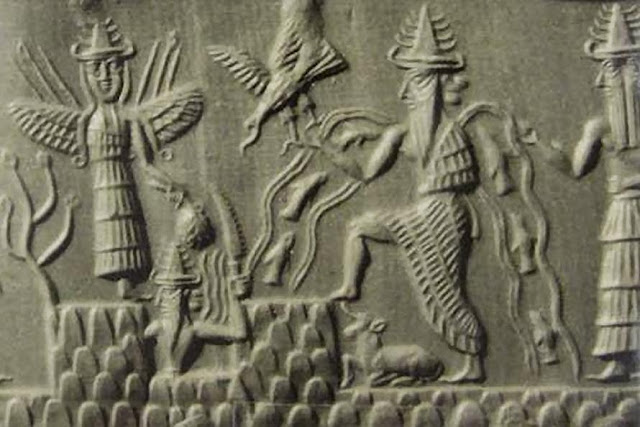 "Ninmah (Ninhursag, Enki‘s wife), devastated with grief, was crying like a woman in childbirth: “tidal waves washed away all lives,” she lamented, mourning and groaning. Inanna, who stood beside her, wept and wailed too: “everything is buried, all living things, everything has returned to clay.”....http://de.wikipedia.org/wiki/Enki

"The mes were originally collected by Enlil and then handed over to the guardianship of Enki who was to broker them out to the various Sumerian centers beginning with his own city of Eridu and continuing with Ur, Meluhha, and Dilmun. This is described in the poem, "Enki and the World Order" which also details how he parcels out responsibility for various crafts and natural phenomena to the lesser gods. Here the mes of various places are extolled but are not themselves clearly specified, and they seem to be distinct from the individual responsibilities of each divinity as they are mentioned in conjunction with specific places rather than gods. After a considerable amount of self-glorification on the part of Enki, his daughter Inanna comes before him with a complaint that she has been given short shrift on her divine spheres of influence. Enki does his best to placate her by pointing out those she does in fact possess…..'….http://en.wikipedia.org/wiki/Me_(mythology)

"We never learn what any of the mes look like, yet they are represented as physical objects of some sort. Not only are they stored in a prominent location in the E-abzu, but Inanna is able to display them to the people of Uruk after she arrives with them in her boat. Some of them are indeed physical objects such as musical instruments, but many are technologies like "basket weaving" or abstractions like "victory". It is not made clear in the poem how such things can be stored, handled, or displayed…."….http://en.wikipedia.org/wiki/Me_(mythology) 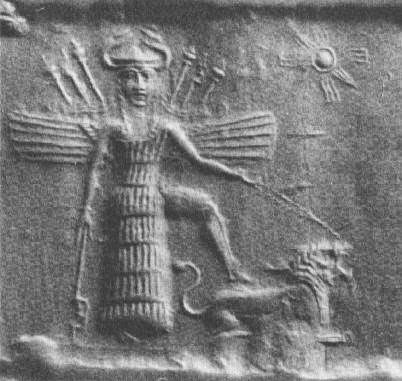 "Early in Mesopotamia's history (around the mid-4th millennium BC...4,000-3,000 BC) cuneiform script was invented for the Sumerian language. Cuneiform literally means "wedge-shaped", due to the triangular tip of the stylus used for impressing signs on wet clay. The standardized form of each cuneiform sign appears to have been developed from pictograms. The earliest texts (7 archaic tablets) come from the E Temple dedicated to the goddess Inanna at Uruk, from a building labeled as Temple C by its excavators….."….http://en.wikipedia.org/wiki/Ancient_Mesopotamia

"According to the Sumerian myth, once Inanna made her throne out of the Huluppu Tree she decided she would need more power than what Enki{the god of wisdom} had given her. Enki was the keeper of the Mes or Me. The Me was the wisdom of civilization. It was the code of how the spirit world and the physical world interacted. So one day Inanna goes to Enki and asks for a larger allocation of the Me; since it was handed out among all the other gods each with their own sphere of influence. Enki denies his daughter Inanna her request and Inanna is not happy. So she gets him drunk. Then in his drunkenness he hands over ALL the Me to Inanna. Inanna flees quickly in her boat up the Euphrates."….http://onlyadmitone.blogspot.com/2010/03/blueprint-of-goddessinanna.html