"The legendary, mythical 7-gated Sumerian city of Aratta, the original homeland of the Sumerians .... appears to refer to Bactria at the eastern end of the "Great Khorasan Road".... the source of valuable gems and minerals, in particular lapis lazuli.....'Civilization' may have traveled from East to West along the Sun’s path rather than blossoming first in the land of the Two Rivers of Genesis.... 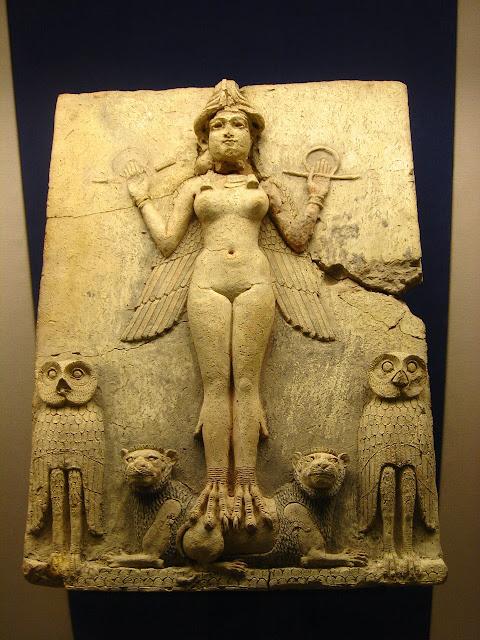 "Inanna can be considered the most prominent female deity in ancient Mesopotamia. As early as the Uruk period (ca. 4000–3100 BC), Inanna was associated with the city of Uruk. …. A Sacred Marriage to Inanna may have conferred legitimacy on a number of rulers of Uruk. Gilgamesh is reputed to have refused marriage to Inanna, on the grounds of her misalliance with such kings as Lugalbanda and Damuzi…..Inanna was associated with the celestial planet Venus. There are hymns to Inanna as her astral manifestation. It also is believed that in many myths about Inanna, including Inanna's Descent to the Underworld and Inanna and Shukaletuda, her movements correspond with the movements of Venus in the sky……Inanna also was associated with rain and storms and with the planet Venus, the morning and evening star….as was the Greco-Roman goddess Aphrodite or Venus….."….http://en.wikipedia.org/wiki/Inanna 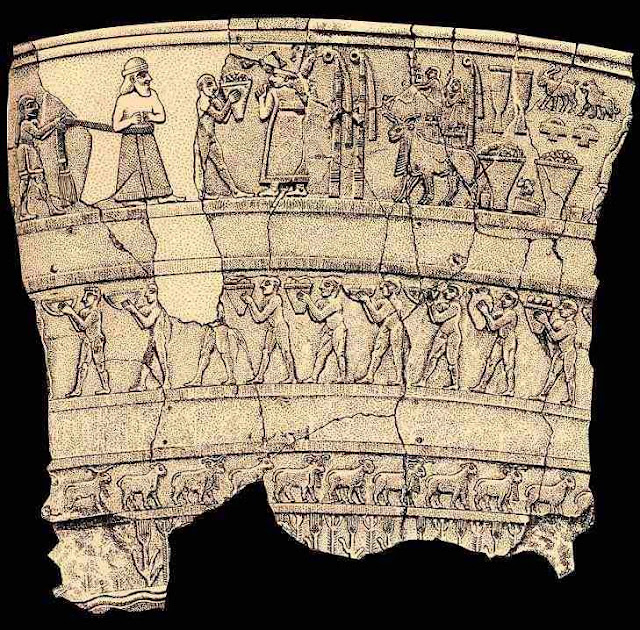 "Uruk's fertility goddess, Inanna, "Queen of Heaven," the vase shows a procession in her honor. A long parade of naked priests winds their way up three tiers of friezes, returning first fruits to their source: animals and other good things to eat to sacrifice to the goddess.....The goddess herself stands at the top: robed, long-haired, and crowned with what appears to be the horned hat or head-dress that denotes a supreme deity. Not only may this be the first place where this divine sign appears; this may also be the first representation of the goddess in human form."......http://www.ancientworlds.net/aw/Article/764564

"… The city Aratta is structured as a mirror image of Uruk, only Aratta has natural resources (i.e. gold, silver, lapis lazuli) that Uruk needs…..

"Aratta is described as follows in Sumerian literature:
It is a fabulously wealthy place full of gold, silver, lapis lazuli and other precious materials, as well as the artisans to craft them.
It is remote and difficult to reach.
It is home to the goddess Inana, who transfers her allegiance from Aratta to Uruk.
It is conquered by Enmerkar of Uruk.
…http://en.wikipedia.org/wiki/Aratta

"Boyce (1982:29-31) proposes that there was once a Perso-Elamite divinity named *Anahiti (as she reconstructs it from the Greek rendering of Anaitis, being otherwise unattested in old Persian) that was an analogue of Semitic Ishtar–Inanna. "That the concept [of *Anahiti] owes much to that of Ishtar was first suggested by H. Gressman, Archiv f. Religionswissenschaft XX, 1920, 35ff., 323ff."…..Boyce, Mary (1982), A History of Zoroastrianism, Vol. II, Leiden/Köln: Brill 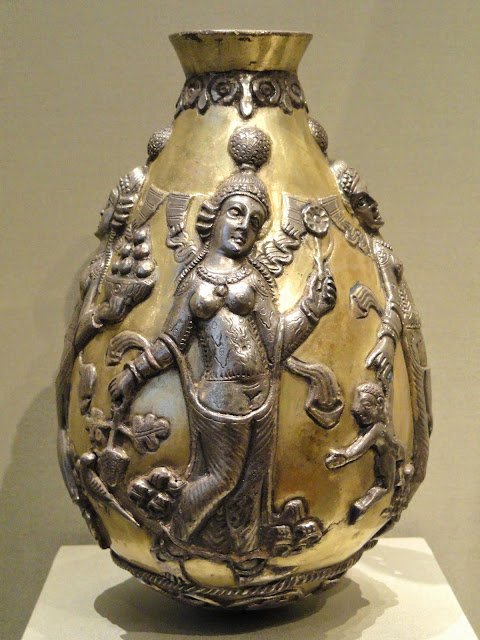 "…What made Bactria sacred was a great temple of the ancient Iranian goddess, Anahit (in Pahlavi or Middle-Persian) and Anahita (Ânâhitâ) in the Avesta hymns. …The temple was so rich that often it attracted the needy Syrian kings who sat out to plunder it. In her name and honor, in Armenia, girls prostituted themselves. Anaitis was a Scythian goddess, but she is identified also as Assyrian Mylitta, the Arabian Alytta and the Greek Venus Urania. Artaxerxes Mnemon, one of the emperors of Achaemenid dynasty was among her devotees. She is also associated with the Persian Mithra. Her association with Zoroaster adds to her popularity…..

"Anahita & Balkh… the female protectress of the city, just as the ancient patroness of Balkh, Anahita goddess of the Oxus, was in Alexander’s day. Anahita’s magnificent gilded statue had been gifted by one of Darius’s predecessors, Artaxerxes II. Thousands had come to licentious rites in the precinct of the ‘High girdled one clad in a mantle of gold, on her head a golden crown with rays of light and a hundred stars clad in a robe of over thirty otter skins of shining fur’….http://depts.washington.edu/silkroad/texts/hhshu/notes13.html

"In the Mesopotamian pantheon Inanna is the daughter of the sky-god An, but also is depicted as the daughter of the moon-goddess Ningal and her consort Nanna. Alternately, she is the daughter of the god of wisdom Enki and sister to Ereshkigal (goddess of the underworld) and Utu the sun god. Her husband Dumuzi transforms in time (as Inanna does into Ishtar) into the dying-and-reviving god Tammuz and, annually at the autumn equinox, the people would celebrate the holy marriage rites of Inanna and Dumuzi as he returned from the underworld to mate again with Inanna, thus bringing the land to life. Her temples throughout Mesopotamia were numerous, and sacred prostitutes of both genders were employed to ensure the fertility of the earth and the continued prosperity of the communities."…… 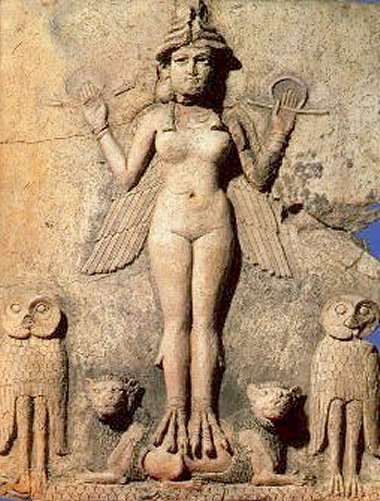 "Sumerian literature…..Enmerkar and the Lord of Aratta - The goddess Inanna resides in Aratta, but Enmerkar of Uruk pleases her more than does the lord of Aratta, who is not named in this epic. Enmerkar wants Aratta to submit to Uruk, bring stones down from the mountain, craft gold, silver and lapis lazuli, and send them, along with "kugmea" ore to Uruk to build a temple. Inana bids him send a messenger to Aratta, who ascends and descends the "Zubi" mountains, and crosses Susa, Anshan, and "five, six, seven" mountains before approaching Aratta. Aratta in turn wants grain in exchange. However Inana transfers her allegiance to Uruk, and the grain gains the favor of Aratta's people for Uruk, so the lord of Aratta challenges Enmerkar to send a champion to fight his champion. Then the god Ishkur makes Aratta's crops grow."…..http://www.ancient.eu.com/Inanna/