"The term "Sakyong" literally means "earth-protector" in Tibetan, although it is colloquially understood to mean "king". Sakyong is regarded as a chögyal (Sanskrit dharmaraja) – "king of truth" – who combines the spiritual and worldly paths. The first Dharmaraja of Shambhala, Dawa Sangpo, was said to have been empowered directly by the Buddha. The Sakyong is the earthly embodiment or emanation of the Rigden — enlightened awareness — and in this sense he is a tulku (Tibetan), or nirmanakaya (Sanskrit) of the Rigden. The consort of the Sakyong is referred to as the Sakyong Wangmo."

"Robin Kornman notes that one of the "striking things" about the text is that it refers not to Indic sources but to the "creation myths found in the royal chronicles and in the Epic of Gesar of Ling" and "evoke the cosmology of native Tibetan religion, not Buddhism.". His Shambhala terma feature Shiwa Okar as a yidam, or meditational deity, with a tantric retinue of drala and werma (Wylie: wer ma).....Trungpa Rinpoche's work has antecedents in the edition of the Gesar epic prepared by Ju Mipham and ritual practices he composed in conjunction with that work. Kornman notes "Mipham made his edition of the Gesar Epic a hybrid of Buddhist and local ideas. He made sure it would be read in this manner by writing a parallel set of Gesar chants that mix religions in the same way. These ritual practices may be found in the Na chapter of his collected works. In the Bon tradition, King Gesar of Ling is sent to Tibet by Shenlha Okar, and Trungpa Rinpoche's blending of native traditions and Indian Buddhism appears to echo Mipham's."......http://en.wikipedia.org/wiki/Shenlha_Okar

"Socrates has finished describing the just city, and the philosopher-king who microcosmically embodies and rules this government...Philosopher kings are the rulers, or Guardians, of Plato's Utopian Kallipolis. If his ideal city-state is to ever come into being, "philosophers [must] become kings…or those now called kings [must]…genuinely and adequately philosophize" (The Republic, 5.473d)....the philosopher is the only person who has access to Forms – the archetypal entities that exist behind all representations of the form....

"Therefore Tao is great; Heaven is great; Earth is great; and the Sovereign also is great. In the Universe there are four powers, of which the Sovereign is one. Man takes his law from the Earth; the Earth takes its law from Heaven; Heaven takes its law from Tao; but the law of Tao is its own spontaneity.....Tao produced Unity; Unity produced Duality; Duality produced Trinity; and Trinity produced all existing objects. These myriad objects leave darkness behind them and embrace the light, being harmonised by the breath of Vacancy."....http://www.sacred-texts.com/tao/salt/salt04.htm

"The Tibetan kings were said to remain connected to the heavens via a dmu cord (dmu thag) so that rather than dying, they ascended directly to heaven, when their sons achieved their majority. According to various accounts, king Drigum Tsenpo (Dri-gum-brtsan-po) either challenged his clan heads to a fight, or provoked his groom Longam (Lo-ngam) into a duel. During the fight the king's dmu cord was cut, and he was killed. Thereafter Drigum Tsenpo and subsequent kings left corpses and the Bön conducted funerary rites."....http://en.wikipedia.org/wiki/History_of_Tibet 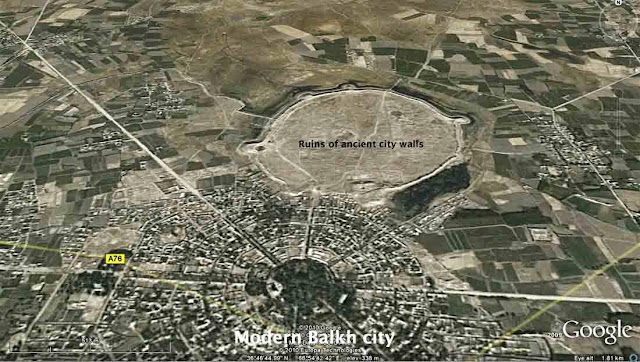 "Concepts of kingship in Iran and their relation to organized religion originated from the convergence of ancient Indo-Iranian concepts of leadership, social order and class structure, and the belief in the divine origins of these, with Mesopotamian ideologies and practices of rule and sacral kingship, under the Medes and the Achaemenians (549-330 BCE ). Under the Achaemenians, kingship was believed to originate from Ahura Mazda, and all royal success occurred through this god's will. The conquest of the Achaemenian empire by Alexander II of the Macedonia (356-322 BCE) in 330 BCE, with the death of the last Achaemenian emperor Darius III Codomannus (ruled 336-330 BCE), resulted in the influx of Hellenistic ideas of kingship into Iran under Alexander's successors: the Seleucids. (312-129 BCE). The hellenization of Iran continued under the Iranian Arsacid (Parthian) rulers (247 BCE-CE 224).5 The belief that the ruler was appointed by the gods, and represented these gods on earth, was reinforced under Arsacid dynasty."....http://www.cais-soas.com/CAIS/History/Sasanian/sacral_kingship.htm

"The Zoroastrian religion, which served as the religious basis of Sasanian sacral kingship, incorporated this doctrine into its tenets, and preserved it after the fall of the Sasanian dynasty with the Arab conquest of Iran by CE 651. The main source for the Zoroastrian doctrine of sacral kingship is the Denkard "Acts of the Religion," an encyclopedia of Zoroastrian knowledge, which greatly emphasizes the importance of this doctrine.This text also emphasizes the role of the Sasanian monarch as the supreme representative of Asura Mazda on earth....four classes of the religion by which the world is arranged, which are the priesthood, the warrior class, the herdsman class and the artisan class....

"Like Kingship, Wisdom was “lowered to Earth from Heaven,” granted to Mankind by the Anunnaki “gods.” It was by their sole decision that scientific knowledge was passed on to Mankind, usually through the medium of selected individuals; the instance of Adapa, to whom Enki granted “wide understanding,” has already been mentioned. As rule, however, the chosen person belonged to the priesthood—another “first” that stayed with Mankind for millennia through the Middle Ages, when priests and monks were still also the scientists.".....http://www.bibliotecapleyades.net/sitchin/genesisrevisto/genrevisit10.htm 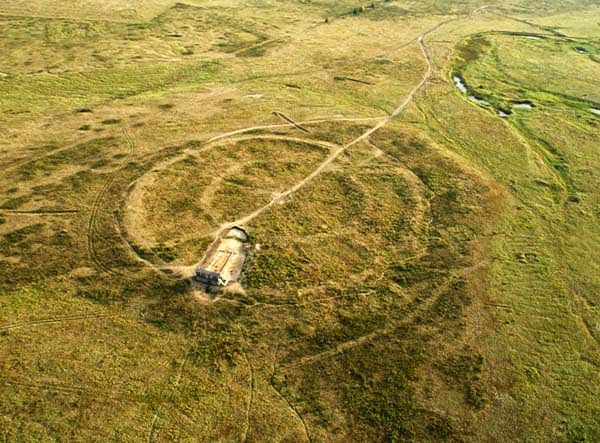 Arkaim ....an archaeological site situated in the Chelyabinsk Oblast, Russia, just to the north from the Kazakhstan border.....The site is generally dated to the 17th century BC.