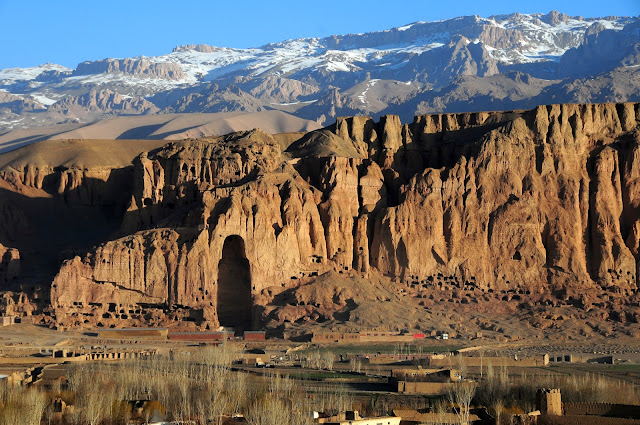 The Bamiyan Valley lies south of Shamis en Balkh, enclosed within the high mountains of the Caucasus (Hindu Kush), in the central highlands of Afghanistan. The valley, at an altitude of 2,500 m, follows the Bamiyan River. It formed one of the branches of the Silk Road and its beautiful landscape is associated with legendary figures. It was these aspects that contributed to its development as a major religious and cultural centre. It was inhabited and partly urbanized from the 3rd century BC. ....Buddhism eventually demised with the Arab Muslim invasion of the 7th century. The Muslims considered Buddhists idol worshipers and did all they could to destroy "heretical" temples and deface artwork. Even one of the most famous testaments to Buddhism in the middle east, the massive Buddha rock carvings at Bamiyan were vandalized, a task that was tragically completed when the Taliban blew up what remained of the statues in 2001 with explosives, tanks, and anti-aircraft weapons. The colossal Buddhas were cut at immeasurable cost (probably in the third and fifth centuries A.D.) into the tall, sandstone cliffs surrounding Bamiyan, an oasis town in the centre of a long valley that separates the mountain chains of Hindu Kush and Koh-i-Baba. The taller of the two statues (about 53 meters or 175 feet) is thought to represent Vairocana, the "Light shining throughout the Universe Buddha" The shorter one (36 meters or 120 feet) probably represents Buddha Sakyamuni, although the local Hazara people believe it depicts a woman. 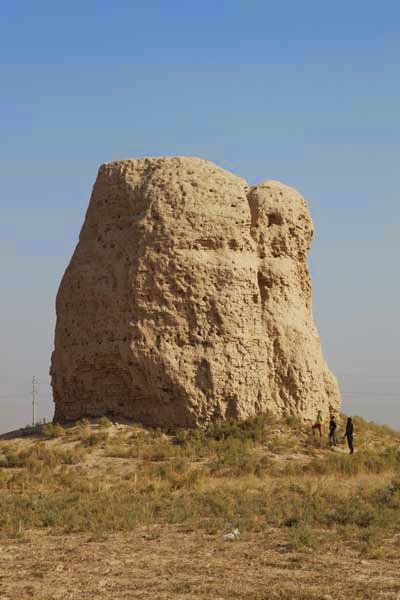 "To the southeast of the ancient site of Old Termez, on the side of the road leading to the Surkhandarya Province central city, rise the remains of what is called Zurmala Tower. Archeologists took interest in the structure long ago. In as far back as 1926 they came out with the suggestion that it must have been a Buddhist stupa. A thorough exploration carried out 50 years later proved that it was a cult structure dating back to the golden age of the Kushan Kingdom.... It was built of adobe square bricks 33x33 centimetres. Each of the bricks has a distinctive stamp in the form of a line and two small pits. According to archeologists such bricks were used in Bactria only in Kushan times, that is early 3rd century CE. In the later period there were used bricks of rectangular shape. The scientists estimated that almost 1,200,000 bricks were needed for construction of the stupa. In the upper part of the windowless monolith adobe brick structure there is a small chamber for relics."

"Buddhist stupa, known as the Bastion of Zurmala, Bactria, built in the Kushan period, 1st to 2nd century AD.....Trapusa and Bahalika from Balkh in Afghanistan, are attributed to be the first two lay disciples of the Buddha.....Huang Tsang recounts, having become his first disciples Trapusa and Bahalika wished his leave to return home, they asked the Buddha for something by which they could remember and honour him in his absence. The Buddha gave them eight of his hairs as relics. They made golden caskets for the relics and took them to their own city (Balkh) where they enshrined them in a stupa by the city gate. Huang Tsang recounts that theirs was the first ever Buddhist Stupa to be made and that the Buddha had first to instruct them how to erect it by folding his three robes into squares piling them up and then topping them off with his inverted bowl....John S. Strong draws attention to the important tradition that brings together several firsts ; first lay disciples of the Buddha to take refuge in him and his teachings; first meritorious food offering to the Buddha after his enlightenment; first Buddhist's monk's bowl; first words of Dharma given by the blessed one; first relics of Gautama after his attainment of Buddhahood; the first Stupa of the Buddha here on earth." 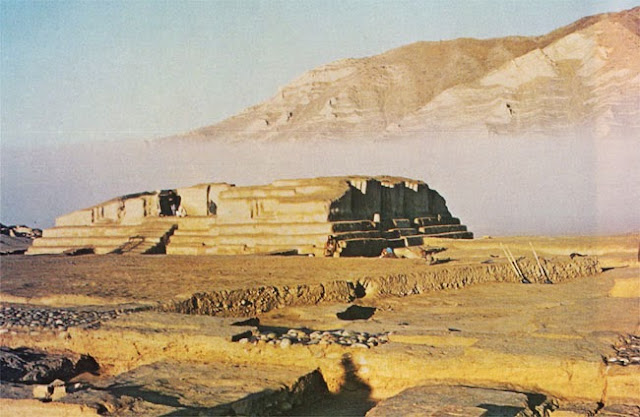 Alexandria-Kapisa has been identified and partly excavated on a hill near Begram -or to be more precise, near Charikar-, 65 km north of modern Kabul. Not many finds date back to the age of Alexander, but the identification is uncontested....Ai-Khanoum or Ay Khanum (lit. “Lady Moon” in Uzbek, possibly the historical Alexandria on the Oxus, also possibly later named اروکرتیه or Eucratidia), was founded in the 4th century BC, following the conquests of Alexander the Great and was one of the primary cities of the Greco-Bactrian kingdom. The city is located in Kunduz Province northern Afghanistan, at the confluence of the Oxus river (today's Amu Darya) and the Kokcha river, and at the doorstep of the Indian subcontinent. Ai Khanoum was one of the focal points of Hellenism in the East for nearly two centuries, until its annihilation by nomadic invaders around 145 BC about the time of the death of Eucratides."...http://en.wikipedia.org/wiki/Ai-Khanoum 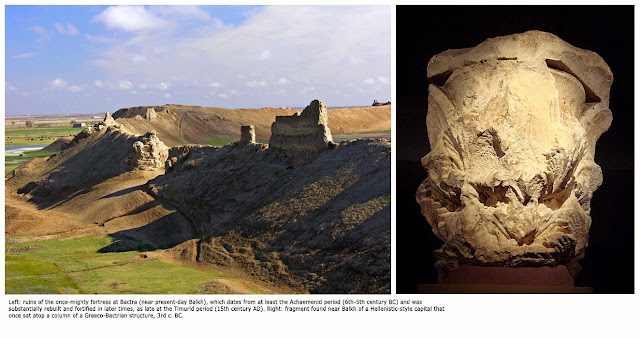