Denkart: Sacred Texts in Zoroastrianism (1600 BC)

"The DENKARD is a ninth century encyclopedia of the Zoroastrian religion, but with extensive quotes from materials thousands of years older, including (otherwise) lost Avestan texts. It is the single most valuable source of information on this religion aside from the Avesta."

"The Denkart is a large collection of information regarding the doctrines, customs, traditions, history, and literature of the Mazda-worshipping religion.....Of the Denkart, or Acts of the religion, only Books III-IX, containing about 169,000 words, were discovered at Bagdad in 1020, when its oldest colophon that has been preserved by copyists was written....http://www.farvardyn.com/pahlavi2.php

"Avesta .....The collections of sacred texts in Zoroastrianism......For a long time the texts of the Avesta were orally transmitted, and did not come to be written down before 6th century BC, which is about 1,000 years after they first began to be used. The origin of the term Avesta is unclear, but could probably be translated as 'foundation' or 'texts of praising'.......The original Avesta was made up of 21 sections, nasks. Only one nask is intact to the full extent — the Vendidad. Only parts of the content of the original Avesta has survived into modern times, and most of the information we now possess comes from the religious/historical work of Denkart of the 9th century."......http://i-cias.com/e.o/avesta.htm

"Dēnkart, (Pahlavi: “Acts of the Religion”) also spelled Dinkard, 9th-century encyclopaedia of the Zoroastrian religious tradition. Of the original nine volumes, part of the third and all of volumes four through nine are extant. The surviving portion of the third book is a major source of Zoroastrian theology. It indicates that later Zoroastrianism had incorporated and reinterpreted elements of Aristotelian philosophy and vocabulary. Books four through six discuss metaphysics, doctrinal history, the history of mankind with emphasis on the Iranian peoples, and moral principles. The seventh book includes a biography of the prophet Zoroaster. The eighth and ninth are commentaries on the Avesta, the main Zoroastrian scripture, and the only source of information on its lost original form.".....http://www.britannica.com

CONTENTS:
(Books 1 and 2, and the beginning of Book 3 are lost.)
Book 3: Doctrines and beliefs, conduct and instructions...
Book 4: The writings of the Dasturs of the Arsacid and Sasanian periods
Book 5: The writings of Adarfarnbag, son of Farroxdad -- The life of Zarathushtra, and writing about the Selamis SBE translation
Book 6: Wisdom of the Sages
Book 7: Marvels of Zoroastrianism...
Book 8: Contents of the Nasks (Ancient Canon)...
Book 9: Details of the Original Gathic Texts (Ancient Canon)...

"The Sassanian Dynasty ruled over Iran for more than four centuries (226-642 A.D.)....All through the four centuries of Sassanian rule Zoroastrianism continued to be the "official state religion", but historians have also spoken of several "heretical sects"...One such heresy was promulgated by Mani at the very beginning of the Sassanian era and another was the "heresy" preached by Mazdak almost at the end of the rule of the Sassanians....The Sassanian Dynasty was established by Ardashir Papakan of the house of Sasan in the year 226 A.D. Ardashir headed the national revolt against the fratricidal struggles and the irreligious misrule of the Arsacid (Parthian) rulers of Iran.....on his coins, we see a fire-altar flanked on either side by a human figure fully armed. One of these represented royalty, the secular power; and the other represented the Dasturan-Dastur (the High-Priest of the Empire), representing spiritual might. These are the "two brothers"....www.iranchamber.com 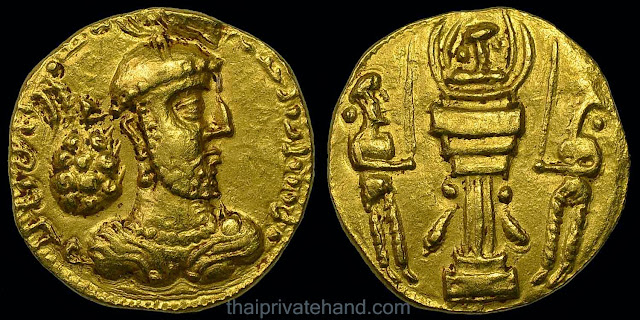 "After the Arab conquest, the religion continued for three or four centuries to play a significant role in Iran and neighboring countries; it was at that time that many Zoroastrian theological works were written in the Middle Persian language, including the Denkart (ninth century), an all-encompassing encyclopedia of the religion."....http://encyclopedia2.thefreedictionary.com/Zarathustrianism....Pahlavi Texts, vols. 1–5. Translated by E. W. West. London, 1890–97. (In Sacred Books of the East, vols. 5, 18, 24, 37, 47.)

"One section informs us that the Farnbag fire is put in the position of priests, the Gushnasp fire in that of warriors, and the Burzinmihr fire in that of agriculturists. ....."....http://www.farvardyn.com/pahlavi2.php