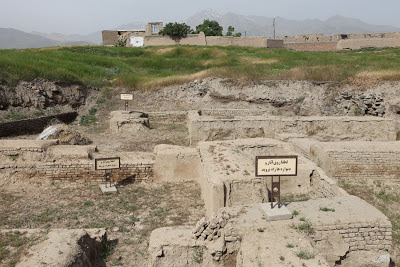 Excavations in Hamedann. Hamedan, ancient Ecbatana, is one of the oldest cities in the world, and according to legend (Ferdowsi), Hamedan was founded in 673 BC by the mythical King Jamshid (Avestan: Yima). 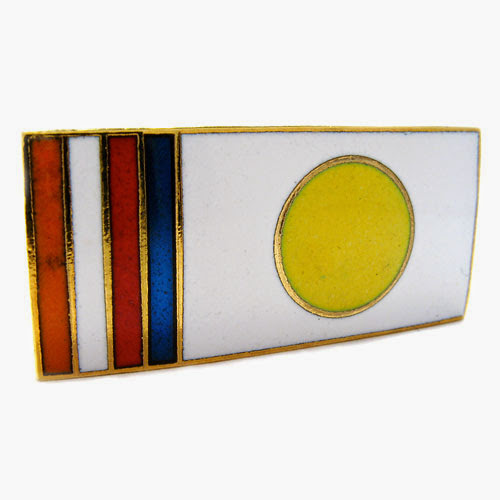 "A glimpse into ancient Persian cosmology is the royal city of Hagmatan (Hamadan, Agbatana, Ekbatana)[50E 32N] built in 800 BC by King Deioces (Daiukku) of the Medes. Seven concentric circles within walls, each higher than the preceding wall as one passed toward the center hill where the palace stood. The 7th and highest wall was painted gold (sun)...the 6th was painted silver (moon)...the 5th wall was painted orange...the fourth was painted blue...the third was painted red...the second black...and the outermost wall was painted white. Orange was the fiery morning 'asman', blue the noonday 'asman', red for the evening asman. The array of colors chosen for the encircling walls of the royal city was similar to that of the robe of warriorhood and sovereignty described in the Denkart....The Denkart is a large collection of information regarding the doctrines, customs, traditions, history, and literature of the Mazda-worshipping religion." 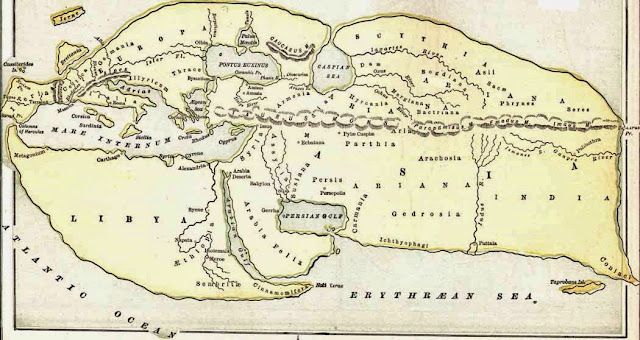 "Deioces (the Daiukku of the cuneiform inscriptions), who is said to have surrounded his palace in it with seven concentric walls of different colours. In the 5th century BC, Herodotus wrote of Ecbatana: "The Medes built the city now called Ecbatana, the walls of which are of great size and strength, rising in circles one within the other. The plan of the place is, that each of the walls should out-top the one beyond it by the battlements. The nature of the ground, which is a gentle hill, favors this arrangements in some degree but it is mainly effected by art. The number of the circles is seven, the royal palace and the treasuries standing within the last. The circuit of the outer wall is very nearly the same with that of Athens. On this wall the battlements are white, of the next black, of the third scarlet, of the fourth blue, the fifth orange; all these colors with paint. The last two have their battlements coated respectively with silver and gold. All these fortifications Deioces had caused to be raised for himself and his own palace..... The king in the inner circle was seen by no one and all business was transacted by messengers." (Grene: "Herodotus History"..1987..pg 81)...

"Some scholars identify the Ecbatana/Hagmatana mentioned in later Greek and Achaemenid sources with the city Sagbita/Sagbat ...The Sagbita mentioned by Assyrian sources was located in proximity of cities of Kishesim (Kar-Nergal) and Harhar (Kar-Sharrukin)"....Medvedskaya, I.N. (2002). "Were the Assyrians at Ecbatana?". International Journal of Kurdish Studies.

Hamadan was rebuilt after the Moslem invasion but was again destroyed during the Mongol invasion of 1220 AD. Twenty four subdistricts. In the middle of the city stood the ancient castle (Kal'ah). Twenty four subdistricts in the 12th century. The city was 6 miles across. Southwest of Hamadan rose the great mountain of Alvand, or Arvand, summit always covered in snow." (LeStrange: 1966..pg 194)....

"There may have been another Ecbatana in Media Atropatene (Azerbijan) at a place called Takht-i-Suleiman (Ganzaca), where extensive ruins are still visible. (Bunbury: 1959...pg 258)...

"The royal palace of Agbatana is said by Polybius to be 4/5ths of a mile in circumference." (Rawlins: Herodotus)

The extreme summer heat of Susa drove the Persian court first to the higher altitudes of Ecbatana, the old Median capital in the Zagros Mountains....http://www.angelfire.com/empire2/unkemptgoose/Persian.html

Ecbatana (Old Persian: Haŋgmatana, Greek: Ἀγβάτανα Agbatana in Aeschylus and Herodotus, elsewhere Ἐκβάτανα Ekbatana, Agámtanu by Nabonidos, and Agamatanu at Behistun; modern Hamadan, Iran) (literally: the place of gathering; Hebrew: אַחְמְתָא, Modern Aẖmeta Tiberian ʼAḥməṯā; Latin: Ecbatana) is supposed to be the capital of Astyages (Istuvegü), which was taken by the Persian emperor Cyrus the Great in the sixth year of Nabonidus (549 BC)....http://en.wikipedia.org/wiki/Ecbatana

"The Royal Road of the Achaemenids was a major intercontinental thoroughfare built by the Achaemenid king Darius the Great (521-485 BC), to allow access to the conquered cities throughout the Persian empire. It is also, ironically enough, the same road that Alexander the Great used to conquer the Achaemenid dynasty a century and a half later.The Royal Road led from the Aegean Sea to Iran, a length of some 1500 miles (2400 kilometers). A major branch connected the cities of Susa, Kirkuk, Nineveh, Edessa, Hattusa and Sardis.From Susa the road connected to Persepolis and India, and intersected with other road systems leading to the ancient allied and competing kingdoms of Media, Baktria and Sogdiana. Much of what is known about the Royal Road comes not from archaeology, but from Herodotos the Greek historian, who described the Achaemenid imperial postal system. "...http://archaeology.about.com/od/rterms/qt/royal_road.htm 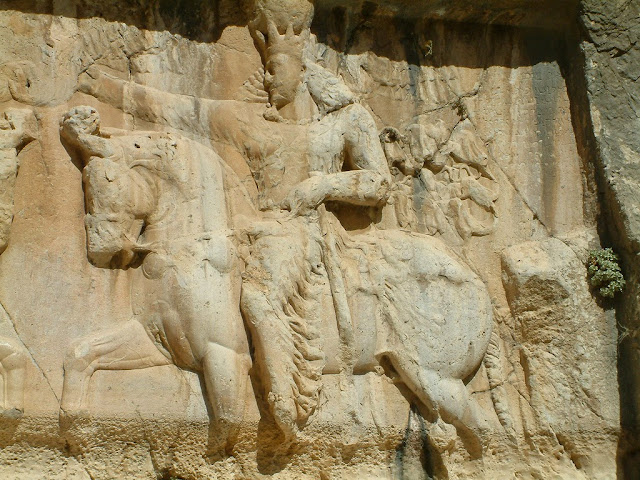 "Jamshid (Persian: جمشید‎, Jamshīd) (Middle- and New Persian: جم, Jam) (Avestan: Yima) is a mythological figure of Greater Iranian culture and tradition......In tradition and folklore, Jamshid is described as the fourth and greatest king of the epigraphically unattested Pishdadian Dynasty (before the Kayanian dynasty). This role is already alluded to in Zoroastrian scripture (e.g. Yasht 19, Vendidad 2), where the figure appears as Avestan language Yima(-Kshaeta) "(radiant) Yima," and from which the name 'Jamshid' is derived.....Jamshid remains a common Iranian and Zoroastrian male name. Edward FitzGerald transliterated the name as Jamshyd. In the eastern regions of Greater Iran, Central Asia, and by the Zoroastrians of the Indian subcontinent it is rendered as Jamshed."