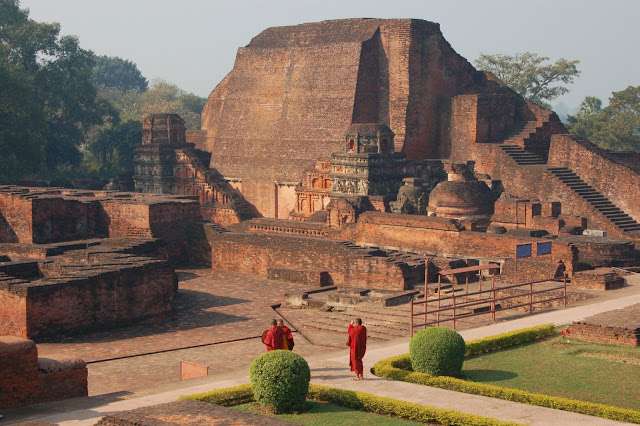 "Nālandā was a religious center of learning from the fifth century AD to 1197 AD..... Nalanda flourished between the reign of the Śakrāditya (whose identity is uncertain and who might have been either Kumara Gupta I or Kumara Gupta II) and 1197 AD, supported by patronage from the Hindu Gupta rulers as well as Buddhist emperors like Harsha and later emperors from the Pala Empire.....The curriculum at Nalanda consisted not only of Hinayana and Mahayana philosophy but also medicine, logic, astrology, and many other subjects as well......When I-Tsing, Chinese Buddhist, visited Nalanda in 673-695, there were eight colleges, having as many as 300 rooms.....At its peak, the university attracted scholars and students from as far away as Tibet, China, Greece, and Persia. Nalanda was ransacked and destroyed by an army under Bakhtiyar Khilji in 1193. The great library of Nalanda University was so vast that it is reported to have burned for three months after the invaders set fire to it, ransacked and destroyed the monasteries, and drove the monks from the site."....https://en.wikipedia.org/wiki/Nalanda

"Nava Vihara, Navbahar (also known as Nava Vihara: Sanskrit: "new temple" or "new monastery) was a Buddhist stupa or monastery near the ancient city of Balkh in northern Afghanistan. The temple may have been an old Zoroastrian fire-temple.... in the Greater Khorasan province of the Persian Empire (now in present-day Afghanistan). ......it was the center of higher Buddhist study for all of Central Asia, comparable to Nalanda Monastery in central northern India..... it was one of the main centers of pilgrimage along the Silk Route from China to India.....Xuanzang, during visit in 630, noted that there were in Balkh about a hundred Buddhist monasteries, with 30,000 monks, and that there was a large number of stupas, and other religious monuments and that Buddhism was flourishing in Bactria..... Śakrāditya, of the Gupta Dynasty...." the founding of the great university of Nalanda dates back to the reign of the Gupta king Kumaragupta I, who ruled from 415 to 455 and is referred to as Shakraditya (Śakrāditya).....By the time the Chinese pilgrim Hsüan-tsang visited in the seventh century, entrance to the university could only be gained by those who passed the admission test put to them by learned gatekeepers. Hsüan-tsang stayed for a period of about six years, during which he studied Yogachara philosophy. I-tsing (635-713), another Chinese pilgrim, who visited after Hsüan-tsang and stayed for about ten years, reports that there were about 3500 monks in residence at that time.".....http://www.rigpawiki.org/index.php?title=Nalanda_University 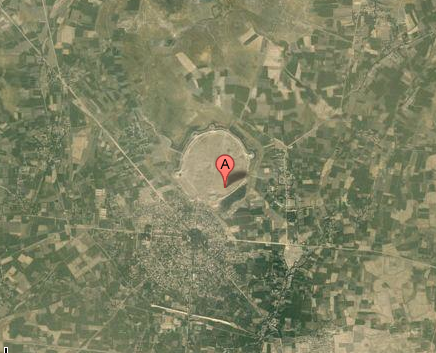