"Longchen Rabjampa, Drimé Özer (Wylie: Klong-chen rab-'byams-pa, Dri-med 'od-zer) "Longchenpa" (1308–1364) was a major teacher in the Nyingma school of Tibetan Buddhism. Along with Sakya Pandita and Je Tsongkhapa, he is commonly recognized as one of the three main manifestations of Manjushri to have taught in Central Tibet. His major work is the Seven Treasures, which encapsulates the previous 600 years of Buddhist thought in Tibet. Longchenpa was a critical link in the exoteric and esoteric transmission of the Dzogchen teachings. He was abbot of Samye, one of Tibet's most important monasteries and the first Buddhist monastery established in the Himalaya, but spent most of his life travelling or in retreat." 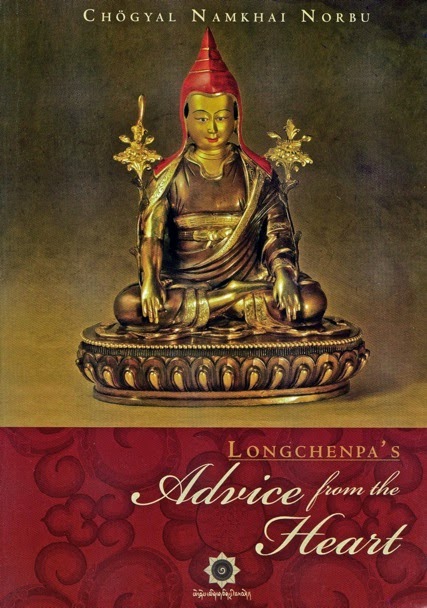 "David Germano, in his doctoral thesis on the Tsigdön Dzö (tshigs don mdzod) (one of the Seven Treasuries), frames the brilliance of Longchenpa within the wider discourse of the Dzogchen tradition (found in the Bonpo Zhangzhung and Indo-Tibetan traditions of Buddhism):......."Although at least five hundred years (800 CE - 1300 CE) of thought, contemplation and composition in this tradition... preceded him such that all the major themes, structures, and terminology were in place prior to his birth (above all in the canonical Seventeen Tantras of the Great Perfection (rgyud bcu bdun), it was Longchenpa (1308-1363) who systematically refined the terminology used by the tradition with a series of subtle yet clear distinctions; brilliantly revealed its relationships with mainstream exoteric Buddhist thought; clarified its internal structure; created from it masterpieces of poetic philosophy remarkable for their aesthetic beauty, philosophical rigor, and overall clarity; and overall pinpointed the inner quintessence of the tradition with writings that not only systematized every major topic, but also creatively explained each to render crystal clear the unprecedented revolution in the content, form, and structure of "philosophical" thought in Indo-Tibetan Buddhism that the Great Perfection teachings entail.".....Germano, David Francis (1992). "Poetic thought, the intelligent Universe, and the mystery of self: The Tantric synthesis of rDzogs Chen in fourteenth century Tibet." 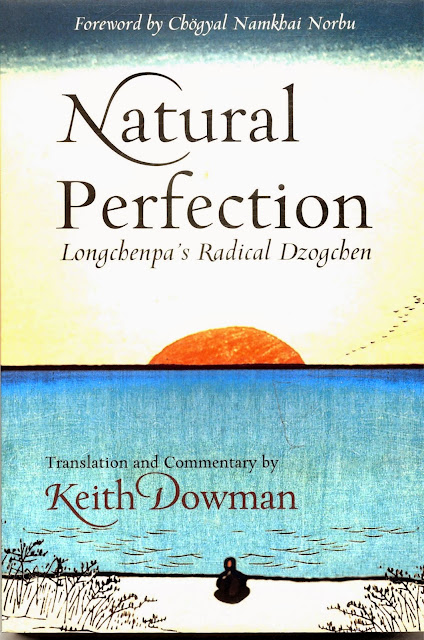 "The Dzogchen practitioner is such insofar as he or she is free of spiritual identity or belief in any dogma. This natural freedom is intrinsic to doing nothing and allowing moment by moment autonomous deconstruction of his or her identity, both personal and spiritual.....Ordinary people, non-Buddhists and Buddhist followers of the eight lower approaches (monastic, solitary ascetic, altruistic householders, tantric practitioners, atheists, hedonists and monotheistic eternalists....)....are identical in that they do not realize natural perfection.....In this important sense, every path is a dead end..."......p.94

"The Tibetan title of the root text is Gnas lugs rin po che’i mdzod, given in Sanskrit as the Tathātva-ratna-kosha-nāma, which may be rendered into English as The Precious Treasury of Natural Perfection. This is arguably the most important of Longchenpa's seminal works grouped together as the Mdzod bdun (The Seven Treasuries). This work was composed in the middle of the fourteenth century in Central Tibet at a hermitage called Gangs ri thod dkar (above Snye phu shugs gseb), still a place of pilgrimage. The title of Longchenpa's auto-commentary is Sde gsum snying po’i don ’grel gnas lugs rin po che mdzod ces bya ba’i ’grel ba (The Commentary Upon The Treasury of Natural Perfection: An Exposition of the Inner Meaning of the Three Series of Dzogchen Instruction)."....http://www.keithdowman.net/dzogchen/naturalperfection.htm

"The majority of quotations cited by Longchenpa are drawn from the tantras of the Rnying ma rgyud ’bum (The Collected Tantras of the Ancients). This collection may have been started as a handwritten compendium as early as the twelfth century as the Bairo rgyud ’bum. A more comprehensive collection was carved in blocks in the 18th century under the auspices of Jigme Lingpa. The three collections available today besides the Bairo rgyud ’bum are the Gting skyes (Mkhyen brtse) and Mtshams Brag editions both printed in Bhutan, which we have utilized, and the edition of the Derge Parkhang.....The most oft-quoted tantra is the Kun byed rgyal po (The Supreme Source), the principal tantra of the Dzogchen Mind Series (sems sde). A compilation of diverse material from the early days of Dzogchen transmission in Tibet, it also includes the five earliest translations of Bairotsana such as Mi nub pa’i rgyal mtshan (The Eternal Victory Banner), also known as the rDo rje sems dpa’ nam mkha’ che (The Vast Space of Vajrasattva). The Kun byed rgyal po has been partially translated by Chogyal Namkhai Norbu and Adriano Clemente (1999) as The Supreme Source.".....http://www.keithdowman.net/dzogchen/naturalperfection.htm 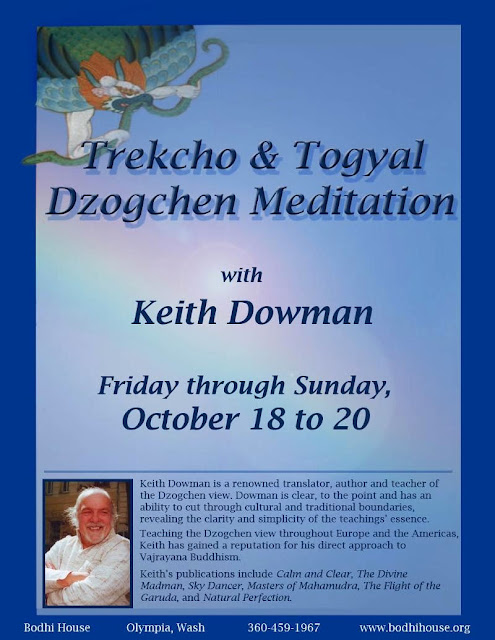