The five Jambhala (also known by the name Dzambhala) are all very popular wealth Gods and each has their own uniqueness..... 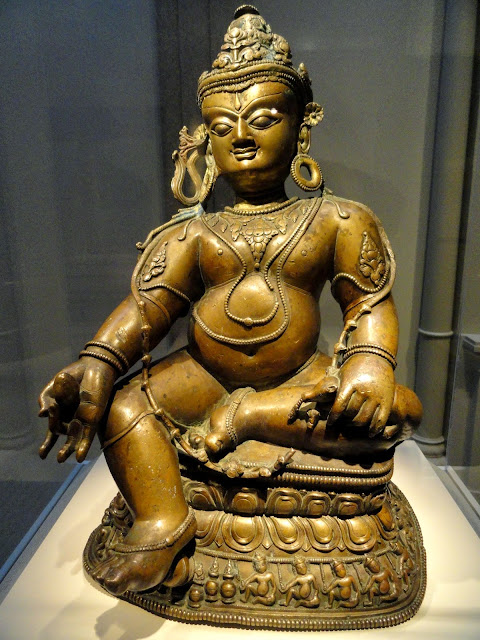 "For instance at several occasions in the texts is mentioned the fabulous "city of happiness Jambul" (Shambhala?). It was supposedly build by the legendary first human king and legislator Jam who corresponds to the Persian Jamshed (= Avestan Yima and Vedic Yama). In India the title of Yama is Dharmaraja (as that of the Shakya kings of Shambhala) and his city (identified with the world of the dead) is Yamapura (Jambul? - actually in Turkic it would be Jam Baliq which also resembles Shambhala)".......Ardavarz Saudar

Jambu......The Tree of Life growing on Mount. Meru. In some accounts this tree is the source of soma. It is the axis of the earth with its roots on the underworld, and its topmost branches in the heavens. In some accounts, referred to as Jambu, soma, soma, Indu, sudha(n), amrita or jambu. Ancient Bon Statue Made of Meteorite 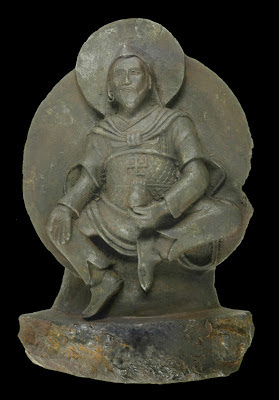 A 1,000-year-old ancient Buddhist statue which was first recovered by a Nazi expedition in 1938 has been analyzed by scientists and has been found to be carved from a meteorite. The findings, published in Meteoritics and Planetary Science, reveal the priceless statue to be a rare ataxite class of meteorite.

The statue, known as the Iron Man, weighs 10kg and is believed to represent a stylistic hybrid between the Buddhist and pre-Buddhist Bon culture that portrays the god Vaisravana, the Buddhist King of the North, also known as Jambhala in Tibet.

An ancient Buddhist statue which was first recovered by a Nazi expedition in 1938 has been analyzed by a team of scientists led by Dr. Elmar Buchner from the Institute of Planetology, University of Stuttgart. The probably 1,000-year-old statue, called the "Iron Man," weighs 10 kilograms, portrays the Buddhist god Vaisravana and is believed to originate from the pre-Buddhist Bon culture of the 11th Century. Geochemical analyses by the German-Austrian research team revealed that the priceless statue was carved from an ataxite, a very rare class of iron meteorites.

The statue was discovered in 1938 by an expedition of German scientists led by renowned zoologist Ernst Schäfer. It is unknown how the statue was discovered, but it is believed that the large swastika carved into the centre of the figure may have encouraged the team to take it back to Germany. Once it arrived in Munich it became part of a private collection and only became available for study following an auction in 2009.....The first team to study the origins of the statue was led by Dr Elmar Buchner from Stuttgart University. The team was able to classify it as an ataxite, a rare class of iron meteorite with high contents of nickel......."The statue was chiseled from an iron meteorite, from a fragment of the Chinga meteorite which crashed into the border areas between Mongolia and Siberia about 15.000 years ago. "While the first debris was officially discovered in 1913 by gold prospectors, we believe that this individual meteorite fragment was collected many centuries before," said Dr Buchner.

Meteorites inspired worship from many ancient cultures ranging from the Inuit's of Greenland to the aborigines of Australia. Even today one of the most famous worship sites in the world, Mecca in Saudi Arabia, is based upon the Black Stone, believed to be a stony meteorite. Dr Buchner's team believe the Iron Man originated from the Bon culture of the 11th Century"The Iron Man statue is the only known illustration of a human figure to be carved into a meteorite, which means we have nothing to compare it to when assessing value,"

Vaiśravaṇa is also known as Kubera (Sanskrit) or Kuvera (Pāli), and as Jambhala (Sanskrit)......The character of Vaiśravaṇa is founded upon the Hindu deity Kubera, but although the Buddhist and Hindu deities share some characteristics and epithets, each of them has different functions and associated myths. Although brought into East Asia as a Buddhist deity, Vaiśravaṇa has become a character in folk religion and has acquired an identity that is partially independent of the Buddhist tradition

Thokcha (Tibetan: ཐོག་ལྕགས, Wylie: thog lcags) "sky-iron" are tektites and meteorites which are often high in iron content, refer iron meteorite. The usage of meteoric iron is common in the history of ferrous metallurgy. Historically, thokchas were held in esteem for sacred metallurgical fabrication of weapons, musical instruments and sacred tools, e.g. phurba. Their inclusion as an auspicious addition in the metallurgical fabrication of sacred objects cast of Panchaloha is documented. The term has also come to denote ancient metal objects which serve as talismans made from thokcha. They are traditionally held to be endowed with magic and protective power and in this respect are comparable to Tibetan Dzi beads......Beer (1999: p. 234) holds that:
"Meteoric iron or 'sky-iron' (Tib. gnam lcags) is the supreme substance for forging the physical representation of the vajra or other iron weapons, since it has already been tempered by the celestial gods in its passage across the heavens. The indivisibility of form and emptiness is a perfect metaphor for the image of a meteorite or 'stone fallen from the sky', manifesting out of the voidness of space as a shooting star or fireball, and depositing a chunk of fused 'sky iron' on the earth below. Many vajras held by deities as weapons are described as being forged from meteorite iron, and Tibet, with its high altitude, thin atmosphere and desolate landscape, received an abundance of meteorite fragments. Tibetan vajras were often cast from meteorite iron, and as an act of sympathetic magic a piece of the meteoric iron was often returned to its original site."

"The Black Stone, or “Al-Hajarul Aswad”, is an ancient Muslim relic that according to Islamic tradition, fell from heaven to form the altar upon which the biblical Adam and Eve performed their first sacrifice. The Black Stone was venerated before the founding of Islam, and is said to have been positioned at the eastern cornerstone of the holy Ka’aba in the center of Mecca’s Grand Mosque by the prophet Muhammad himself.

"The Roman Emperor Elagabalus, who reigned from AD 218-222, was formerly a priest at the temple of Elagabal in the Syrian city of Emesa. It was common in that era for stones – meteorites in particular – to be venerated as gods and the conical Stone of Emesa was a perfect example. The stone garnered fame across the entire Roman Empire thanks to Elagabalus, who brought it from Emesa to Rome upon his installation as Emperor......Elagabalus would put the sacred stone into a cart led by a team of matched white horses, with the Emperor himself leading the procession by walking backwards ahead of the cart. The processions were immortalized through the image of the Stone of Emesa and the horse-drawn cart being stamped into the reverse of Roman coins. After reigning for about 4 years and alienating the Roman aristocracy with social and sexual practices that made Nero look like a choirboy, Elagabalus was deposed, executed and thrown into the river Tiber; in roughly that order. The stone was returned to Emesa (modern-day Homs, Syria), there to decorate the city’s coins for a while longer before vanishing into the mists of history.

"The spectacular impact of the huge iron meteorite that dug out Meteor Crater in northern Arizona also scattered meteorite fragments across a wide swathe of the arid southwest. Many of these fragments of the Canyon Diablo meteorite were found on the ground by Native American tribespeople tens of thousands of years later – they proved to be a useful – and the only – source of iron used in tools and weapons. They were also often treasured and venerated as being visitors from another world (true enough) with strong shamanic powers......One such fragment was the Winona Meteorite, found in 1928 by archeologists excavating a former settlement of the Sinagua people dating from around AD 1070 to 1275. What makes the 53 lb. Winona Meteorite special is that is was found carefully wrapped and enclosed in a buried stone cistern, treated much as a beloved child who had died before his or her time. Curiously, the meteorite that had survived such a violent descent to Earth, shattered into tiny pieces as it was being removed from its carefully constructed crypt. 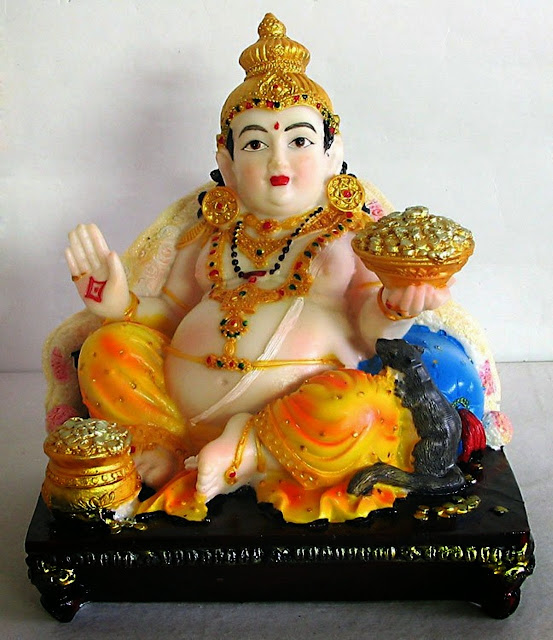